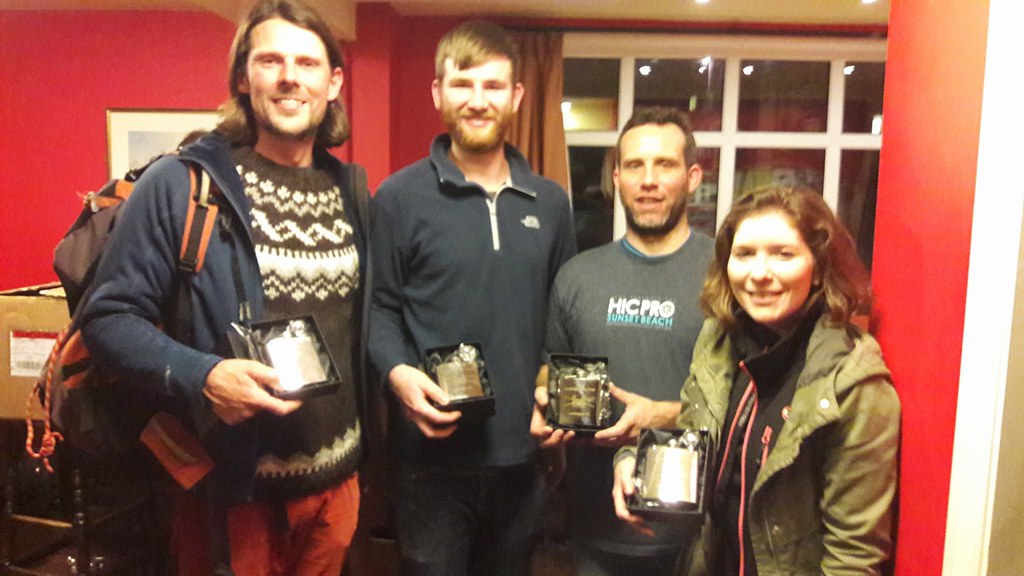 One for RS (via a tweet that Mann liked). The Smithsonian tells us about When Carl Sagan Warned the World About Nuclear Winter. And the Smithsonian links it to the treatment of global warming today. I feel uncomfortable with that: the science of GW is good; the science of NW has not aged well.

I've always felt NW was a bit weird. The effects of the bombs themselves would be catastrophic; I really couldn't understand why people would want to make it "worse". Yes, I know that people were talking about "survivable" nuclear wars but these are the same sorts of people who deny GW nowadays; you don't win arguments with such people by telling them that GW or nuclear war will be worse than they think, because... they aren't thinking anyway.

Looking back, I find I've said very little about NW. Probably because while I felt vaguely sympathetic to the idea, I wasn't comfortable with the science so kept quiet. In 2010 I'm snarky about the Economist, and could be read as defending NW along with some other stuff. But the main point at issue there is the Economist evading GW; they wouldn't do that any more. A quick search on sci.env didn't throw up anything there either. I've edited the wiki article; unfortunately it doesn't seem to be possible to get a good link to this, but if you go to the history and put "William M. Connolley" into the rightmost box and press "Isolate history" you see all my edits. I've definitely removed some material critical of it - e.g. this in 2006 - but that was unsourced and OTT. In 2009 I removed the assertion that NW ended the arms race and the Cold War, because that was bollox. This talk page archive is interesting; in 2008 I say I[']m not happy with the Seitz section "A 1986 article by Russell Seitz ...". Basically, Seitz fabricated various quotes. We shouldn't be giving them countenance. Oh dear, I hope he'll forgive me. That links to Nuclear winter: science and politics (Science and Public Policy, Vol. 15, No. 5, October 1988, pp. 321-334) by Brian Martin which I think is worth reading.

The wiki article is ambivalent. The opening para reads:


Nuclear winter is the severe and prolonged global climatic cooling effect hypothesized[1][2] to occur after widespread firestorms following a nuclear war.[3] The hypothesis is based on the fact that such fires can inject soot into the stratosphere, where it can block some direct sunlight from reaching the surface of the Earth. Historically, firestorms have occurred in a number of forests and cities. In developing computer models of nuclear-winter scenarios, researchers use both Hamburg and the Hiroshima firestorms as example cases where soot might have been injected into the stratosphere,[4] as well as modern observations of natural, large-area wildfires.[3][5][6]

and from that you can't tell much about whether it is considered plausible or not. Lower down there's a long "Criticism and debate" section and in the end, my reaction is just to back away from the whole thing as being something like Cold fusion.


One weird bit in the Smithsonian is


In the case of nuclear winter, the consequences of this backlash would be profound. In 1984, a small group of hawkish physicists and astronomers formed the George C. Marshall Institute, a conservative think-tank that supported SDI. Their leader was Robert Jastrow, a bestselling author and occasional TV personality whose politics were nearly opposite Sagan’s.

That is, I assume this Robert Jastrow. But wiki describes him as Robert Jastrow (September 7, 1925 – February 8, 2008) was an American astronomer and planetary physicist. He was a NASA scientist, populist author and futurist. Why would you describe him as a "bestselling author and occasional TV personality" - unless you were trying to diss him? That rather makes me doubt the article.

And as for "Both nuclear winter and global climate change are fairly abstract phenomena that occur on a scale beyond our immediate sensory experience" - WTF? GW is a long slow process, yes. NW isn't; it would be - if it's real - quick. It would also follow a major nuclear exchange, and calling that "fairly abstract" is just off with the fairies.


It was the Cantabs Winter Head today. Sadly the Powers that Be failed to enter the "Four of Whi(ne)" so I ran alongside div 3, and cycled alongside div 4. Div 3 was absolutely appalling; some terrible quality rowing by the first few (college) crews. Division 4 was much better, the highlight being the guests from Heidelberg RuderKlub who were powerful, controlled and relaxed at 33. Perhaps slightly too relaxed; they were 5 seconds behind Downing. And yes, they had an on-Cam cox so they did make it round the corners. But I'm delighted to say that our IV of Steve (with guest star Conor) won the S1 category.

Why would you describe him as a "bestselling author and occasional TV personality" - unless you were trying to diss him?

I think you're skipping over some context. They had already described him as the leader of a group of astronomers and physicists.

Funnily enough I heard something about nuclear winter the other day, maybe some memes going around. Apparently, during the first Gulf War Saddam was threatening to set fire to Kuwaiti oil fields and Sagan was warning that this would cause a mini nuclear winter, with vast amounts of soot being transported into the Stratosphere. Climate scientists seemed to think otherwise (PDF).

The effects of huge amounts of soot in the Stratosphere are probably pretty straightforward. The question seems to be how much would actually make it up there.

The devastating critical quotes from Dyson and Tsipsis Alexandrov were es real as those from Feynmany and the rest. and efforts to get them to recant by Sagan and his lawyers ( a dismal precedent) backfired- What Dyson told me was a paraphrase of a public lecture that subsequenlty appeared in one of his books., and , witness Martin's article, Tsipsis tortured denall of what Alexandrov had freely said on the record also folded on journalistic cross examation.

I wasn't the only one who noticed-

href=" https://vvattsupwiththat.blogspot.com/2017/07/history-of-climate-science-lessons.html the apocalyptic hype and stonewalling proved too much for such politically sympathetic journals as The New Republic,

and my recapitulation of the events of the Reagan years recently https://vvattsupwiththat.blogspot.com/2016/04/nuclear-winter-wages-of-hype.html

passed muster in the fact-checked and libel-reviewed pages of Nature.

Paul: the oil wells stuff is extensively covered in wiki; I think fairly. It doesn't exactly rub it in, but reading it, it is clear that Sagan was wrong.

Russel: glitch? I'm not sure why your linking is going wrong; here's https://vvattsupwiththat.blogspot.com/2017/07/history-of-climate-science-lessons.html. I'll add some of those to the post.

> I know that people were talking about "survivable" nuclear wars but these are the same sorts of people
> who deny GW nowadays; you don't win arguments with such people by telling them that GW or nuclear
> war will be worse than they think, because... they aren't thinking anyway.

I dunno. I recall reading about experiments done exposing forests to radiation at a level about what was expected from the survivable nuclear exchange, the plan requiring 2 weeks in a shelter then everyone coming out and resuming normal life (yeah, this would have been 1950s or early 1960s). The surrounding trees died. That provoked, as I recall, a significant rethink.


here they are correctly formatted:

At least on the subject of climate change.

After much prodding, I've uploaded In From The Cold : ' Nuclear Winter ' Melts Down, from

the Summer 1986 National Interest and given it a compact URL:

As That policy quarterly only went online in the '90s, reading the earlier issues has too long entailed an old fashioned paper chase ,

Truth, and truth's relationship to democracy.

I don't doubt that Trump would like to suppress reporting he dislikes. He is not alone.

I looked in the dictionary for "whataboutism" and found a Stoat.

Maybe you might read or listen to the speech?

Let me make it easy for you. Here is the cliff notes version, just 20 points.

"Between the mighty and the modest, truth is the great leveler."