Neoclassical tipping points of no return 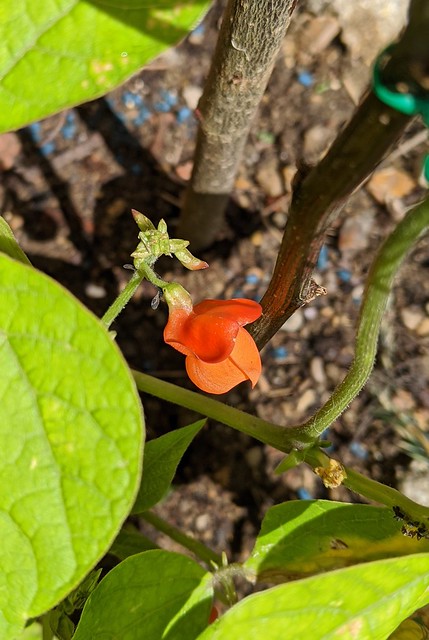 Via Twatter on Patreon and now semi-digested via ATTP, Steve Keen is complaining about "The Appallingly Bad Neoclassical Economics of Climate Change". Although he isn't really - the word "neoclassical" is just thrown in there as a kind of dog-whistle; what's he's really objecting to is current IAM damage functions, which is fuck all to do with neoclassicality.

I've talked about DICE damage functions before, and really all the same problems apply: yes there are problems with them, but you need to stop whinging about them and propose something better.

SK's conclusion - that these methods are Drastically underestimating damages from Global Warming - is I think largely unfounded based on his analysis, even if you grant most of his case; because almost all of his argument is attacking the existing damage functions, without replacing them, so he is in no position to estimate damages himself. SK notes that Natural scientists' estimates [of the damages from climate change] were 20 to 30 times higher than mainstream economists, which is fair enough, but doesn't resolve anything: those who know about GDP think the damage is low, those who know about the physics think it high. Another nice quote is it was hardly surprising, given that the economists know little about the intricate web of natural ecosystems, whereas natural scientists know equally little about the incredible adaptability of human societies.

SK tells me that Nordhaus assumes that 87% of GDP is unaffected by GW, and I'll assume that's true: Nordhaus justified the assumption that 87% of GDP will be unaffected by climate change on the basis that: for the bulk of the economy—manufacturing, mining, utilities, finance, trade, and most service industries—it is difficult to find major direct impacts of the projected climate changes over the next 50 to 75 years. (Nordhaus 1991, p. 932). SK is clearly not happy with N's analysis but provides nothing to dispute it; and it seems not implausible to me, and likely that the not-affected share will rise over time.

Other than disliking IAM's damage functions, and - I rather suspect, given his apparently gratuitous attacks on "neoclassical" economics - cost-benefit analysis at all, it is hard to know what SK's positive programme is. My guess is that he'd like to dispose of the CBA, and simply use something like a 2 oC temperature limit instead. This amounts to throwing out not just neoclassical, but all, economics and replacing it with a finger-in-the-air temperature target, albeit one that is widely diffused. I think that's a bad idea.


Who was that masked man, you'll be wondering. There's a wiki page. Guess what? He's a brexiteer (boo, hiss). He endorsed Corbyn, tee hee. Possibly more relevant to the issues here is his Debunking Economics.


* Cost and the Agony of Choice by Steven Horwitz at EconLib
* Crop Yields Under Global Warming - 2018
* Mass starvation is humanity’s fate if we keep flogging the land to death? - 2017
* According to the profession’s most popular theoretical models, optimal tax rates on capital
should be equal to zero in the long run–including from the viewpoint of those individuals or
dynasties who own no capital at all - Piketty and Saez (whose personal opinion differs) - h/t Timmy.
* The Opportunity Costs of J. Alfred Prufock - Econlib.
* "New paper @NatureClimate on DICE modelling in support of Paris Agreement targets. Typically Nordhaus' DICE yields 3-4C as "optimal" temp by 2100". Paywalled, so I haven't read it, but I think they've just near-zeroed the discount rate.
Posted by William M. Connolley at 8:06 pm

While currently food is about 10% of world economy
https://www.google.com/url?sa=t&source=web&rct=j&url=https://blogs.worldbank.org/voices/do-costs-global-food-system-outweigh-its-monetary-value&ved=2ahUKEwiZ0MSLtKXqAhWIZM0KHbG7Bs8QFjACegQIDRAH&usg=AOvVaw2efbE2SHQmN3iwwaqb5xMg
that will grow rapidly as the climate changes. Improvements in agronomy won't possibly keep up.

I hope he isn't related to Mike.

> While currently food is about 10% of world economy... that will grow rapidly as the climate changes

That depends on what you mean by "food" - your link uses a very broad defn. If you use "agriculture", then it is more like 1%, and will shrink further over time. Food-services could well rise, as people expend yet more effort on high-end food, but that's irrelevant to the how-much-of-your-GDP-is-exposed-to-the-weather discussion.

As to Piketty... wasn't he exploded some time back?

I have some sympathy with your argument that critics should try to have some positive alternative contribution. However, I don't think this is always necessary. One obvious criticism of IAMs is that their damage functions give what are clearly ridiculous answers for large changes in temperature. One could argue that they're not intended to be used for such large changes. Fine, but what is the region of validity? Similarly, if one were using these IAMs to estimate a social cost of carbon so that one could come up with a reasonable estimate for a carbon tax today, that might seem reasonable. Using them to argue that the impact of climate change in 2100 will probably be small (as some do) doesn't seem reasonable. So, that the critics don't necessarily have some viable alternative doesn't invalidate the criticism.

I think the argument that the damage functions can't be extrapolated too far is reasonable. But I still think that those arguing against need to put up something better. I mean that mostly in practical, rather than logical, terms: if all you've got is "I don't like this" and don't even have a proposal for doing better, and some or all of your crit looks shonky, then people will shrug and move on.

And I don't see SK engaging with those like me criticising him.

Piketty has floated another thousand page book, which the Graun likes muchly in translation.

No, William, food is essential. Ask the Syrians, the Yemeni, even the Cubans:
https://www.reuters.com/article/us-health-coronavirus-cuba-urban-gardens/facing-crisis-cuba-calls-on-citizens-to-grow-more-of-their-own-food-idUSKBN2402P1

Food is indeed essential. But since we don't disagree about that, I don't know why you prefix your comment with "No". What isn't essential is immensely elaborated food, which is what your 10% represents. That 10% includes high-end Michelin chefs at uncountable amounts per plate. But I've already said this, so I don't understand what point you're trying to make. You don't really think your 10% represents the base-cost of bare calories, do you? And given that the % of GDP that is Ag has steadily gone down, why do you expect it to increase in future?

Because Ag will become less efficient in the future. More on that later, but here is a big Ag school.

For now, feeling warm yet?
https://phys.org/news/2020-06-uk-increasingly-40c-temperatures.html

> More on that later

Ah well I shall await some substance.

> For now, feeling warm yet?

I saw Sweltering temperatures of up to 40C could be a regular occurrence in the UK by 2100 if carbon emissions stay very high says the Met Office but TBH these things tend to bounce off. I knew without looking that "if carbon emissions stay very high" was going to mean RCP 8.5, and now I look it does, so what's the point of that? More generally, these kind of studies seem nearly useless to me; a desperate attempt to make the std.predictions seem more interesting.

I was surprised to see Kenya on the list.

Yes, but: those countries are poor, and badly governed (well, they're poor because they are badly governed). Also I'm surprised not to see Venezuela and Zimbabwe and Yemen on the list. So I don't see that gets you anywhere: yes, they are food-insecure and yes they're likely to have a bad time if their climate changes faster than their govt improves: but at least in theory, improving their govt should be much easier than slowing GW. And would have the added bonus of making their lives so much better in so many other ways.

Here one observes that the majority of the people in the world spend a much higher proportion of income on food than in the USA or even the UK. Note this doesn't include "eating out":
https://www.weforum.org/agenda/2016/12/this-map-shows-how-much-each-country-spends-on-food/

Zimbabwe and Yemen were not sampled. In 2015 Venezuela was ok.

The oceans will rise. A mere 85 cm affects 5 million in the Mekong River delta. More than 10% of the world population lives no higher than 10 m about the current sea stand. Indeed, with that much SLR Holland and most of Bangladesh dissappear.
https://bravenewclimate.proboards.com/thread/159/climate-change-emergency?page=7

In addition to the loss of prime cropland, temperature increases decrease yields. Further, the yields are less nutritious.

> in addition to the loss of prime cropland, temperature increases decrease yields

I don't think this is true; or at least, not in the sweeping way that you say it. It may well be that in the present world there's some correlation, but that's different. There's often a relation at any one place between higher temperatures and drier; and drier can lead to lower yields; but I think that's largely in the dry-causes-warm direction of causation; so extrapolating that to warm-causes-dry-causes-lower-yields is dubious. Of its own, warmer temperatures isn't likely to be harmful and is likely in at least some places to be good, by extending the growing season.

This too is doubtful; GW is not that simple. I find it odd that you think that all change will be bad; from first principles, this seems unlikely; there will be some good, some bad. In that we and crops are adapted to present day, there will be a bias towards bad (from GW alone) but thinking that it is all bad is hard to understand.

By happy coincidence, out comes Emergent constraint on crop yield response to warmer temperature from field experiments. That suggests losses of up to ~10% / K, being somewhat pessimistic. But Crop Yields Under Global Warming tells me that we're gaining ~20% / decade; so even if we take the new stuff literally, we're still gaining overall.

Given the dramatic changes in many factors affecting agriculture, attributing any increase, decrease or stasis in yields is fraught.

One that is frequently ignored is change in the technology used by farmers/pastoralists. Not in the modern countries--in those formerly the poorest.