Lovelock shuffles off this mortal coil 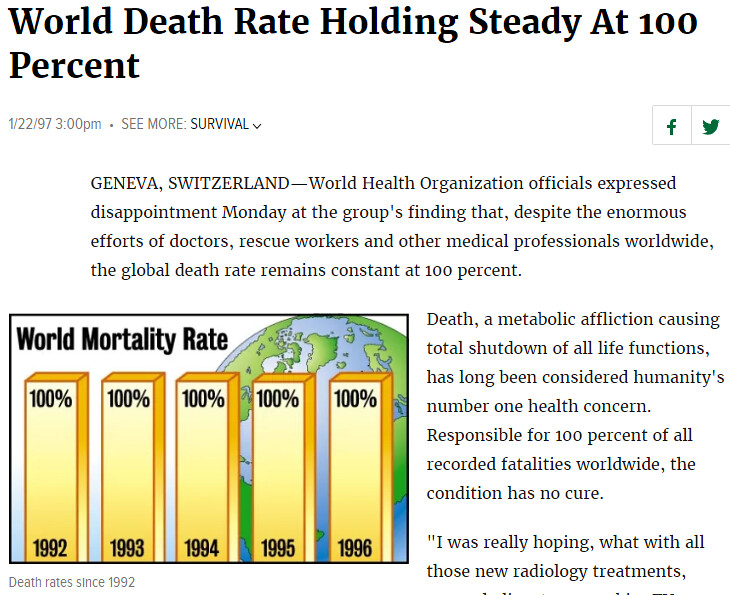 Having had fun with the Dork Side, I suppose I really ought to dunk on everyone's favourite uncle, James "Gaia" Lovelock. Who has recently pegged out, though he had a good run.

But I think my Junk from von S is a fair summary of where he stood on GW: he was confused. I'm not sure his final appearence in Is Bruno Latour a useless ponce? really represents his true value, but so it goes.

And - having just checked wiki - who could forget his spectacularly ill-judged "We need a more authoritative world... You've got to have a few people with authority who you trust who are running it... Even the best democracies agree that when a major war approaches, democracy must be put on hold for the time being. I have a feeling that climate change may be an issue as severe as a war. It may be necessary to put democracy on hold for a while". Sigh; we're back to the philosopher-kings so beloved of folks like him and Jim "back to Plato" Al-Khalili. If, say, Farage had said that the Graun would be all over him; but because it is cute-n-cuddly Lovelock, the Graun just rolls over.

I liked Gaia, though.

* Would You Abdicate If You Could Be the Dictator? 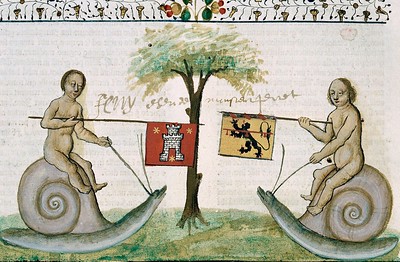 Tasteless but I couldn't resist. See-also Joseph D'Aleo suffers soft delete or Science advances one funeral at a time. Or perhaps it would be better to see Cainozoic history of southern New Zealand: An accord between geological observations and plate-tectonic predictions. Although if I look at CO2 "Science"'s obit, He leaves a legacy of sound science and dedication to the scientific process is rather pedestrian1. I'm expecting better from WUWT... nope; just a cut-n-paste of the CO2 "Science". Or vice-versa, who knows. By contrast, Kate Carter got "great scholar". Let's hope some of the Watties read this and feel the need to puff PM a bit. I'd like to accuse them of being small for taking a dig at Mann in PM's obit, but that would be rather inappropriate in a post like this.
And now I realise I forgot to do my due diligience: did PM make it into Stoat? And the answer is he's doing better at that; in Death at UAH I gave him "the real septics like Singer and Michaels and Inhofe". In Trump's EPA pick will make Obama regret his environmental overreach? he got "evil arch uber-villain Patrick Michaels" though I was riffing off this, he didn't really earn it all himself. And a few more, like MIT Climate Scientist Dr. Richard Lindzen urges Trump: “Cut the funding of climate science by 80% to 90% until the field cleans up’? but there he's a filler that just about makes the cut before I trail off: "Otherwise its Happer, Idso, Michaels… and then tails off into blanks". And "old" Stoat noted PM was a touch shy on the betting front.

* Empathy and denialism by Brian

* Weather and Climate Disaster Losses So Far in 2022, Still Not Getting Worse - Pielke

* Now, Read This Properly, Again: Tim Worstall looks at The oil and gas industry has delivered $2.8bn (£2.3bn) a day in pure profit for the last 50 years, a new analysis has revealed.

* ATTP: Limits to Growth? and my reply. It bounced off, of course. 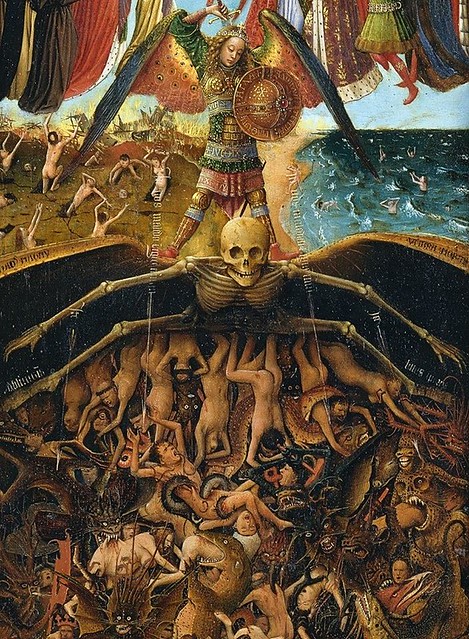 Reference Wikipedia:Articles for deletion/Joseph D'Aleo. Humiliatingly for Smokey Joe, the final delete reason is "The result was soft delete. Based on minimal participation, this uncontroversial nomination is treated as an expired PROD". Or, in other words, no-one cared. How the GW wars have faded. 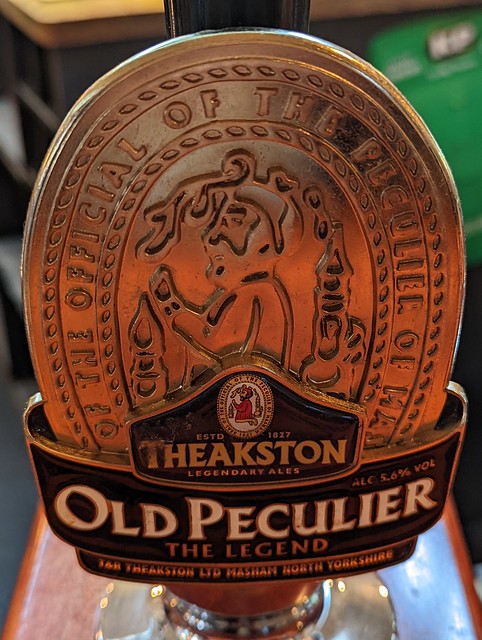 Capitalism, Socialism and Democracy is a book by Joseph "Creative Destruction" Schumpeter: "one of the most famous, controversial, and important books on social theory, social sciences, and economics" if you can believe wiki. I recommend it. I read it about six months ago and was going to blog it, but realised I really couldn't remember enough detail to do so properly.

Happily, that nice Pierre Lemieux has recently reviewed it. And he focusses, as anyone who cares must, on quite what did JS really mean? Because, contrary to what all who have read Mises or Hayek know full well, his words say that socialism is possible and that capitalism was on the way out. But was he being ironic? My answer is both yes and no: in describing how socialism is possible, he describes a whole series of modifications to "pure" socialism that would be necessary, and never actually says that at the end of all that, he's pretty well re-invented capitalism1. As to the inevitable end of capitalism, I think there's both an evil influence of Marxist historicism which is, wrong, obvs; quite a bit of poking fun at the worthless "intellectual elite"; and more correctly a recognition of the creeping influence of statist over-regulation, which is correct, alas equally obvs.

1. Ideally, at this point I'd support this with quotes and such, but I'm afraid you're out of luck there.

Posted by William M. Connolley at 4:51 pm No comments: 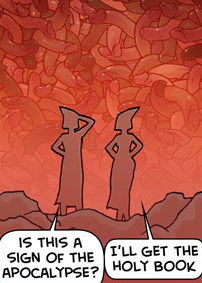 Kavanaugh’s views on EPA’s climate authority and Kavanaugh's other dangerous assault - on the environment? refer. Spoiler: I have little new to say. This post is, of course, occaisioned by West Virginia v. EPA. You may wish to read SCOTUSblog's take. Reading the opinion and dissent, my impression is that both sides seem to be somewhat losing patience with each other.
To recap my opinions: which way to decide this is a matter of interpretation; either way is defensible; overall I'm inclined to agree with the majority.

The Agency ultimately projected, for instance, that it would be feasible to have coal provide 27% of national electricity generation by 2030, down from 38% in 2014

The judgement doesn't make much of this, but I would: the much-vaunted plan was shite to begin with. It aimed to get coal down to 27% by 2030. And by 2022, without the plan in place, coal is... 22%. So what was all the fuss about? The plan was totally pointless. The idiot govt should just stop this nonsense.

From a twit by Mann, this piece by Trenberth, who really should know better. But, as roughly typical of that-kind-of-viewpoint, worth a breakdown. Calling the decision absurd is just wrong. KT leads with "As an expert on the science of climate change..." but hasn't realised that is irrelevant; the science wasn't an issue, as it wasn't in Alsup. He then mixes it up with "The decision is designed to tie the hands of EPA scientists to fight pollution and to protect air, water and our families from the climate crisis" but that isn't really true either. The EPA retains all those "ordinary" powers; what it doesn't get it power to regulate CO2, unless congress clearly states that it should.

* The Major Rules Doctrine
* Obama Climate Plan, Now in Court, May Hinge on Error in 1990 Law
* The Supreme Court throttles Joe Biden’s climate agenda - Economist
* How Effective Is (More) Money? Randomizing Unconditional Cash Transfer Amounts in the US
* Democrats Designed the Climate Law to Be a Game Changer. Here’s How - NYT. A claim that the IRA defines CO2 as a pollutant, to get around this judgement. We'll see.
* Trump taxes: Supreme Court clears Democrats to see returns - so much for the SCOTUS being a tool of Trump: Mr Trump hit out at the Supreme Court on Wednesday and said it had "become nothing more than a political body". "Why would anybody be surprised that the Supreme Court has ruled against me, they always do!" he wrote in a post on his social media platform Truth Social. He merely appointed some of them: they have no loyalty to him, or to anyone else.
Posted by William M. Connolley at 7:22 pm 12 comments: