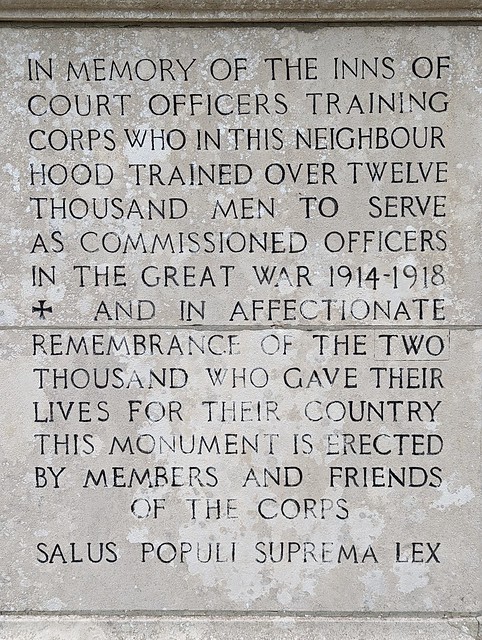 A placeholder post to keep Tom off my back while I write up Aristotle's Physics.
Salus populi suprema lex: the quote is from Cicero, and means The health (welfare, good, salvation, felicity) of the people should be the supreme law2. There's actually an extra "esto" you need to shove in to make good latin, but it kinda reads nicer without, or at least I presume that's what the people who made my monument1 thought. It is also the form that the Inns of Court use, and their latin is likely better than mine.
Like quite a lot of things, it sounds good, certainly good enough to write on a monument or use as your great seal. Nowadays, if you search for the phrase on Google your results fill up with fuckwitted colonials who think that taking the word "health" literally is amusing. Idiots. Anyway, where was I? Oh, yes...
It has a regrettably collectivist, as opposed to individualist, slant. The welfare of the entire populace demands that your individual rights should be overridden? Then over they go... You see the problem I hope. Or not even individual rights: taken literally, it offers the sovereign the ability to cast any specific law aside, in favour of the "supreme" law: in both early modern and classical contexts, salus populi was often used to justify the 'arbitrary' power of the sovereign, in the words of one random source I found on the internet. From context, and as this argues, the maxim is only supposed to apply in times of emergency; but alas people can be rather slippery about what counts as an emergency.
Will that do for now? Not one of my best, I know.

1. On Berkhamstead common.
2. Partial context, from an archive of Loeb: In the field they shall hold the supreme military power; they shall be subject to no one; the safety of the people shall be their highest law.
Posted by William M. Connolley at 8:51 pm 8 comments: 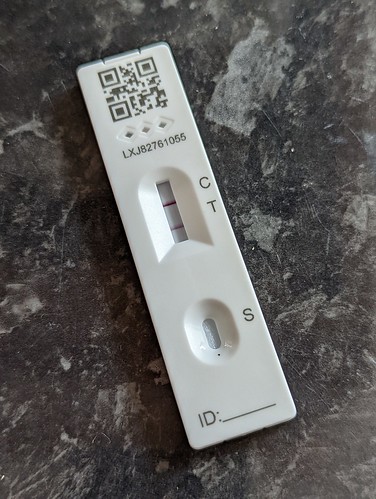 I have finally been zapped. As far as I know, for the first time. As a 58-year-old male in good physical condition who has been Double-Vaxxed and Boosted, I feel no fear and indeed feel little in the way of ill effects: just an irritating sore throat and cough.
However the test means I am working from home to protect my co-workers, and not attending the Works Easter Do (postponed from the Christmas Do) this evening, which is regrettable. I am doubtful that my co-workers require any protection, any more than I do from them; anyone Vulnerable won't be in the office anyway. The official NHS advice that I find does recommend staying at home, but doesn't insist on it.
As it happened I went back to the Old Place yesterday, but didn't interact with anyone.
Update: two days later, still it, but more faintly. Cough much better, barely there.
Posted by William M. Connolley at 12:18 pm 9 comments: 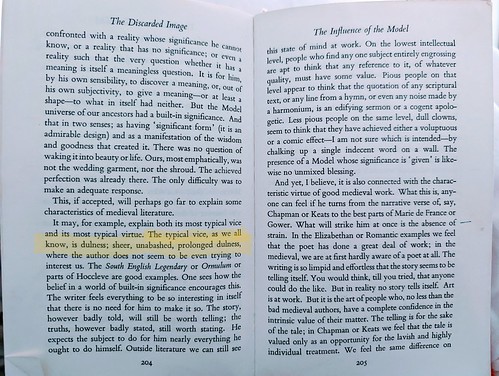 I'm glancing over the IPCC AR6 WGIII SPM, and so far am unimpressed. This is a "summary for policymakers" by people who have forgotten what "summary" means and who have never worked with policymakers. FFS, I'm 14 pages in and they've barely said anything interesting; if I was a policymaker I'd throw it at my wonks and tell them to produce a real summary.
And then we get things like my headlike, which tells you that this is written by and for people who want to fiddle.
I imagine there is something of interest in there somewhere though, so I might read on.
Posted by William M. Connolley at 11:11 am 3 comments: 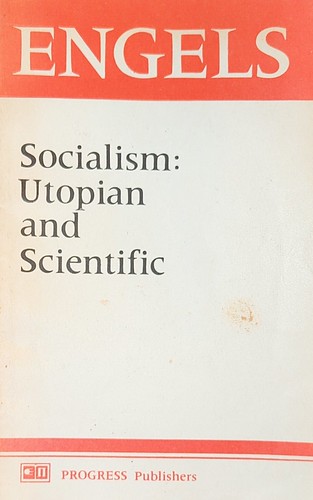 FFS, why am I reading this stuff? Mostly, because this slender pamphlet has turned up again in the chaos of our house move. If you're interested in an in-depth or - heavens forfend - sympathetic and knowledgeable review of this stuff, look elsewhere. I knew before I started that I was going to despise it, and only bothered read it to find out why. Should you wish to read the thing yourself, you can, courtesy of marxists.org. Wiki has an uninteresting article with no real analysis from which I'll leave you to find the historical context. My edition was printed in the late and distinctly unlamented USSR.
As befits any kind of socialst work, it begins in factionalism: it was written as part of the forgotten conflict of Anti-Dühring. We then get large slabs of turgid historical analysis, some of it direct quotes from Marx himself. For example "The real progenitor of English materialism is Bacon. To him natural philosophy is the only true philosophy, and physics based upon the experience of the senses is the chiefest part of natural philosophy. Anaxagoras and his homoeomeriae, Democritus and his atoms, he often quotes as his authorities. According to him the senses are infallible and the source of all knowledge. All science is based on experience, and consists in subjecting the data furnished by the senses to a rational method of investigation." Which is all spiffy, but Democritus's atomism, though it turned out to be correct, had fuck all to do with observation; it was made-up like so much of antient Greek physics. So it is weird to see Engels uncritically quoting Marx apparently talking bollox. And all of it irrelevant to his purpose, as far as I can tell.
Engels is convinced that in "Dialectics" he has found some interesting and valuable new way of thinking. In attempted proof of which he attempts to co-op science: Nature is the proof of dialectics, and it must be said for modern science that it has furnished this proof with very rich materials increasingly daily, and thus has shown that, in the last resort, Nature works dialectically and not metaphysically; that she does not move in the eternal oneness of a perpetually recurring circle, but goes through a real historical evolution. In this connection, Darwin must be named before all others. He dealt the metaphysical conception of Nature the heaviest blow by his proof that all organic beings, plants, animals, and man himself, are the products of a process of evolution going on through millions of years. But, the naturalists, who have learned to think dialectically, are few and far between, and this conflict of the results of discovery with preconceived modes of thinking, explains the endless confusion now reigning in theoretical natural science, the despair of teachers as well as learners, of authors and readers alike. This is of course drivel. Dialectic is a discourse between two or more people holding different points of view about a subject but wishing to establish the truth through reasoned argumentation. Dialectic resembles debate, but the concept excludes subjective elements such as emotional appeal and the modern pejorative sense of rhetoric. But whilst the idea of striving for the truth by allowing different viewpoints to contend is indeed valuable, this isn't a lesson that communism managed to learn. And of course once you've found that truth dialectics loses its value; to expound what you know can be done linearly.
Just what is Socialism, though? I'm glad you asked, because big E has the answer: so now modern industry, in its complete development, comes into collision with the bounds within which the capitalist mode of production holds it confined. The new productive forces have already outgrown the capitalistic mode of using them. And this conflict between productive forces and modes of production is not a conflict engendered in the mind of man, like that between original sin and divine justice. It exists, in fact, objectively, outside us, independently of the will and actions even of the men that have brought it on. Modern Socialism is nothing but the reflex, in thought, of this conflict in fact; its ideal reflection in the minds, first, of the class directly suffering under it, the working class. I hope that makes it clear for you. Alas for me it doesn't, so I'm forced to think for myself. And what comes out, in quote after quote in the little pamphlet, is: socialism is not liking capitalism. You don't actually have to have any clear idea of what socialism actually is - towards the end, it turns into unicorns-farting-rainbows while the state withers away - but you do need to know what you hate; which is increasing prosperity.
Posted by William M. Connolley at 7:59 pm No comments:

Lucia Liljegren is not notable 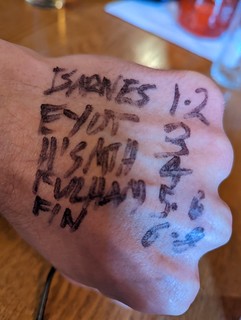 Those with long memories will remember Lucia Liljegren, though I don't think she figured much here. But! At least I care enough to note that she isn't notable: Wikipedia:Articles for deletion/Lucia Liljegren was closed as Delete. Is there anything else to say? I think not.
Posted by William M. Connolley at 7:51 pm 9 comments: