Climate change is costing trillions — and low-income countries are paying the price? Analysis of the effects of extreme heat shows that low-income, tropical countries have suffered the greatest financial losses, but is it true? Their source is Globally unequal effect of extreme heat on economic growth, which I will admit up front I don't understand, but since I blame them for writing a hard-to-understand paper rather than me for being stupid, that's not going to stop me posting. From this we see, roughly, that if you're hot you lose from warming and if cold, you gain. Astonishing. But wait, there is more. The vertical axis is "percentage points per SD of Tx5d", where Tx5d is something heatwavy.
How that reconciles with their later picture, which appears to show everyone losing, I don't quite know and couldn't be bothered to wade through finding out. If you know, do please comment1.
They don't I think provide a numerical breakdown of damages but lower-figure B is a map of absolute values, and as you expect are larger where there is more GDP, and least in Africa, so no it is not true that low-income countries have suffered the greatest loses. At least, not the greatest absolute loses.
As to the size of the losses, they are not closely bounded, somewhere between $29.3 trillion and $5 trillion perhaps; perhaps $1 trillion per year, or approximately 1% of global GDP; global GDP has grown at approximately 3% / yr over that period.
As usual, we end up with conclusions like "Despite these caveats, our findings have important adaptation implications: Targeting resources at heat resilience and early-warning capabilities for only a few days per year may yield disproportionate economic benefits...". And yet what we really notice is that richer countries do better. If you're going to imagine interventions, why not "become richer", which has a wide range of other benefits as well, and can as Adam Smith pointed out quite some time ago be arranged by peace, easy taxes, and a tolerable administration of justice? 1. The paper says "The discrepancy occurs because our damages calculation incorporates changes in mean temperatures along with extremes, so climate change has modified the marginal effect of extremes alongside their magnitude and frequency. Warmer annual mean temperatures make extremes more harmful (Fig. 1), so anthropogenic increases in average temperatures make extreme heat become damaging even where it originally appeared beneficial" but I find this dubious, because the temperature changes over the period in question aren't large enough.

* A Letter to a Progressive With Poor Reading Comprehension (re Hutt, Liberalism, Majoritarianism)

* Food: GHG emissions across the supply chain (twit); original at Our World in Data.

* How the West fell out of love with economic growth - the Economist.

* Why did California go head over heels for equity? Aside from the political valence of it and the point at which American society was less than a year after George Floyd’s death, it is classic bikeshedding. Most people in civil society cannot develop, manufacture, distribute, or administer a vaccine. Decrying systemic racism, on the other hand, is quite accessible. We exhaustively train the entire professional-managerial class in doing it. Accordingly, official discussions of strategy for the vaccination effort quickly bent toward systemic racism. Lacking any ability to contribute regarding one pressing problem, many individuals of good will focused on the other - The story of VaccinateCA 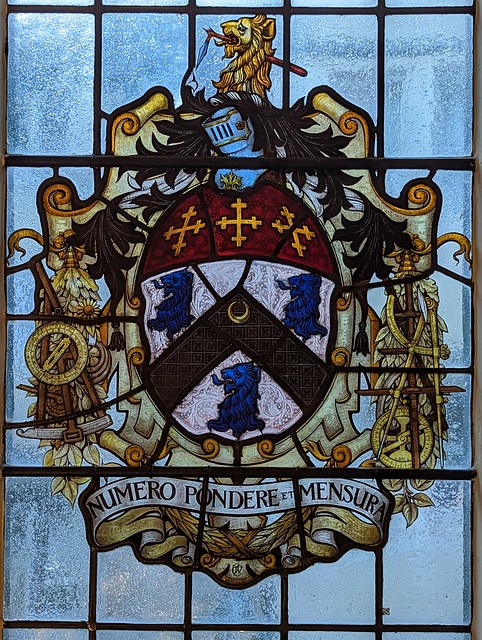 [This post I found among my drafts, from some time in 2005. It isn't, now, especially interesting, though Hobbes is always worth a read. But I publish it for myself, because it explains why I couldn't previously find the quote I knew I was looking for. See-also: The Greatest Liberty Of Subjects, Dependeth On The Silence Of The Law; Boris Johnson is a tosser.]
Weakly Hobbes? Monthly Hobbes? Anyway, I read Leviathan and liked it a lot, though a world ruled by Hobbes laws would be odd. Here he is on the interpretation of law (you'll find it in here), an interesting subject in these days of appointing supreme court judges:

All laws, written and unwritten, have need of interpretation. The unwritten law of nature, though it be easy to such as without partiality and passion make use of their natural reason, and therefore leaves the violators thereof without excuse; yet considering there be very few, perhaps none, that in some cases are not blinded by self-love, or some other passion, it is now become of all laws the most obscure, and has consequently the greatest need of able interpreters. The written laws, if laws, if they be short, are easily misinterpreted, for the diverse significations of a word or two; if long, they be more obscure by the diverse significations of many words...

I find the bit about "if long" resonates in these days of vast incomprehensible law books which nonetheless (to judge from the court cases one reads about) are full of loopholes and ambiguity.
Posted by William M. Connolley at 6:26 pm No comments: 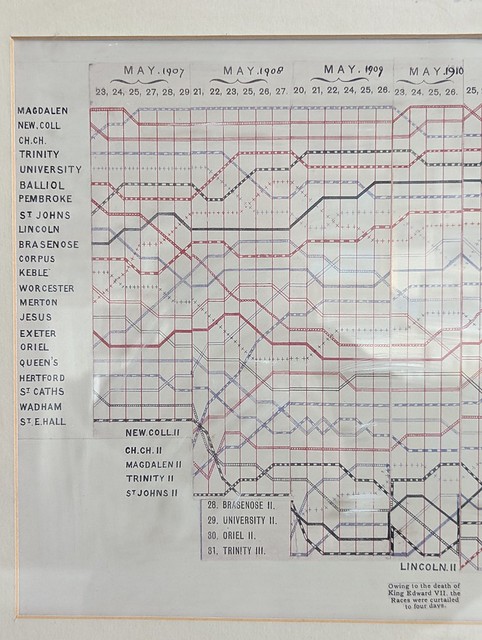 Utilitarianism, eh. I've previously described it as "broken" on the grounds that there is and cannot be any utility function to optimise, though now I come to it I can't find out where, though the Rawls stuff comes close.

ACX directed me to AXIOLOGY, MORALITY, LAW from 2017 which seems largely correct. And thus to rule utilitarianism, which also seems sensible, though most sensible when not clearly distinguished from classical liberalism1.

So Hayek on Hume is helpful, perhaps. Everyone wants Hume on their side. But perhaps more particularly Mill, in this case. And yet it is a rather weak version of Utilitarianism: Mill formulates a single ethical principle, the principle of utility or greatest-happiness principle, from which he says all utilitarian ethical principles are derived: "The creed which accepts as the foundation of morals utility, or the greatest happiness principle, holds that actions are right in proportion as they tend to promote happiness, wrong as they tend to produce the reverse of happiness. By happiness is intended pleasure, and the absence of pain; by unhappiness, pain, and the privation of pleasure." Use of "greatest-happiness" is regrettable, as this is (as before) just broken. But "tend to promote" is more defensible.

Yes, this is a rather weak post. I'm gathering my thoughts.

It's amazing how quickly a given event can go from being an international outrage to being a regrettable accident.

1. In which context, the Preface to the Second Edition of Hazlitt's Foundations of Morality is relevant: "If I have anywhere written a sentence which seems to imply that individuals are or should be always actuated by exclusively egocentric or eudemonic motives, I would now modify or withdraw it. I would emphasize even more strongly than I do in the section which runs from page 123 to page 127 that though the ideal rules of morality are those best calculated to serve the interest of everyone in the long run, there will nevertheless be occasions when these rules will call for a real sacrifice of his immediate interests by an individual, and that when they do so this sacrifice must be made because of the overriding necessity of maintaining these rules inviolate. This moral principle is no different from the universally acknowledged legal principle that a man must abide by a valid contract even when it proves costly for him to do so. The rules of morality constitute a tacit social contract. Is the moral philosophy advocated in these pages "utilitarian" or not? In the sense that all rules of conduct must be judged by their tendency to lead to desirable rather than undesirable social results, any rational ethics whatever must be utilitarian. But when the word is used it seems most often to arouse in the minds of readers some specific nineteenth-century writer's views, if not a mere caricature of them. I found it extremely discouraging to have my ideas characterized in one so-called scholarly journal as "straight utilitarianism" (whatever that may mean) even though I had pointed out (p. 359), however facetiously, that there are probably more than thirteen "utilitarianisms," and in any case had unequivocally rejected the "classical" ad hoc utilitarianism implicit in Bentham, Mill and Sidgwick, and espoused instead a "rule-utilitism" as earlier propounded by Hume. The review just cited only reinforced the conviction I expressed (also on page 359) that the term Utilitarianism is beginning to outlive its usefulness in ethical discussion. I have called my own system Cooperatism, which seems sufficiently descriptive".

* The Foundations of Morality by Henry Hazlitt

* Tradition and the Individual Talent by T. S. Eliot

* Who Will Carry the Classical Liberals? by Veronique de Rugy
* A white elephant flies: The world’s most pointless rocket has been launched at last
Posted by William M. Connolley at 9:47 pm 3 comments:

Pulling the wings off mosquitoes 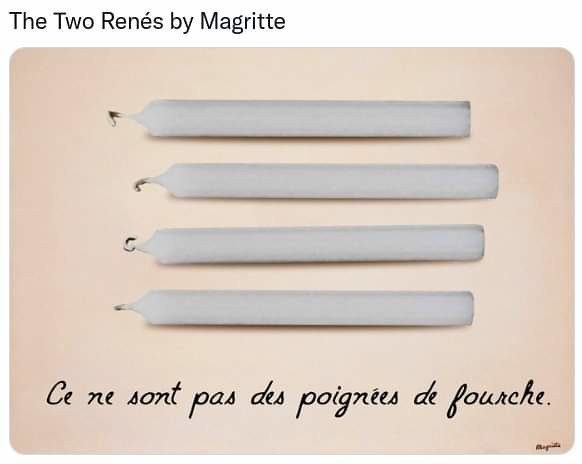 Kinda like pulling the wings off butterflies, execpt doing it to irritating things that deserve it. The target of my barely controlled ire is 400+ scientists to Hill+Knowlton: Drop Fossil Fuels, Make COP27 a Success (arch). Whenever you see something saying "n scientists..." you just know that most of them aren't going to be scientists; and you usually expect it to be something from the Dork Side... and perhaps this is. I make the count 424; of those, 123 have a bare Ph. D.; 64 bare M. D.; 75 bare MA/MS; leaving a little under 162 with some kind of affiliation, if only UCS; and I'm including the retired and emeritus in that. In fact its kinda weird how few have been persuaded to sign up to this thing. Oreskes and Supran are right up top, of course.

For example Kids are bearing the brunt of the climate crisis ... and that is the greatest injustice. Or We are on a highway to climate hell with our foot on the accelerator.
And still the torrent of drivel continues: Switzerland Is Paying Poorer Nations to Cut Emissions on Its Behalf. The agreements raise concerns that other countries will follow suit, delaying more difficult cuts of greenhouse gas emissions in wealthier nations from the NYT. Waste-of-time fat-western-handwringing: are we wearing our hair shirts properly? Is it a bad idea to do things efficiently? FFS.

That's not all (are you surprised?)

We read from Twatter "The cumulative scientific evidence is unequivocal: Climate change is a threat to human well-being and planetary health. Any further delay in concerted anticipatory global action on adaptation and mitigation will miss a brief and rapidly closing window of opportunity to secure a liveable and sustainable future for all. (very high confidence) {1.2, 1.4, 1.5, 16.2, Table SM16.24, 16.4, 16.5, 16.6, 17.4, 17.5, 17.6, 18.3, 18.4, 18.5, CCB DEEP, CWGB URBAN, WGI AR6 SPM, SROCC SPM, SRCCL SPM}" (my bold). This really is claiming that we're all going to die unless we act quick (see-also Lovelock: We're all going to die!). This is bollox, obviously. Foruntately, this isn't a quote from WGI, this is from the presuambly-heavily-politicised WG2 SPM. RP Jr is onto them, though. Also, António Guterres is really quite porky. He could make the world a better place by eating less.

* No, I Don’t Believe This - Timmy on the "fair shares" costs of climate funding
* Biden’s Protectionism: Trumpism with a Human Face
* FDA Deregulation Increases Safety and Innovation and Reduces Prices
* To treat the universal tendency of collectivist policy to become nationalistic as due entirely to the necessity for securing unhesitating support would be to neglect another and no less important factor. It may, indeed, be question whether anyone can realistically conceive of a collectivist program other than in the service of a limited group, whether collectivism can exist in any form other than that of some kind of particularism, be it nationalism, racialism, or classism.
Posted by William M. Connolley at 1:24 pm 7 comments: