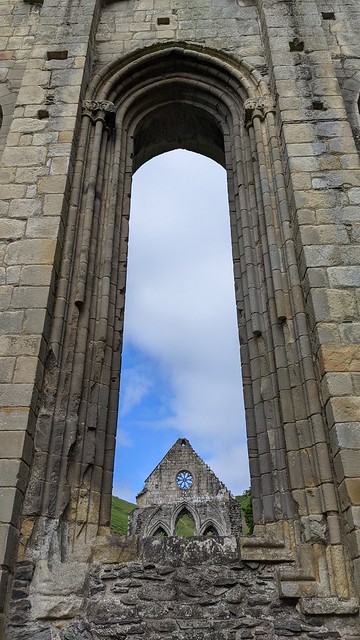 I'm reading "Enlightenment's Wake" by from-real-Jesus John Gray For details of that you'll have to wait, but he is annoying me by doing what so many philosophes do - and which Hayek and Popper so pointedly don't - using undefined terms. So this post is seeking a defn of the "Enlightenment Project".

Wiki offers, of The Enlightenment, The Age of Enlightenment (also known as the Age of Reason or simply the Enlightenment) was an intellectual and philosophical movement that dominated the world of ideas in Europe during the 17th and 18th centuries. The Enlightenment included a range of ideas centered on the pursuit of happiness, sovereignty of reason, and the evidence of the senses as the primary sources of knowledge and advanced ideals such as liberty, progress, toleration, fraternity, constitutional government, and separation of church and state. The page does offer a brief quote containing "project of Enlightenment" but I think that's not it.

How has this project got on? Pretty well, I'd argue. We don't all agree on all details of morality, but we do rather largely agree that our morality isn't grounded in religion. Actually I'm pushing that too far: I think many of the religious - who might even represent a majority in the USofA - would say that their morality is grounded in religion; but then we face the bizarre coincidence that those of us who are good atheists have essentially the same morality. You can try to get round that by saying you morality comes from your upbringing, and your parents were believers, but I don't really buy this. Let's poke around in the Ten Commandments, not caring about the numbering too much since people seem to differ on even that, and ignoring the "I am the Lord" type ones which I think everyone can agree can't be grounded in rationality, we get: Thou shalt not murder / Thou shalt not commit adultery / Thou shalt not steal / Thou shalt not bear false witness against thy neighbour / Thou shalt not covet thy neighbour's house or his wife or his slaves, or his animals, or anything of thy neighbour. If you then drop regrettable bits like implicitly condoning slavery, which rational secularism definitely doesn't; and making the wife in the same class as property of the husband like his animals, ditto; then we end up with a set that you can trivially justify rationally - I wave my hands here as to exactly how because that isn't my current point. And I'll add that a couple of them don't come through so strongly: against adultery, or honouring-they-father-and-mother. Adultery, I would rephrase as not-subverting-bonds, which makes it more justifiable (actually I think I barely need to do that; adultery is immoral, but may not be illegal, but that's different). HTFAM is harder; I notice it sits between the Lord ones and the Normal ones; wiki points out that they were enforced as law in many jurisdictions, and are still considered enforceable law by some; it also notes the connection with honouring god.

Given all that, why does JG believe that our age is "distinguished by the collapse of the Enlightenment project on a world-historical scale"? He continues with "shed their traditional allegiances and their local identities and unite in a [sic] universal civilisation grounded in generic humanity and and a rational morality..." And it seems that what he is sad about is "renascent particularisms, militant religions and resurgent ethnicities" (bear in mind this was written in 1992). And yet the secular West remains strong.

So his (implicit) defn of EP rather appears to contain a lot of practical politics, but I think he is over-pessimistic. I'm also somewhat doubtful that it can be meaningfully categorised as a "project", but that's a different matter.

Update: having talked to Mfd, I think the subset I picked - establishing morality by reason - was too narrow. I should probably have stuck with Wiki's version; and the distinction between EP and E is probably spurious; the modifier P is both unnecessary and confusing, in that it suggests a concerted planned effort that did not exist.

Another Update: from essay 6 (Agonistic Liberalism) we have "sought to found political authority on the rational choice of its subjects rather than on tradition or local prescription" which is nice.

A few authors have written on quasi-universal moral standards, among them Jonathan Haidt, whose book "The Righteous Mind" is a classic. A couple of takeaways - moral instincts are a bit vague and the details vary with culture and individual, and second, there is one moral standard for members of the in group and another for everyone else.

It is pretty clear that there are moral instincts and that they are widely shared.

This is why I was a bit queasy about adultery... I find it possible to imagine a culture in which it is permitted.

But not in Popper's Open Society.

I'm not sure what to do with that, or if it greatly matters. Either the religios or the enlightened can fit that into their scheme. Only if you were proposing to change morality would it matter. We have done this, e.g. on gayz.

So, to pick one of your items, rational morality means we all agree on what “Thou shalt not murder” means? So there will be no more war, no more death penalty, no more police shootings? No more abortion or fetal research? No more eating meat? Except of course where these things are perpetrated by the immoral?

In reality these are moral choices made by societies and individuals based on their cultural histories, which of course includes ancestry and religion, and also the arguments of moral philosophers. But I don’t think moral philosophy has contributed much that is widely accepted these days, so any “Enlightenment project” for this most be considered failed. Even Kant’s categorical imperative seems to be losing influence in a large segment of the world where ethnic nationalism argues that some people should be “more equal” than others. Religion has never been good on that front of course so it’s clearly not the solution. Perhaps we need better philosophers - or better priests - but ultimately it is the choices of the mass of the people and their leaders that matters most.

No, "murder" isn't identical to "kill". It means kill-outside-law. Any society needs the sanction of force, ultimately. Refer to Hobbes.

So what is moral is defined by the laws?

No, law and morality are distinct. But - to take the example of killing - morality, whilst forbidding killing-by-individuals recognises that there will be times when killing people is necessary for society-as-a-whole. But for the sake of the stability of society, this can only be permitted via the laws. This is the familiar state-monopoly-on-violence.

I may not kill you, even if I wish to, no matter how good my private reasons; and this is enforced by both law and morality. If the state instructs me to kill you then I may do so legally (obvs) and, most would agree, morally. Though the headsman was never popular; people prefer not to acknowledge the hard truths underlying their reality.

Police shootings are somewhat different, in that the theory is that the police will only kill in order to protect others, so it is a balance-of-evils.

Philosophers who ignore human nature, including our moral instincts, are as doomed to irrelevance as those who ignore the law of gravity. People like Jonathan Haidt and Christopher Boehm are trying to look for the morals people actually apply, not what they would like them to have.

Their investigations are cross cultural, and in Boehm's case, even cross species. What they have learned is that moral instincts are not created by societies, but like language instincts are shaped by societies. Thus, purity instincts are universal, or nearly so, but what is impure is strongly conditioned by society. The same can be said of fairness instincts, but once again, in group and out group get different considerations.

You make the same distinction. What you call murder is forbidden, unless it is the murder of someone declared to be murder worthy by society.

Sometimes Dr. C, I think that you are being deliberately choosing to be dense. Hitler didn't murder Jews and Gypsies because those killings were state sanctioned in your world. The difference between societal and state sanction is also another distinction without a difference.

And yes, killings in self defense, are killing that society and the state are killing of persons the laws explicitly declare "to be murder worthy." I used this circumlocution for a reason. The point, which apparently escapes you, is that the distinction between legal and illegal homicides can be a fuzzy one. That distinction is made in our minds and by our laws in terms of in group (those not legally targetable) and out group (those that are).

those that are = the condemned, whether enemies, perceived threats, Jews, or Gypsies.