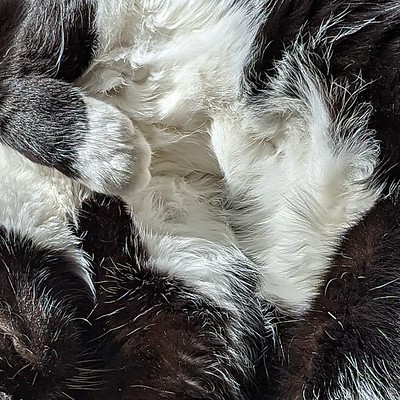 Ponders ATTP, based off Matthew Nisbet1. It must be admitted that MN looks rather young, but that doesn't mean he is wrong; after all, KR and I look rather old but that doesn't make us right.
Shall we begin by considering the word "emergency"? It seems obvious that the climate is not an "emergency". So the phrase "climate emergency" does not denote an emergency, on the topic of climate. Instead it constitutes a new phrase, CE. That is misleading; but as long as we don't get confused by the words, not a problem. But obviously, with that definition, if becomes invalid to say "there is a CE! Therefore there is an emergency! Therefore we must do things urgently!"
Next consider MN's chief complaint (he goes, I think, a little off the rails later on, failing to sustain over an over-long piece; that's common, but not a reason to dismiss his valid complaint):

Secretary-General António Guterres [said] “Can anybody still deny that we are facing a dramatic emergency? That is why today, I call on all leaders worldwide to declare a State of Climate Emergency in their countries until carbon neutrality is reached.”

I agree with MN that this is a Bad Thing, whatever AG actually meant by it. Perhaps he only meant it rhetorically. In which case, he's a pointless windbag, but still bad: there are quite enough strongmen in the world today all to happy to take rhetorical cover for evil policies; science and the UN should not be encouraging this. And if he meant it literally - declare a state of emergency - then he's a nutter.

Weirdly, ATTP offers as defence of CE Also, neither Matthew Nisbet nor Mike Hulme seemed to provide some kind of viable alternative, at least not one that I could see. If we should avoid acknowledging a climate emergency, what should we do instead? First, this doesn't address MN's in-my-opinion-valid complaint re AG's language. Second, I think "we must do something; this is something; let's do it" is bad; saying so does not require an alternative and defending doing random-thing merely because someone has pointed out it is bad but provided no alternate is... bad. Third, there's always an alternative: carbon tax.

* Bartleby: Why the bullshit-jobs thesis may be, well, bullshit. David Graeber’s theory isn’t borne out by the evidence; h/t Timmy.

1. Honesty - or perhaps a gratuitious desire to insult - compels me to admit that I had previously declared that Prof. Matthew Nisbet is a twat.

I am here to declare a limited pensions emergency. Please send me money to alleviate this horrendous condition.

Climate change is an important problem, not an urgent problem.

Nothing bad happens if we don't do anything about it this year. Or next.

Important to do, like changing the oil in an engine. Nothing bad will happen if you go a mile or a day past the recommended interval. If you don't do it, however, the engine will die.

Over at ATTP's, Tom wrote and I liked it enough that I'll put it in here:

Greta Thunberg believes we are facing an emergency due to climate change. Marc Morano does not. I think it would be worthwhile examining the information that shaped their points of view. Superficially and from a great distance, I would give a preliminary characterization of both sources of information as less than optimal. Thunberg’s sympathizers spend a lot of time attacking Morano’s sources of information and the reverse is also true. I submit that the critics on both sides are right more often than they are wrong. The quality of information regarding climate change falls off dramatically when it is released into the wilds of public discussion.

(my bold). I'm seeing the same on the Covid lab-leak theory: 95% of the words go on attacking implausible fringe positions. Here's the most recent to come to mind.