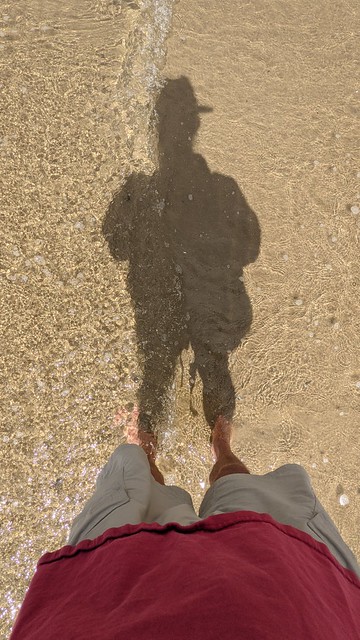 Rawls: some initial quibbles refers. Before I forget, a note: his is a theory of Justice but, it is not a theory of criminal justice. In it, everyone is assumed to obey the law. This is sensible; knowing what is just is different from knowing the penalties for those who are unjust.
Overall: Rawls is trying to construct a schema for Justice; he introduces the Veil of Ignorance to facilitate this. Unfortunately, he decides to mix in "social justice" or "economic justice", which
1. requires him to be able to solve f(justice-rules)=society and be able to evaluate society(person) and compare between different rule-sets. This isn't possible, so the comparisons he depends upon cannot be done.
2. assumes that everyone is completely risk-averse, and so asserts that given the choice between society_A; and society_B which differs only in that you have a 50% chance of a 10% decrease in prosperity and a 50% chance of a 100% increase in prosperity, everyone would chose A. This is false, so large swathes of the work become invalid.
We continue into chapter 2. He states in a provisional form the two principles of justice that he believe would be chosen in the original position (p 60):

1. each person is to have an equal right to the most extensive basic liberty compatible with a similar liberty for others.

2. social and economic inequalities are to be arranged so that they are both (a) reasonably expected to be to everyone's advantage, and (b) attached to positions and offices open to all.

The first is, I think, reasonable. Per "quibbles", it can be quibbled, but nonetheless I don't want to; I and I think almost anyone would accept it - well, in principle; actually I'm going to quibble the details in a moment.

(b) needs further sub-quibbling: as written it is ugly; what he wants to say there should be part of a more general statement about non-discrimination. And "open to all" does not preclude age, aptitude or rectitude tests, for example.

Coming back to 1, I dislike rights-based language (see The Trials of the State, "Chapter 3: Human Rights and Wrongs"). We're in social-contract land here, remember, so the correct formulation is expressed in terms of the liberty that you give up (we all give up similar) and/or the restrictions that the govt is allowed. The model is of course Congress shall make no law respecting an establishment of religion, or prohibiting the free exercise thereof; or abridging the freedom of speech, or of the press which does not give you a defined right of free speech, instead is prevents the govt from preventing your free speech.

He regards 1 as prior to 2, so I also need to quibble the placement of 2b, which should be part of 1.

Continuing (p 62): the two principles (and this holds for all formulations) are a special case of a more general conception of justice that can be expressed as follows.

All social values-liberty and opportunity, income and wealth, and the bases of self-respect-are to be distributed equally unless an unequal distribution of any, or all, of these values is to every one's advantage.

Injustice, then, is simply inequalities that are not to the benefit of all.

This is wrong. Mixing up economic factors amidst liberties is a category error. And his defn is injustice is I think untenable. The nearest thing we have to an exemplar is the US constitution, and none of the original seven articles involve "social and economic" matters (article one empowers regulating interstate commerce, but I think that's not-in-the-sense-he-means). I think you have to go down as far as the eight amendment which "protects people from having bail or fines set at an amount so high that it would be impossible for all but the richest defendants to pay" to get even close, and that's not very close.

Still on p 62: Imagine, then, a hypothetical initial arrangement in which all the social primary goods are equally distributed: everyone has similar rights and duties, and income and wealth are evenly shared. This state of affairs provides a benchmark for judging improvements. This idea would be reasonable (we think of something basic and imagine improving it) except it is the how-to-divide-a-fixed-pie fallacy. In the real world, nothing is so static; changing the distribution of wealth changes the rate at which wealth accrues. Example: Amazon makes us better off (how do we know? Because we use it. If it didn't, we wouldn't) and the price for having that available is Bezos becoming really very rich indeed: inequality. The fixed-pie mindset isn't trivial: it is very much the difference between the "progressive" and "capitalist" mindsets. Rawls is, I think, going to tie himself up in knots over this; my solution, as I've said, is to leave the economics out of justice entirely.

Usually, Rawls speaks as though of a static society. Occasionally - e.g. p 78 - he admits of the possibilities of change and improvement. However, he also needs to be able to compare, effectively numerically, societies or the positions of folks in same; and it isn't clear he has any way of doing so between two changing societies, except in the trivial case of one being strictly better than the other for everyone.

On p 75 we find The intuitive idea is that the social order is not to establish and secure the more attractive prospects of those better off unless doing so is to the advantage of those less fortunate. However, this is presuming several things: one of them is his unexamined - probably not even thought out - implicit assumption that society will be deterministic from the principles of justice established. This is unlikely to be true: establish some principles and keep them fixed; then repeat ten times: setup some laws, form a society: and you will get ten different societies. And of course, those societies will be unpredictable in principle. So his people, behind the VoI, cannot make the judgement (would these rules be "to the advantage of those less fortunate"?) he is expecting of them.

To make any sense of this we have to admit that we're actually thinking of a rather different situation: us, in today's society, thinking about making small enough incremental changes (ha ha: so we're really in Hayek-world) that we could meaningfully make the comparisons he needs. But then we're not behind the VoI and our prejudices return. This can be rescued: because we're really only interested in the abstract principles of justice - we don't actually believe this is a programme that will be followed through in practice - so we can perhaps recover our judice.

p 85 and on discusses perfect, imperfect and pure procedural justice. Perfect is when, if you follow the rules, you get the right answer: cutting a cake fairly can be done by the person cutting choosing last (no collusion). A criminal trial, even if conducted fairly, may reach the wrong result and thus the process is Imperfect. A Pure process is one where there is no right result, and so is "just" as long as the process is followed: a game of cards, for example. We then try to apply this: Suppose that law and government act effectively to keep markets competitive, resources fully employed, property and wealth... widely distributed by the appropriate forms of taxation, or whatever, and to guarantee a reasonable social minimum. Assume also that there is fair equality of opportunity underwritten by education for all; and that the other equal liberties are secured. Then it would appear that the resulting distribution of income and the pattern of expectations will tend to satisfy the difference principle. In this complex of institutions, which we think of as establishing social justice in the modern state, the advantages of the better situated improve the condition of the least favored. Or when they do not, they can be adjusted to do so, for example, by setting the social minimum at the appropriate level. As these institutions presently exist they are riddled with grave injustices. But there presumably are ways of running them compatible with their basic design and intention so that the difference principle is satisfied consistent with the demands of liberty and fair equality of opportunity. It is this fact which underlies our assurance that these arrangements can be made just. So I think what he is saying here is close to what he should say: effectively, that if we run the system forwards, and the system itself is not unjust, then the end result will be just, even if not all receive the same shares. He then notices (p 87) the immense advantages of this: you don't have to keep track of an endless variety of circumstances. But how he fits this into his previous work, I don't know.

p 90-91: considering Utilitarianism, he notes that requires maximising some utility function, and that can't be done (he isn't quite brave enough to say that) whereas he asserts his difference principle can do better (but only relatively so, which is why he doesn't want to absolutely reject max-util, cos he needs some of it himself). This isn't convincing.

* There is one clear monopoly in this ecosystem, however: the state. Any legislative or regulatory restriction on Big Tech will not be a triumph of the oppressed over the powerful. It will be yet another instance of the already powerful wielding the state’s machinery to compel private companies to do what they want, likely at the expense of their market competitors or political enemies. Such reforms are far more likely to be censorship than to reduce censorship, in the strictest sense. Don't Try To Fix Big Tech With Politics via CH.

"Mixing up economic factors amidst liberties is a category error."

Pharaoh owning everything gives you no liberties.

If Gini ~ 1, then almost everyone has nothing. Their only economic choice is to take the work offered at the pay offered. Almost everyone has zero economic freedom. Along with that, everyone would have zero other freedoms. Religion? What ever the big guy demands. Speech? Press? Association? No different.

But you're imposing a distribution, which is unrealistic and uninteresting. You're not considering "economic factors" at all. Imposing (designing) institutions is the game.

I'm pointing out that there is a relationship between economic factors and liberties.

Do you seriously claim that wealth distribution isn't an economic factor? Oh, and a political factor?

Your previous assertion wasn't quite a "relationship", but rather one-way causation; that econ can determine liberties. But in order to find that, you had to move into an unrealstic part of parameter space.

As to whether WD is an EF: consider the example of climate sensitivity. The denialists routinely assume there's a dial on the GCMs, marked "CS". You're doing something similar with your Gini coeff / WD: that you can set the dial to any desired value. But actually the distribution is an emergent property of many other factors. It isn't, itself, a fundamental quantity.

You claimed no relationship at all, moving the goal posts a bit? As for unrealistic, historical societies have had Gini WD near 1. What about history has made that outcome unrealistic in the present or future? Unlikely, perhaps. Inefficient, yes. Unstable long term, seems likely.


I'm unsure why you claim WD is an emergent property. Seems to me that it could determine other properties, unlike "CS".