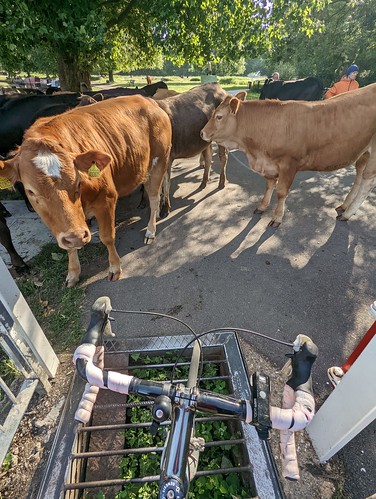 I've said this before, alas in the middle of posts that no-one read, so I'm going to say it again to make it more explicit: I dislike rights-based language.
To quote myself from The Trials of the State, chapter three, and Rawls, continued "The model is of course Congress shall make no law respecting an establishment of religion, or prohibiting the free exercise thereof; or abridging the freedom of speech, or of the press which does not give you a defined right of free speech, instead it prevents the government from preventing your free speech". And this is better because it makes it clear that only the government is constrained. And that is so because only the government is overwhelmingly powerful.
Just like separation of powers it can be helpful and a convenient shorthand to use words like "rights", but only if you are also able to recast your arguments into forms that don't use those words.
In the case of "the govt shall not..." it is clear what is intended, even if there may be some fuzzy edges. In the case of "rights" it really isn't clear what is meant at all.

The problem with SCOTUS looking to whether a “right” is “deeply rooted in our history or traditions” is that our history and traditions are filled with genocide, slavery, brutality and misogyny. Why should we limit our “rights” to things that have only existed for those in power?

I'm kinda padding out a thin post with this, taken from a Twit by George Takei. But he does at least put the word right into quotes. The answer, of course, is that there is no reason for such a limit, and indeed that limit doesn't exist. Things like gay marriage are now permitted; or, better said, discrimination (by govt) against gays is now forbidden. But if you want to create new "rights", you have to create them anew, not by finding them in old texts, where they aren't. The USAnians even have a mechanism for this: constitutional amendments. These only work for things that a large marjority agree on, which is as it should be: "rights" are big important things, and should be things that the mass of the citizenry accepts (I'm being imprecise; "rights" can be granted by Congress too; see for example Legislation: BOSTOCK v. CLAYTON COUNTY, GEORGIA).

* There should be a law to the People besides its own will
* Human Smuggling is Underrated
* Accounting For College Costs via ACX
* What Majority Should Rule?
Posted by William M. Connolley at 11:05 am

Gawd this brings back my teenage reading of Heinlein. In Starship Troopers, Mr. Dubois states that man has no natural rights. A debate ensues. Dubois wins.

That's why we constrain government. Because the concept of 'rights' is not found in nature.

I agree with you (and Tom). Is the pic referencing the post? Non-rights of cyclists?

Tom: I partly disagree with you, following Hobbes: in the state of nature, everyone has a right to everything; and we agree to give up some of these rights when we form society; we wish to constrain govt to prevent it removing more rights. And so in this model the govt can take away rights (and we wish to prevent that), but not give them.

Starship Troopers: indeed; see also my review. I didn't bother analyse RAH philosophy carefully there, I limited myself to being sympathetic.

As to the pic: I took it a few days back and didn't put it onto fb, so it here represents a conflict of rights :-)

Maybe you might find a way to discuss abortion that focuses on responsibilities rather than rights. Who is responsible? Then should the responsible person make the decisions?

Or is that too hard?


Then try on this:

> responsibilities rather than rights

Well, it is a thought. It didn't make me think anything in particular though, and Googling was rather thin, but I found this. It takes a long time to get going but on p 604 we have a table of rights and responsibilities. But it doesn't appear to end up anywhere new. If you had any ideas of your own that flow from this viewpoint, do feel free to share them.

I did rather like A political order in which rights consciousness is highly developed is prone to instability unless counterbalanced by norms of duty, obligation and responsibility. That does rather seem to describe aspects of the situation rather well. A problem of course is that the "rights" can be rather precisely described, but the "norms of duty" are much vaguer.

The Problem with these 'messy compromises' is that these are still attempts of hapless dudes (plus some female collaborators) to control the female body. Doesn't work. Did never.
As long as the fetus is in the womb, the person-with-womb will have the last say. She can do a catholic abortion, like 'going into the water', i.e. committing suicide.

That's a messy compromise I would accept.

What I find unacceptable is this:

Malta is ultra-catholic. As are Poland and Ireland. No good travel destinations for pregnant women (at least the Maltese are beginning to realize that this kind of awfulness will damage their tourism revenue).

I think we're forgetting that part of being in a 'society', the reason we give up rights, is actually to protect some rights. The Govt is responsible for protecting some rights.

I doubt the supremes set clerks to work beforehand estimating the carbon footprint through 2100 of those benefitting from their support of the Pro-Bastardry Movement.

The impact on population growth is clearly non-zero.

> I think we're forgetting that part of being in a 'society', the reason we give up rights, is actually to protect some rights. The Govt is responsible for protecting some rights.

I'm not sure this is correct, though it may depend on what model you use. On Hobbes's, we start with the right to everything and give up the right to, say, kill people because we prefer a society in which no-one (except the state...) has a right to violence. But in that model the state is exclusively prohibiting things rather than protecting things; you don't have a "right" to not be murdered so the state isn't protecting that right.

Had God not said: "Let there be Hobbes !"
He could scarcely have endowed us with the rights enumerated by America's founders.