The Senate Democrats’ Special Committee on the Climate Crisis: report

Via Twatter. Being pols, they are delusionally optimistic; from the intro:

What we are describing is a future with an improved quality of life, more fairness, and better products. Cars will be better—safer, cleaner, quieter, and you will never need an oil change. Indoor air quality will improve. Windows will be solar panels so that whole skyscrapers, and not just roofs, generate clean electricity.5 The materials used to build homes and office buildings will store carbon instead of being a significant source of carbon pollution.6,7 By powering American homes with clean energy, electricity prices will be more affordable and more stable. Clean energy is already cheaper in many instances, and prices continue to drop fast.8

(my bold). The windows stuff is work-in-progress and my prediction is that it will never amount to much, since it's pointless. The "renewables are cheaper" stuff has the usual problem: if renewables genuinely are cheaper, they will be quickly adopted, and the useless interferring pols should just get out of the way. But actually they aren't, quite, yet. Very likely they will be soon, for some not-too-distant definition of the word "soon", but we're not quite as far forward as these happy folk would like to think. Which is why the entire process won't be as cheap and painless as their intro appears to suggest. ACHIEVING A CLEAN ECONOMY WILL CREATE MILLIONS OF NEW JOBS in our country and positively impact household income.12. Unfortunately ref 12 is a 404 (and from the URL didn't look desperately high quality anyway. Also, jobs are a cost not a benefit; but you either knew that already or won't believe it).

But enough tedious snark, what of the actual content?

[Note: published at end of year at review, but it looks like I didn't bother with the actual content and I presume the whole report has been forgotten now anyway.]

Posted by William M. Connolley at 8:58 am No comments: 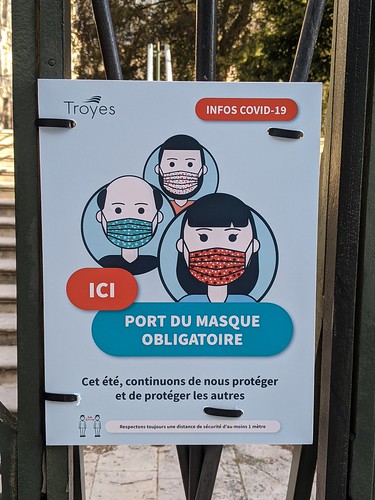 The French mountain huts website told us to fill out a similar form, and it too was a total waste of time. Somewhat more annoyingly, the sites told us that due to Covid there would be no blankets and we needed to bring up our own sleeping bag. That turned out to be nonsense too but cost us 1 kg each. As it happened, it was a fairly warm period, and I just slept in my sheet liner anyway. 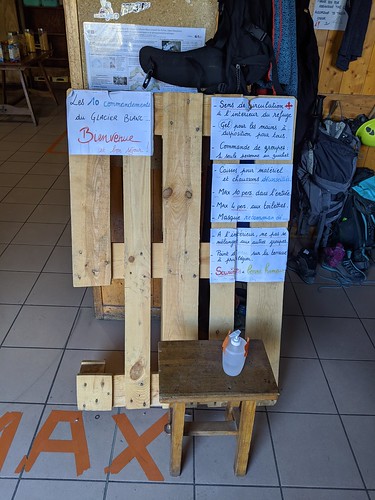 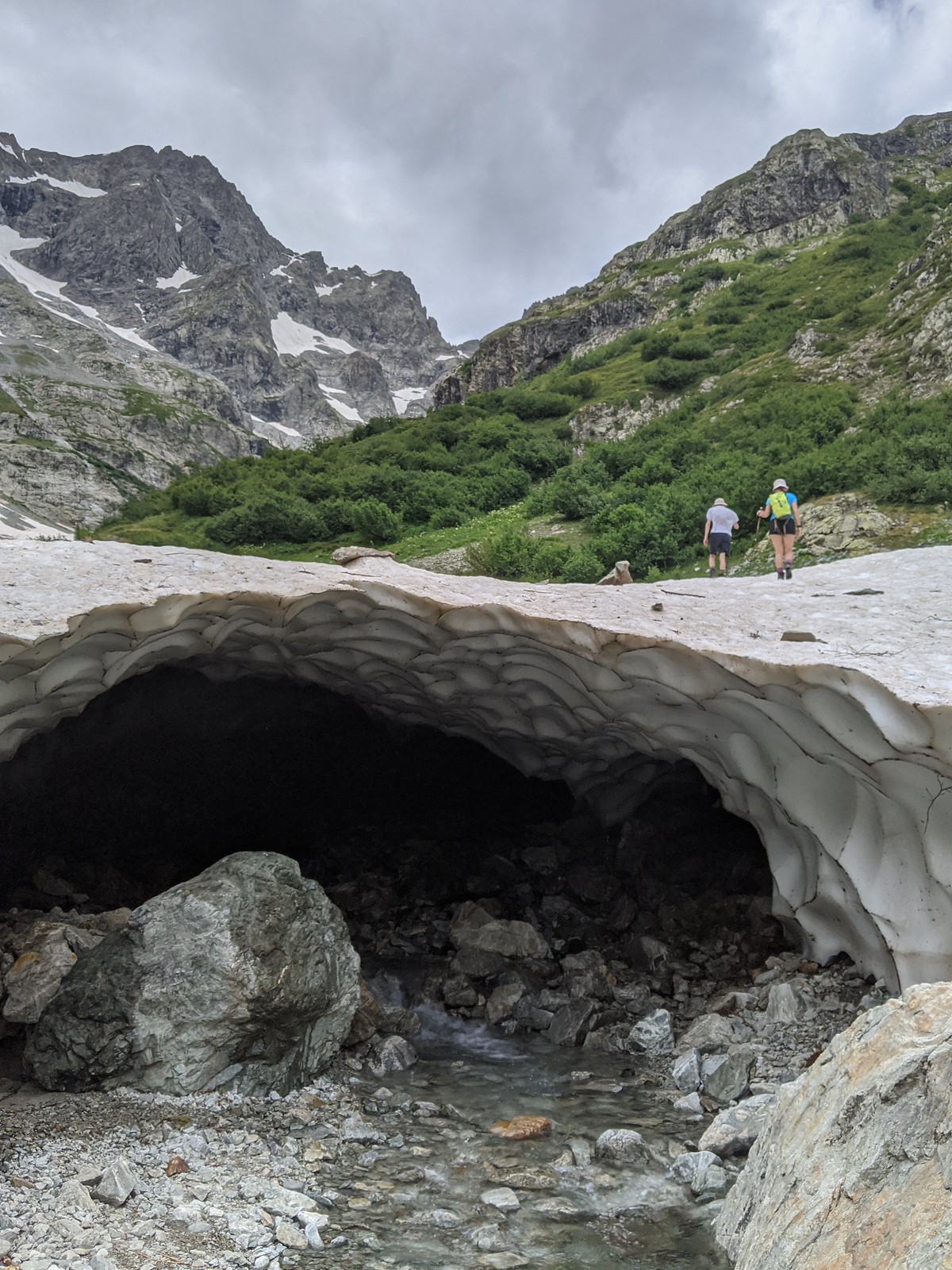 * What’s Destroying Our Culture?
* You Will Not Stampede Me by Bryan Caplan
* Newton on diffraction
* A blurb too far - Kerry Emanuel on Schellenburger.
* The curious task of economics is to demonstrate to men how little they really know about what they imagine they can design - From The Fatal Conceit by F. A. Hayek, via TF.
* The new McCarthyism by Scott Sumner
Posted by William M. Connolley at 8:54 am 7 comments: 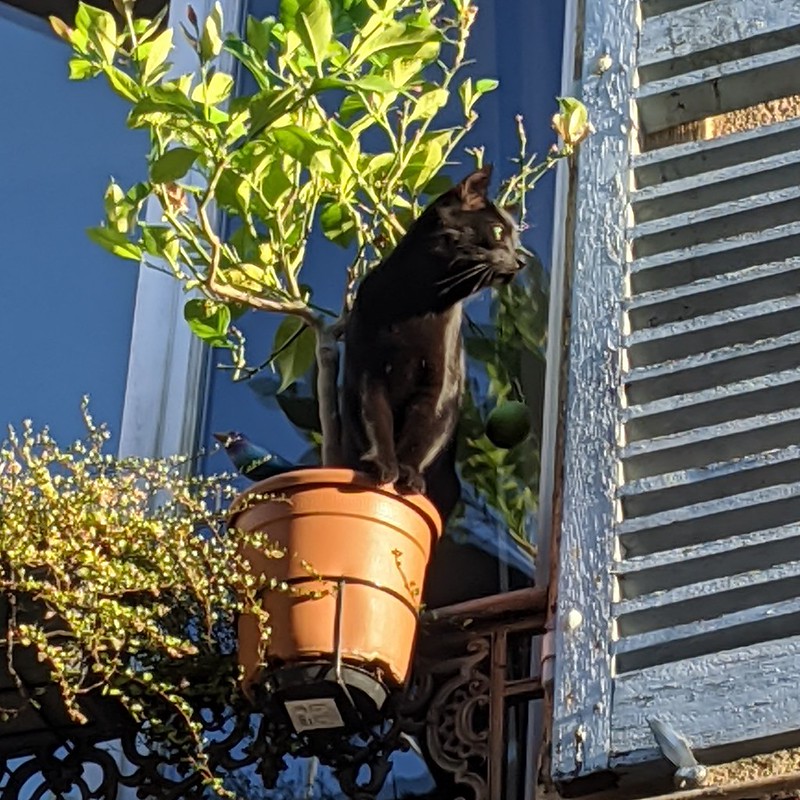 Did you miss me yeah, while I was away?

I'm back. Did you miss me? Well no probably not. We were back in the Ecrins, I shall bore you with more pix later, but for now this is a placeholder to excuse my failure to respond to comments and posts.

This pic largely summarises our holiday, if you know where to look.  Taken from the Montagne des Agneaux which I have finally got up. It is a good route, but long. Center: Glacier Blanc, and high point slightly L is the Barre des Ecrins. Sadly, bits of serac had fallen off not long ago and so it was strongly deconseillee. Instead we did the Pic du Glacier D'Arsine - on the spine to the R of the Gl Blanc - and Point Louise - again on the spine but further back. Before the Agneaux we did the Dome du Monetier, well sort of, actually the Pic du Rif, which is above the snowy glacier to the L, from the Lac d'Eychauda, which is off the pic and too low to see L. Peaking out off R are just visible two milky blue lakes at the Col d'Arsine, where we walked up to camp for our last night up. Looming darkly mid-L are the dents of the Pelvoux, which we once again didn't even attempt.
Posted by William M. Connolley at 9:10 pm 7 comments: