The global CO2 rise: the facts, Exxon and the favorite denial tricks? 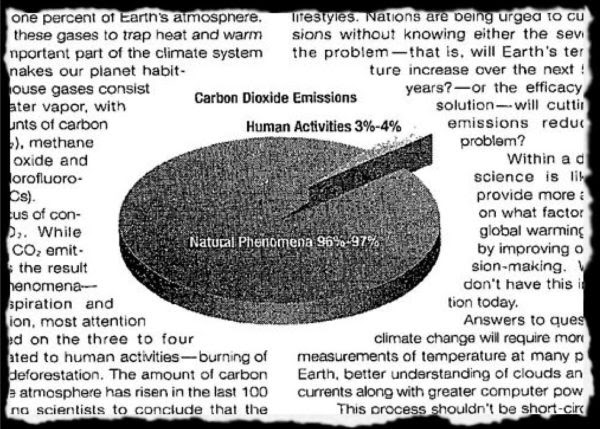 A recent slightly dodgy RC post from Stephan triggered my knee-jerk. It is about knocking back, yet again, the stupid denialist idea that the recent CO2 rise could possibly be natural. That's all fine, of course, anyone discussing GW with those not really capable of thought comes across this idea; I can find myself mentioning it back in 2005, and I'm sure I did so earlier too.

No, the dodgy bit is "How Exxon misled the public against better knowledge: One fascinating question is where this false idea of humans just contributing a tiny bit to the relentless rise in atmospheric CO2 has come from? Have a look at this advertorial (a paid-for editorial) by ExxonMobil in the New York Times from 1997...".

Aanyway, the point is: I had a look back and can't now from this distance find where the idea comes from. It was certainly common stupid currency in the Usenet days. I probably saw it before 1997, but don't actually know.

Ah. If I look back to What I said about Exxon I can find Lee Raymond talking drivel, in 1997. As I said then "We've had this before on sci.environment. Steve Hales should certainly know better than to post rubbish like this. Raymond may not know better, but he should have enough expensive advisors who should be able to tell him better. I can only conclude that he (Raymond) is deliberately trying to mislead."

This may be another example of you babbling in an unknown (to me) language. Do you have a point? Could you try just saying it?

It's around "Aanyway, the point is". Who did originate the myth?

Oh sure, write it in plain English and expect me to follow. Very dodgy.

Of course it's not really a myth that most of the annual input of CO2 to the atmosphere comes natural sources, but it's very misleading not to note that the net input all seems to come from human actions. I suspect that this type of obfuscation originated sometime before the Holocene.

WC who is doing the denying when you put gas in your tank? You need to be true to the "The Cause" and stop using fossil fuels; it is the alarmists who are the deniers.

I smoke, John. If I tell you it's bad for you, does my smoking make it any less true?

I'd have a look at Sherwood Idso. I don't now recall the details of his claims, but it certainly fits with his "natural experiment" line of BS. Possibly Pat Michaels if his blog was that early (and still searchable).

You're being unfair to Stefan, obviously. Those Exxon advertorials may well be initial instances for broad public dissemination of such memes. In any case, I suspect it would be hard to find an earlier instance for that one via a search of reasonable duration.