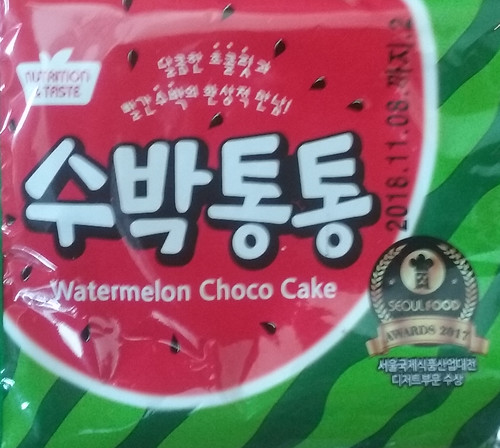 Another in a series of unpopular posts defending unpopular people. And today I'm defending... Trump. No, not really. He's still a bozo and if only there were someone competent to replace him I wish he'd just resign and retire to play golf. Also I'm coming to wonder if my best hope of him being only a minor bozo1, 2 is still tenable. Instead, I'm attacking the WaPo for If Trump ignores North Korea’s monstrous crimes, they’ll come back to haunt him.

The story so far: the North Koreans have got nukes, albeit crummy ones, and missiles, albeit joke ones. This has been going on for years, and the world has been doing the usual things it does in such circumstances: talking, sanctions, pressure. The sort of thing that were you talking to sane interlocutors in a democratic country would have some chance of success; but when you're talking to people who are at best quite possibly in and of themselves sane but faced with circumstances so regrettable that they would punish what-would-normally-be-called-sane behaviour, have very little chance of success. So step forward Trump, who has made a sequence of what the professional diplomats regard as very badly judged moves; and which his fanbois will tell you were brilliantly executed chaos attacks.

The point, however, is that the WaPo looks rather worried that it might work, and feels the need to prepare a backstop of failure for Trump: even some kind of peace, some kind of backing off the nuclear posture, even some limited opening up, will be declared total failure: the regime’s vast apparatus of repression has to be addressed from the beginning of the process, alongside its missiles and nukes. The two must be dismantled together. This is, obviously, deeply stupid. Making NK a happy peaceful democratic place is desireable; but it will only happen after a time. Trying to do it right from the start is simply asking for failure; and I cannot help but conclude that the WaPo really would rather Trump fail, to the USA's disadvantage, than that he succeed and thereby look good, especially where their man failed.


1. "only a minor bozo" of course means that he personally is a major bozo, but that the effects of his bozosity could be minor.

2. FWIW, if you can't be bothered to follow the link, my prediction for Trump-on-diplomacy (diplomacy, not trade, mind you) was Much harder to predict. Since I’m deliberately going out on a limb, I predict: Trump will do some dumb / risky / unpredictable things, but will get away with them.


* Donald Trump is a twat, confirm G6 leaders.
* Some thoughts on The Summit at Cafe Hayek.
* Tories put my achievement at risk - Timmy
Posted by William M. Connolley at 11:24 am

You wrote "The story so far: the North Koreans have got nukes, albeit crummy ones, and missiles, albeit joke ones."

As someone living less than 10000km from Pyongyang, it's not particularly a joke around these parts. To misquote, close only counts in horseshoes (and nuclear warheads).

No one really cares about NK; if they weren't nuclear armed we would be happy to leave them to starving themselves and marching up and down in their nifty uniforms.

Everyone with a brain cares about pissing off the PRC which is what happened last time we white fellas started a shooting war in that part of the world (see also: MacArthur, China, 38th Parallel, Nuclear). That's the kind of thing that could easily get out of hand.

While I am sure that Trump has plenty of excellent advice at his disposal, I'm not sure he's the listening type. I'm not convinced a man who's so fond of bankruptcy can be counted on to take into consideration the potential consequences...

> As someone living less than 10000km from Pyongyang

Ah well touch cheese for you :-). But don't worry too much; I doubt the guidance systems are much better than a piece of cheese either.

I suspect you of being the sort of person who routinely believes six unlikely if not impossible things before breakfast. Building a halfway decent guidance system - one good enough to hit a city, not a missile silo - is not nearly as difficult as you seem to think.

Maybe. But it's also a lot easier to say than to do. with luck we won't find out. You wouldn't claim that anything they've done up to now demonstrates that they have any decent guidance, would you? Firing missiles into empty ocean neatly makes it impossible to tell if you hit what you were aiming for.

Or you could just buy one in China. Cheap.

NK very likely has decent INS (Inertial Navigation Systems). They and we have the data (theirs is actual telemetry ours is tracking). On par with Iran/Pakistan/India/Israel. We know that they have good enough INS because otherwise their rockets would be all over the place and a decent fraction would not make it far beyond the launch pad (like those olde tyme aeroplane movie reels, there must be similar reels of USAnian rocket failures). Heck dozens of USAnian rocket hobbyist groups can do this right now (decent enough INS for suborbital flights). NK does need a good reentry vehicle though.

But then again maybe you think that NK uses Estes Rockets?
https://www.estesrockets.com/

US President Donald Trump is to impose 25% tariffs on $50bn worth of Chinese goods, accusing Beijing of intellectual copyright theft.

Trade wars are stupid, but then again so are all tariffs. I think the Chinese know this, so they will be reluctant to retaliate. And there are plenty of people in the USA who know it too. So, it is too soon to call: the optimistic case is that it all blows over, gets scaled back, or someone finds a face-saving compromise. The bad news is that Trump genuinely does believe all this merchantilist bullshit, so he isn't going to stop trying, unless someone distracts him.