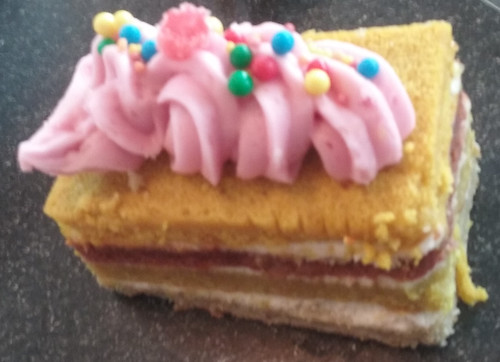 Reading - as I do - the likes of Don Boudreaux railing against  the imbecility of Trump's merchantilist (aka non-free trade) policy, I can't help seeing the analogy with science-type folk railing against the idiocy of the denialists. Which is to say, being right, but talking to people who just don't care, because their ideology means they're not really thinking about the thing you're talking about. It's nominally the same subject - "global warming" in one case or "trade" in another - but since they're always thinking about different aspects there is no connection.


* The relativist can offer no cogent reason why we should not simply get on with it
* Hexapodia?
* Rejecting Climate Change: Not Science Denial, but Regulation Phobia?
* CIP on free trade
* NO MORE TIGER IN  KOCH THINK TANK: EXXON QUITS ALEC
* On the “National-Security Exception” to a Policy of Free Trade
Posted by William M. Connolley at 2:16 pm

On what do you base your claim that scientists don't support free trade?

Can you quote any that do? And just look at the commentators here. Have you ever written in it's favour?

Go talk to some agricultural scuentists.

Go talk to some agricultural economists.

AM: thanks, that's in the right direction.

Why; what would they say?

I don't know if I fall cleanly into any bin (my first 2 degrees were pure science, but my third was an interdisciplinary mix of science, economics, & policy), but I generally support free trade with conditions. (which is pretty much my general relationship with capitalism: it is a vastly superior system for distributing goods compared to central planning, but I also support substantial regulations to deal with all the market imperfections out there)

One challenge with free trade is in regards to labor & environmental issues. Having globally homogeneous labor & environmental laws would disadvantage developing nations whose populations are willing to endure more risk in return for jobs. On the other hand, a free for all can have drawbacks too, for at least 3 reasons. 1) Transboundary externalities (mostly pollution, with climate being the poster child). 2) Corrupt institutions (whether local governments or powerful multinationals) distorting fair market outcomes. 3) Intergenerational externalities (e.g., pollution and/or resource depletion that future generations might value more highly than current generations).

So I'd lobby for something in between, where there is some international requirement for minimum worker protections & wages & environmental standards that scale with GDP/capita, where individual nations could choose to exceed those minimums. I don't know whether this would be compatible with existing institutions or at all politically feasible, and of course, it opens up plenty of deal-making in the international institution who would be in charge of determining the standards... I'm guessing that I have more faith in institutions (despite their drawbacks) and you'd have more faith in the ability of markets to eventually get things right...

Here's one for you ... If you don't have any data to support your claim, post it at WTFUWT?

Instead of shear quantity of blog posts ... I'd very kindly suggest you go for quality.

I don't know what I am, but I'm 100% free trade and 100% no borders. I'm also pretty sure I'm a tree hugger not a tree mugger. I also believe in the rule of law, meaning that there is indeed a place for regulatory bodies like what use to be the EPA over here in USAniacistan.

BTW, who painted the brown and yellow stains on the diapers of the Baby Trump blimp?

Re your reply to my comment: so you got nothing.

Probably off topic, but I recently learned that there is now a Cambridge Marxist Society which appears to hold lectures in King's College. Ever been, William?

BTW, who painted the brown and yellow stains on the diapers of the Baby Trump blimp?