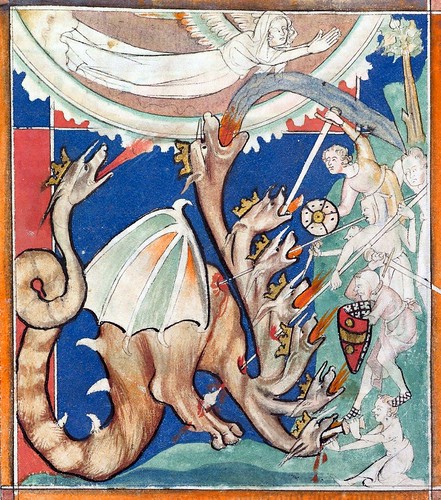 A pile of legal news that I can't quite bear to not mention. Kennedy is off1; and the SCOTUS has handed down some decisions that people are sad about. And as usual, I find it hard to find anyone to agree with. Looking for a hook to hang this on I find insideclimatenews saying:


For environmentalists, it's worrisome that the court is increasingly prone to make decisions under one of Scalia's core beliefs, known as "textualism," which would see no climate role for the agency in charge of protecting the environment unless it is expressly spelled out in statute. Congress, especially under the control of Republicans, doesn't look likely to crack down on pollution from the use of fossil fuels, whatever the risks to society.

This is quite a weird paragraph, when you think about it. What it is saying is that the lawmakers don't want fossil fuel regulation. And the text of the law doesn't support the same. But because we want it, we're going to desperately try to interpret the written law in such a way as to permit regulation. And despite this weirdness, ICN are happy to write it, and most of their readers will read it without noticing anything odd, so wrapped up are they in the idea that because they want something - obviously, not for themselves, this is a Noble Want for the good of the whole world, and such a selfless want cannot morally be denied -, they should have it; and if they can't get it by clear legal title, then they should have it by legal interpretation, no matter how wonky that might be.

ICN doesn't like Roberts, and so his views must be "out of step with the science"; and so they write: On coastal damages from sea level rise, an eventuality that is not just a risk but a certainty, readily observed and directly caused by the warming of ocean waters and the melting of ice masses due to rising carbon dioxide, Roberts wrote: "It is pure conjecture." But this isn't an honest reading of what Roberts said. Firstly, 11 years ago, coastal damage to Massachusetts was not readily observable (is it even observable today?). The certainty of eventual damage is a different matter, which is where ICN's dishonesty comes in, because Roberts is trying to distinguish “real and immediate" from future possibilities. Another important subtlety overlooked by ICN is that Roberts is trying to discuss that The very concept of global warming seems inconsistent with this particularization requirement. By which he means what we all know: that any particular emission of CO2 has only an incremental effect, and doesn't fit at all well within the legal framework that they're trying to use. Indeed this ties up rather well with words used in the recent Alsup decision2.

Their "analysis" of Scalia's dissent is similarly weak (they even invent capitalisation to suit their own ends).

Does any of this matter? After all, the SCOTUS are probably not in the habit of reading ICN and are unlikely to give a toss what they write. But other people do, and they might be unwise enough to believe ICN, and so the "discussion" becomes ever more partisan and both sides glory in not even trying to understand what they other side is trying to say and even Gavin is re-tweeting this crap.

[Update: Janus. I see I didn't comment on this, though I kept the link and have just finished reading through it. In general I think I agree with the majority. The only really convincing argument for the dissent is page 27, which frames it in terms of States Rights though without using those words. Of course which decisions you defer in that way is a powerful weapon, too. See-also: SCOTUSblog.

Late update: The Economist opines. Note that while it mentions free riders, it neglects to note that's the situation in the UK, and no-one seems very worried.]


1. Incidentally, his timing is odd. I've seen various reports that the Dems are desperate to postpone his replacement until after the mid-terms (have I got the jargon right? I find colonial "slections" very hard to follow) so if you thought him a secret Dem then you'd wonder why he hadn't been kinder to them and delayed his decision for a few months.

2. If you're alert, you will rejoin that one of the reasons that Alsup gave for rejection was the EPA case. I'll give you that but look at the words. He, like Roberts, is trying to say this is really a matter for Congress, not the courts.


* Supreme Court as Superweapon: A Response to Epps & Sitaraman by Stephen E. Sachs
* 2021/11: How the US supreme court could be a threat to climate action in the US - Daniel Epps; more of the same.
Posted by William M. Connolley at 4:06 pm

I think you oversimplify. The laws give broad authority to regulate pollutants that cross State lines. The definition of pollutant is also rather broad, including pretty much any product of human activity harmful to human health and safety. The real divide is over whether CO2 presents such a threat. Taking refuge in the fact that it is not specifically listed as a pollutant is mostly a distraction tactic, since the laws were written generally enough to include substances not previously identified as pollutants.

That's not to say that specific laws targeted at carbon would not be far preferable.