Why Should the U.S. Be the Leader in Numerical Weather Prediction? 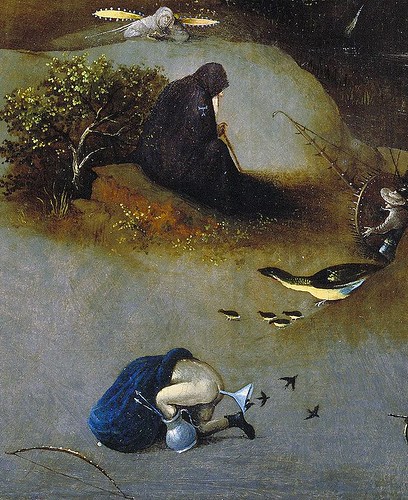 A question asked by Cliff Mass (arch); you may recall him from my acclaimed L'affaire Cliff Mass post. All his answers are wrong; there's no particular reason why the US should be a leader, but it's kinda nice that they're trying, cos it helps to push everyone else along. CM calls ECMWF and UKMET the current world leaders, which is I think correct. The UK has cared about weather for a long time, and ECMWF are leet, so it's not surprising they are ahead. Both, as far as I can tell, have managed to get one central organisation and largely put competent people in charge.

CM reckons that the huge resources of the US could produce better forecasts. But actually, the resources of the USofA aren't actually much bigger than Europe, so that's a rather dumb argument. He also asserts that the US is far ahead in computer sci+tech, which I think is drivel. They're much bigger than the UK, though. He also notes that The U.S. has the largest weather research community in the world, which may be true, but adds Unfortunately, we are currently wasting huge amounts of resource with large number of redundant efforts, which alas I think is also true and is the core of the matter (note: I'm basing that on what I knew when I was in the game, more than a decade ago).

Inevitably, we run into the problem that what, say, the top levels of USAnian govt might well want is a world-leading NWP capability, but what individuals want is their career (or, more politely put, interesting work to do), and what individual senators want is Pork, huge big barrels of it. The Chinese might manage a central organisation, though :-)

But all that duplication is probably inevitable in a country like the US, and in terms of the world getting forecasts, who cares, ECMWF do them. If you had a central org like NASA, you might end up with NWP like the SLS, and who wants a giant orange non-reusable NWP?
Posted by William M. Connolley at 6:17 pm

U.S. is not the leader in Covid-19 testing. Switzerland gives more tests in a day that the USA has ever done as of yesterday.

Who needs that science stuff anyway. Stock market will do GREAT, cut taxes and interest rates!

But we lead the pack in Postmodern Glaciology

There is a likely climatic impact from Covid19.
Airline traffic is down, and seems likely to fall more. Less water released into the stratosphere. Fewer contrails. Similar to the USA after 9-11 attacks, when air travel was shutdown completely, but slower and worldwide.

I have yet to seen any discussion of this.