Zharkova is a tosser 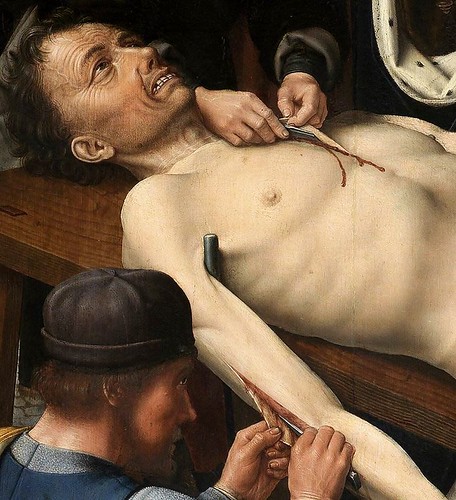 At last, a female winner of the prestigious Tosser award for behaviour above and beyond the call of stupidity. Z gets it not for writing crappy papers that everyone can see are wrong and even Nature eventually realises have to be retracted. No, she gets this for writing silly review comments on someone else's paper. From the comments on Prediction of the strength and timing of sunspot cycle 25 reveal decadal-scale space environmental conditions by Prantika Bhowmik and Dibyendu Nandy (a perfectly sensible paper as far as I know, though I haven't read it)


the authors did not cite a single paper, which predict an imminent Maunder-like grand minimum (GM) that can lead to cooling of global climate. This is a violation of the intellectual property rights for the authors who did such the predictions...

Wonderful stuff. The other comments, on a quick scan, don't really live up to this opening, sadly.


Read about him from many people, including David Appell. I don't know much about him; from what I gather, he was a respectable physicist who went somewhat emeritus in his later years, as so many do. I don't bear him any ill will; his forays into talking nonsense were few and, I think, rather half-hearted. He gets Freeman Dyson on global warming in 2006; and then a by-blow in On its hundredth birthday in 1959, Edward Teller warned the oil industry about global warming?; meh.


So, it's down to Sanders versus Biden. An uninspiring choice but I would choose Biden without hesitation, both to be the candidate - as having a better chance of beating Trump - and as Prez - as not being an over-enthusiastic socialist. I'd have preferred Bloomberg, but you can't always get what you want. Side note: it was weird the way all the other Dems like Warren attacked Bloomberg at the last debate, when Sanders was ahead. It was like they weren't playing to win, just to prevent someone else winning; like they weren't even serious or not really thinking.

Update: Of the women


Well, Warren. I paid no attention to the others. As the NYT sez, Warren had an avalanche of policy plans and I thought she was bad for that reason. That same article describes Sanders as "liberal" which is odd to me; he is far from a classical liberal but apparently "liberal" is one of those words that means different things in the US of A. Presumably Warren now gets to decide who to sell her endorsement to.

Bloomberg's money must have rattled the other candidates. I'm sure they pay close attention to how much funding people are raising -- the press reports on it every time the numbers are released -- and maybe even think it's a decent proxy for support. Though clearly now that wasn't true for Bloomberg.

"Side note: it was weird the way all the other Dems like Warren attacked Bloomberg at the last debate, when Sanders was ahead. It was like they weren't playing to win, just to prevent someone else winning; like they weren't even serious or not really thinking."

I think it is somewhat analogous to the 2016 Republican primary, when all the candidates attacked each other rather than focusing on Trump. The core driving reason for both primaries is the fanatic 30% base of supporters for Trump/Sanders: this leads to two dynamics:

1) everyone thinks that in a two-person race, they could beat Trump/Sanders by consolidating the moderate majority
2) everyone is scared that if they go after Trump/Sanders, that they'll get viciously attacked

If Klobuchar and Buttigieg had stayed in for Super Tuesday, Sanders might have been able to pull a Trump. But because they dropped out, that let Biden consolidate the non-Sanders vote... and I think he'll coast to victory now.