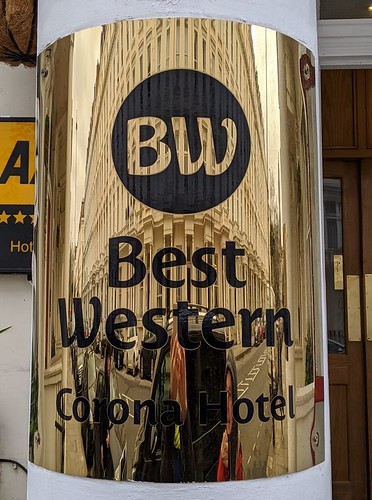 The opening shot in today's drivel wars is fired by doughty campaigner John Vidal in the Graun, with 'Tip of the iceberg': is our destruction of nature responsible for Covid-19?3;The answer is of course No, as Michael Mann should have known. But I told him anyway. To make it more explicit, We cut the trees; we kill the animals or cage them and send them to markets. We disrupt ecosystems, and we shake viruses loose from their natural hosts. When that happens, they need a new host is wacko. Viruses or any other kind of disease are not happy little things secure in their environment, and only "trying" to look for a new host(s) if their existing host(s) get offed. This is a mistake of teleological proportions. They have no will or desire; they just blat about randomly; if you keep on eating bushmeat or whatever you increase your chances of catching something regrettable; and that's true whether you also cut down the trees or not. The rest of the article is anodyne, merely noting that Research suggests that outbreaks of animal-borne and other infectious diseases such as Ebola, Sars, bird flu and now Covid-19, caused by a novel coronavirus, are on the rise and The disruption of pristine forests driven by logging, mining, road building through remote places, rapid urbanisation and population growth is bringing people into closer contact with animal species they may never have been near before. Destroying nature doesn't cause these diseases; it's just the getting closer that does it1, coupled with our new-fangled ability to spread them across the world quickly.

Moving right along we come to Jim "back to Plato" Al-Khalili with A Physicist for President?, part of a long tradition2 of "people more like me should be in charge". Jim is a bit thin on any examples where his Physicist-President would break out the pencil and solve problems, but that hardly matters, because really he's just trolling; or perhaps more generously, trying to make you think about the different ways things could be handled. Pushing the obvious aside, his philosopher-physicist would never get nominated, much less elected. Because PP's on the whole tend to be not really people people. And on the whole they don't have a good grasp of history or politics which would allow them to function usefully in a political role. More fundamentally, they probably think like Jim in terms of "we must also find solutions to the climate crisis... to our energy needs" as though the state, or the President, needs to solve those problems. But it doesn't. It needs to impose a carbon tax and mostly get out of the way. Jim's PP would I fear be all too hands-on, getting in the way. [See-also: ATTP's view].

Lastly - and only at best ambiguously drivel - we have Scientists have been sounding the alarm on coronavirus for months. Why did Britain fail to act? by Richard "is editor of the Lancet medical journal" Horton, as Twat by James. And my only complaint is, as I said, is "What does Horton's own record on sounding the alarm look like?". Because although the piece is unflinching in its criticism of everyone else in not raising the alarm, it is notably short of "look, here, at what I said months ago, why didn't you listen". Perhaps he is just too modest to link to his own wise words of warning.

Closer to home, Waterstones Cafe on the second floor is now closed, and the ground floor one is takeaway only; how can I be expected to finish The Mirror And The Light under those conditions? School will go virtual from Friday, and what will happen next term is a mystery; ditto for D's 4th term at Cambridge. The shops are out of bread flour; all the yummy mummies desperate to fill their child-enriched hours with baking, no doubt.

2. I'm sure that's true but can I justify it? Well, there's Plato of course. And now Al-Khalili. And Heilein's vets in Starship Troopers. Oh go on, you can fill in your own examples.


* How they got it so wrong - a theory - JEB
* Coronavirus – getting angry - Bronte Capital
* Covid-19 and Conservative Liberalism - by Dan Klein
* IF YOU WERE ALIVE IN 2005, YOU READ IT HERE FIRST
Posted by William M. Connolley at 9:22 pm

Everyone is trying to spin the virus to support their pre-existing point of view. Probably me too.

I don't think that is insanely different than the Imperial College of London's model if suppression is imposed.

Little birdie tells me US hospitals are preparing, worse case, for Italian conditions.

Quite the reverse I think. If we kill all the wildlife there’s nowhere for new viruses to spring from (besides ourselves). Mars should be quite free of dangerous microbes, at least until we settle it in numbers. And a robust population of (say) bats is far more likely to come up with something dangerous to humans than a small and fragile one, is it gives that much more room for the requisite genetic variation.

On physicists as leaders - please no. I’ve probably interacted with a few orders of magnitude more physicists than the average person (and both am one and married one). Physicists are almost as variable in nature as the average person, so generalizations are probably not very useful, but there is definitely an overabundance of high self-regard and tendency to pontificating rather than listening among that population. Not really what good leadership requires. Chemists or bio-medical folks maybe, though I hear surgeons have similar issues.

I seem to remember reading somewhere that deaths by illness among soldiers exceeded battlefield casualties in all wars ranging from medieval times to WWI. Wish I could remember where I read that...

The Graun notwithstanding, the pristine tropical forests of West Africa were on sea captains No Go list several centuries before the word "ecology" was invented

" Beware , and take care of the Bight of Benin
For one that comes out, there's twenty goes in."

Battlefield fatalities for all US wars add up to less than a million. The farther back you go, the less reliable the estimates. The Civil War killed about 620,000 soldiers (both sides) but that includes disease. WW I 80K more or less, WW II 400K more or less, Korea and Vietnam 50K each more or less. So the US Army estimate seems reasonable.

Ha, I am currently making no bets on the virus, other than I suppose a financial one, in that I'm not buying yet...