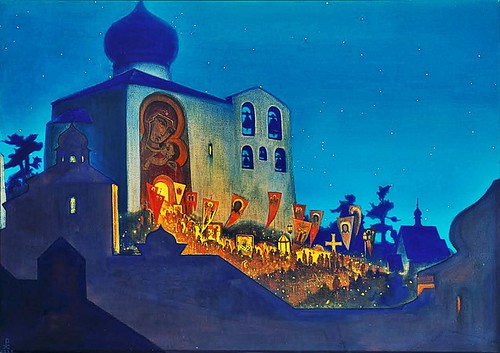 A follow-up to Red team goes down; but this is Lents, not Mays. In an inversion of last year, Maggie were now about 30 seconds faster than Caius over 2 km - as revealed by Newnham regatta - and Pembroke regatta had fallen victim to Wind, familiar to all those who lived through this winter. Indeed Torpids had to be cancelled; excess stream I think; and WeHorr too.

And so on Wednesday. Maggie caught Caius, and yet I cannot write "predictably enough" because it happened unpredictably: Caius 5 seat had seat troubles, and Caius didn't last past First Post; which was regrettable, it would have been good to see the proper fight. Meanwhile Pembroke caught Downing to go third. Thursday saw puzzlement at the Plough as Pembroke and Downing failed to show up for the practice starts; eventually the truth came out: Pembroke, in a fit of careless coxing during warm-up on the Reach, had smashed into the back of Downing causing much damage, and had been awarded a technical bump against1. So 'binson, at 5, didn't get to try themselves against Downing and instead went down to FaT. On Friday, predictably enough, Pembroke re-bumped Downing; and on Saturday got Caius; but didn't get a chance against Maggie - but while that would have been good to see, I don't think they'd have done it.

For the women, Newnham - to my surprise; so certain was I that they would row over that I didn't bother follow it - went down to Jesus and then fell two more in subsequent days, before redeeming themselves by bumping Emma back on Saturday; in the wings, Downing started rising, and on their second go, on Saturday, went head; so congratulations to them.

Charts to help you through this maze at various places but I used CamFM. And you can re-live the full bumps experience with the Youtube playlist.


I'd been doing some longer pieces on the erg, partly because 10 k had come to seem too short, and partly as a way of getting distance in this wet-feeling winter. So friend Tom invited me to his marathon-on-the-erg at City's glorious new boathouse on February the 29th. I was the weakest of the four; the others all got sub-3; Tom in 2:51 which is 2:01.x. I did 3:04:39 which is 2:11.2. It's a somewhat weird experience. I found the last 8 k the easiest; I'd kinda settled in by then. My arse was fine (I had a seat pad); I got a small blister on my left hand early on but put on my fleecy cycling glove and was then fine. No food or drink during it, though I had bananas, gels and a water bottle standing by. My back was also fine. A few times I started to feel stiff in the shoulders and solved this by weird-looking wriggles as I came forwards. And the ?tendons? above my knees started to feel a bit odd around half-way, but came back to normal after a bit.


Another year, another Cambridge half marathon. This year a glorious new course that went through Kings. I was a bit weaker than last year - somewhat speculatively, perhaps not fully recovered from the previous week's ergathon - and got 1:43, which was my target (1:45 is my limit of respectability, and I wanted to do better than that). I should note that my watch - like last year - thought the course was a bit short, at 20.9, but another 200 m would have been less than a minute so definitely under 1:45 any way you look at it. There was something of a headwind on the way out, and as my pace dropped I found I was telling myself how 1:45...or perhaps 1:46... would be perfectly acceptable; but either I bucked up or the tailwind coming back helped, but all the excuses weren't needed. Gels at 8 and 13 k, somewhat early, and then a race-provided one at about 17 k. Miranda also ran this year, her first, in 2:10.
2009: Ergathon. My first, in 3:20:58.4.


I entered the Paris marathon, for the start of April. Sadly, it is postponed to October due to Coronavirus. I may just go and run anyway.


1. Downing cox had to go to hospital as a precaution but was unharmed; Pembroke cox was banned for the remainder of the bumps; Downing's boat will require extensive repairs.