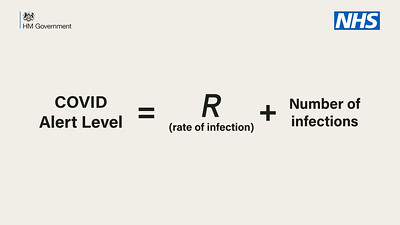 Or, "I read this stuff so you don't have to" you lucky people. My pic is an example of the govt's almost comic innumeracy.

As you'd expect, there's revisionism in Bojo's foreword: That price could have been higher if not for the extraordinary efforts of our NHS and social care workers and had we not acted quickly to increase the capacity of the NHS... On 3 March we published our plan... OK, so the idea he's trying to push is that it's all Very Grave, but we've done Jolly Well, and it is All as Planned. But that plan contains no reference to lock-down. Or care homes. And whilst praising the NHS etc. always gets lapped up by everyone, he's trying to drag himself along on their coat-tails. Continuing I said we'd take the right decisions at the right time is, in retrospect, clearly wrong, so he is unable to learn even with hindsight1. Testing: the govt is still lying about the number of tests - having nailed its colours to the mast it cannot change now - but even their figures show less than 100k a day for the past week.

Having got that snark out of the way, I'm afraid that the actual plan itself is not mad, indeed their main problem is to try to disguise how bleedin' obvious it all is - do we really need to pay all these expensive people for this? There's still no attempt at any kind of numerical cost-benefit analysis, just an implicit hand-wavy one: fewer people might die if we continued the lock down, but then again the economy would suffer, and anyway are people going to take much more of this? That last is a valid consideration: even if your only concern was to save lives, some relaxation reduces the risk of an explosion.

If you'd rather read someone else's take then the Graun has a pretty straight summary. Update: they also (now) have If we follow Boris Johnson's advice, coronavirus will spread by David Hunter (professor of epidemiology and medicine at the University of Oxford). Excellent. Someone prepared to make a prediction.

The timelines are vague, as they should be: The next chapter sets out an indicative roadmap, but the precise timetable for these adjustments will depend on .

There is a very tiny nod to regionalism: Restrictions may be adjusted by the devolved administrations at a different pace in Scotland, Wales and Northern Ireland because the level of infection - and therefore the risk - will differ. Similarly in England, the Government may adjust restrictions in some regions before others: a greater risk in Cornwall should not lead to disproportionate restrictions in Newcastle if the risk is lower. But their heart isn't in it, and it isn't included in Step One.

The Beeb's report on all this pulls out "advice for people to wear face coverings on public transport and in some shops" which is sensible of them; this is in the Govt doc but not nearly so obviously - making it too obvious would raise the embarrassing question of why it wasn't suggested much earlier2.


Anyway, where do we start? For the foreseeable future, workers should continue to work from home rather than their normal physical workplace, wherever possible... All workers who cannot work from home should travel to work if their workplace is open. Which seems almost sensible to me. The bit that isn't sensible is not considering whether people should travel to work on public transport; I wouldn't go on the Tube at the moment myself. Somewhat later they say everybody (including critical workers) should continue to avoid public transport wherever possible, which is all very well but if it isn't possible you're stuffed if you follow their rules; they keep trying with Social distancing guidance on public transport must be followed rigorously; it will be interesting to see how that gets enforced; clearly they haven't quite worked this one out as they say appropriate guidance... will be published this week.

Schools aren't to re-open, but as they note actually schools are open, for some categories of children, and they urge more children who would benefit from attending in person to do so, which appears to be a sensibly disguised way to push up school occupancy without going too high.

Going outside is less restricted - in England; the idiots in Wales are still in panic mode, sadly -, and it looks like the bloody stupid bit where the rozzers nick you for sunbathing is out.


It's a bit shit. isn't it? Pretty well everyone agrees on that. I hate living in a country where every policy has to have some associated fuckwitted slogan. Unfortunately the crit - at least as reported in the Graun - is not "this is all rather wanky" but that the “stay alert” messaging is “too vague” and that “more precision is needed”. Which is about as useless as the govt's slogan. But the Grain needs to attack the govt plan for something, since they're Tories, and it doesn't want to put its ass on the line by suggesting any substantive changes (update: and neither does the opposition). Incidentally, while having Bojo spout off on Sunday while the doc wasn't available until today was a bit shit too. Or was it? How much in the great scheme of things did that actually matter, except to the chatterati?


1. FWIW, I ran the Cambridge Half Marathon on the 8th of March, and would have been annoyed had it been called off, so I'm not claiming any great foresight for myself.

2. Actually they make excuses for this, and international quarantine, on p22, but I don't find their excuses plausible.


* What can we learn about the COVID fatality rate from Guayas? - JEB
* Americans Didn’t Wait For Their Governors To Tell Them To Stay Home Because Of COVID-19 - 538
* Boris Johnson’s new covid-19 campaign falls flat - Economist
Posted by William M. Connolley at 7:31 pm

Here's an interview made more interesting by the interviewer havinf talked to the full spectrum of Fergusons, from Niel to Niall

Weird. She's clearly not changing her mind, but with comments like "In almost every context we’ve seen the epidemic grow, turn around and die away — almost like clockwork" it isn't clear that she has a mind to change anyway.