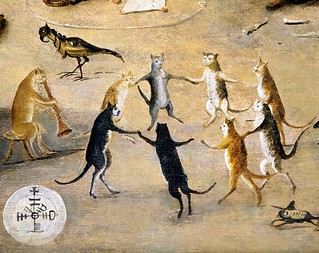 Or so says the NYT. Which appears to be having a spot of bother just recently. Not to mention SlateStarCodex. Never mind, we'll press on. If you're at all familiar with my thinking, you'll guess with no trouble that I think his plan is stupid. Without even having to read it! How can I know this? Because his principal aim is to spend $2T. Instead, implement a carbon tax, sit back in your golfisnoozemobile and bask in the warm glow of a job well done.

There are two articles: first, July 9th, In ‘Buy American’ Speech, Biden Challenges Trump on the Economy; then July 14th, Biden to Release $2 Trillion Climate Plan which refs the first. The first is obviously stupid: economic nationalism is dumb, and attempting to out-orange the Mango is even dumber. Why can't Biden make a principled stand for free trade, lower barriers between nations, international friendship and cooperation, instead of trying to outdo idiot protectionism? There must be a constituency in the USA that is economically literate and probably includes many Conservatives who are sick of Trump's vandalism in this regard and would like the chance to vote for someone who isn't an economic vandal. So let's move on to the second.

The NYT worries the plan will also test whether Mr. Biden has found a way to win over environmental activists and other progressives who have long been skeptical about the scope of his ambitions on climate. But anyone like that is already a not-Trump-therefore-Biden voter - unless they're mad - so doesn't need appeasing. I react very badly to The plan also calls for establishing an office of environmental and climate justice at the Department of Justice. And The plan also will call for investing in carbon capture and storage technology is doubtful: CCS wasn't ready for the big time a year ago and I don't think it is now.

The Graun offers The new proposal outlines $2tn for clean energy infrastructure and other climate solutions, to be spent as quickly as possible in the next four years, what would be the Democrat’s first term in office. Last year, he proposed $1.7tn in spending over 10 years (my bold) and that just looks like a recipe for disaster.

Enough second hand stuff. Why not just read his own words. First para: create millions of good-paying jobs blah blah motherhood-n-apple-pie, and a bad idea. Second para: he's talking about Trump. FFS. This is supposed to be his plan! Has he really got so little to say? Third para: he's still talking about Trump! Skips a bit: Create millions of good, union jobs rebuilding... No, I can't read any more. What's the most important thing to do to curb police brutality in the USA? Curb the police unions. what's the most important thing to improve public-school teaching? Curb the teaching unions.

I can't raise any enthusiasm for Biden. He's better than Trump, he's better than Sanders, he's more likely to get elected than Clinton, but that's about it.

Meanwhile, speaking of stupidity, Huawei 5G kit must be removed from UK by 2027. Although, we've mostly caving in to pressure from the Mango Mussolini. Perhaps if Biden gets in we'll just change our mind again.

Anymore you seem to be automatically against about everything, so much so that I'm thinking that's the only point.

There is, and will be, no support for a carbon tax in the US anytime soon, even if Democrats win the Presidency in November and both branches of the Legislature. It would only get them kicked out in the next mid-term election in 2022, something like what happened in Australia. What good does that do anyone? Nothing at all. Biden is being smart here and you are not -- smart enough to get elected, which is paramount.

Maybe he can make it all perfect for you later, or some other Democrat, in about 2032.

"Biden is being smart here "
Sounds rather mad.

Whatever became of Brexit?

DA: in terms of the climate plan, I agree there is a conflict between, errm, political reality and what I would regard as sanity. But what about Biden's protectionism? Are my complaints there also unreasonable?

WMC, Biden is an establishment Democrat. He is acting exactly like one. We will happily take the bad along with the good. He is also a decent and honest person, something not exactly common in Washington.

I don’t usually comment here, but you took me by surprise with your comment about SSC - wouldn’t have thought it was your kind of blog.
But hey ho, life is full of surprises

SSC is intelligently written and I can agree with large parts of it, which makes it better than 99% of the rest of the internet.

Agree on all counts

"I can't raise any enthusiasm for Biden. He's better than Trump, he's better than Sanders, he's more likely to get elected than Clinton, but that's about it."

But them's our choice. Enthusiasm not required. We need a functional, rational adult in the White House and haven't got one now. Trump got many people enthusiastic. I hate knowing that some of the younger people I work with voted - for the first time - and voted for Trump because he made them excited.

I can't raise any enthusiasm for a can of tomatoes. Will be better than Trump as President, better than Sanders (maybe) and more likely to get elected than Clinton, but that's about it.

There's a lot to be said for King Log.

Which isn't Trump. A cornered rat would be a better description than a log.

A cornered rat is aggressive, but additionally pretty clever, which Twitler is not.

If you don't like a cornered rat, wait till you see a hundred thousan existentialy threatened mink

WMC wrote:
"But what about Biden's protectionism? Are my complaints there also unreasonable?"