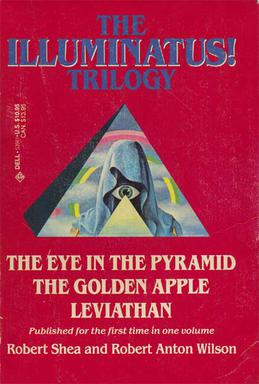 Via TF comes this glorious piece of nonsense: USA TODAY: The claim: Trump campaign shirts feature imperial eagle, a Nazi symbol: Our ruling: True. Fortunately, the Trump campaign is onto this one, responding This is moronic. In true "we don't really have a clue, but we know we don't like Trump" style, the article ends by twisting the claim into a new form: The claims that a Trump campaign T-shirt has come under criticism for using a symbol similar to a Nazi eagle is TRUE.

But much as it is fun to shoot fish in a barrel, what I actually wanted to post about was the Dork Side (sorry, slumming again) who respectfully name check your humble author. The article is Climate Wars: Try Removing the Word “Denier” from a Wikipedia Entry wherein Willie Soon (for it is he) complains I should have stated more clearly the big problem in Wiki related to William Connolley; the tyrant at Wiki. None of us can correct for the entries calling us climate change deniers: start with Robert Carter and Sallie Baliunas.

Nice though it is to be the source of all evil, I had nothing to do with this, but I was vaguely watching. So EW removed the dreaded D-word, saying Removed the word "denier". People who dispute the climate consensus find the term "denier" offensive, is it really necessary to use it. This is charmingly naive: Wiki, as it says of itself, is Not Censored; and if it is going to post images of Mohammed, then "I feel a bit sad about this" isn't going to go anywhere. Though FWIW, I think that the sourcing for the D-word in the article is dubious. Thankfully, that nice DS has now fixed it.

If you make the mistake of reading the desultory comments, you'll find some idiot demonstrating their anti-wiki credentials with You will not find a Wikipedia description of how China attempts to use diplomatic pressure to stop the Dalai Lama from meeting with foreign government leaders in the US President. And yet 14th Dalai Lama contains The Chinese Foreign Ministry has warned the US and other countries to "shun" the Dalai Lama during visits and often uses trade negotiations and human rights talks as an incentive to do so.[61][62][63][64][65][66][67][68][69] China sporadically bans images of the Dalai Lama and arrests citizens for owning photos of him in Tibet.[70][71][72] Tibet Autonomous Region government job candidates must strongly denounce the Dalai Lama, as announced on the Tibet Autonomous Region government's online education platform, "Support the (Communist) Party’s leadership, resolutely implement the [Chinese Communist] Party’s line, line of approach, policies, and the guiding ideology of Tibet work in the new era; align ideologically, politically, and in action with the Party Central Committee; oppose any splittist tendencies; expose and criticize the Dalai Lama; safeguard the unity of the motherland and ethnic unity and take a firm stand on political issues, taking a clear and distinct stand".[73] The Dalai Lama is a target of Chinese state sponsored hacking... Naturally, no-one points out this crass error. Saying ridiculously stupid things goes all across the spectrum.


WS expressed himself on Parlez, cos that is dead fashionable nowadays. I now have an account, no prizes for guessing my handle. So now I can see WS's wildly exciting... parle? To encourage him, I've added a helpful comment, sadly I can't work out how to link to it direct.

I'm somewhat disconcerted that Parlez's suggestions for people to follow includes the Daily Heil and Prager U.


PG - who was the editor EW credited with trying to help - now feels rather let down: I have now been made aware of the [[Watts Up With That?]] article [https://wattsupwiththat.com/2020/07/12/climate-wars-try-removing-the-word-denier-from-a-wikipedia-entry/ Climate Wars: Try Removing the Word “Denier” from a Wikipedia Entry] where Eric Worrall says he started this as "an experiment". Oh. Then I shouldn't have taken it seriously. Unless others indicate support, I won't continue this particular argument. [[User:Peter Gulutzan|Peter Gulutzan]].


* SOON DENIES EINSTEIN CALLED THE TYRANT A GANGSTER - vvutts.
* When asked about George Floyd’s death by CBS News, President Trump said it was terrible but stated more white than Black people are killed at the hands of police in the U.S., without giving any evidence of the claim - Reuters, via TF
Posted by William M. Connolley at 9:51 am

"Saying ridiculously stupid things goes all across the spectrum".

I stumbled on this Website compliments of Watts Up With That. In the top article I find the word stupid, the hallmark of the intolerant eg. Open Mind and the like. Please study Climate Etc. to teach you what good behavior on the Web looks like.

Unfortunately, you did not passed the test, no bookmark for your site.

Are you really so dumb you didn't notice I called WUWT the Dork Side? Sheesh, there's no hope for some people. If you'd like more, there's https://wmconnolley.wordpress.com/2015/05/28/into-the-bucket-of-jellied-eels/.

Better watch your back, William,

You really need to learn how to drive html :-). I've added it to the refs.