In many Congressional districts, the primary is more important than the general election? 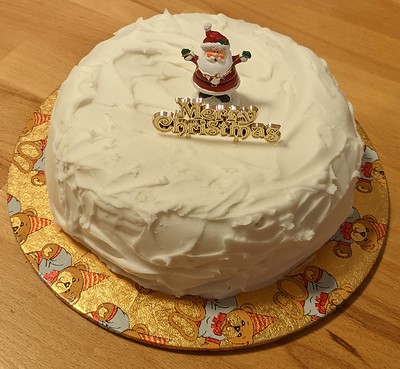 It is a commonplace that

In many Congressional districts, the primary is more important than the general election. In those districts, extreme partisan politics is rewarded and centrist politics is punished. This makes bipartisan legislation impossible, because a representative who votes for such legislation will be branded a traitor and voted out of office in the next primary.

But why is this so? In a simple model of politics (the real election, not the primary) voters are sprinkled left-to-right, and each of two candidates wins all the electors "closest to them"; which is to say, all the electors on the side away from the other candidate, and all the ones in-between that are closer to them. This model tends to push candidates towards the middle of the spectrum.

Now consider the primary. Exactly the same applies, except the electorate is different - most points are now either to left, or to right, of the center. So why do we see quotes such as the above (that do seem to have some basis in reality). I'm thinking of primaries in districts where one side is almost certain to win, so the primary is effectively the real election - but nonetheless, the same logic would appear to apply: you should get candidates pushed half-way out, not to extremes.

Not just the Yanks. The Labour poms put up Corbyn.

In the US, primaries have low-turnout: generally, the most motivated partisans for both side. So, if we assume that a district has 60% republicans, 40% dems, then an "ideal" election would produce a candidate at the median for the district, or the 5/6th most moderate republican.

But given highly partisan general election voting, our theory would be that we'd end up with the median republican, so a candidate at the 30th percentile for the district.

BUT, if only the most extreme half the republicans turn out for the primary, then instead we get a winning republican candidate at the 15th percentile for the district...

(this is what some kind of ranked voting system might avoid)

Gerrymandering is an adequate explanation for your questions. In an overwhelmingly partisan district, the winner of the primary for the dominant party will cruise to victory.

In such cases, appealing to the extreme end of the party philosophy is more fruitful than veering to the middle.

I think low turnout, and hence dominated by those who care, may explain the primaries and perhaps Corbyn, too, to some extent.

Tom, I think you've misunderstood. The puzzle isn't to explain why winning the primaries wins you the election, gerrymandering or just a skewed electorate will do that fine.

Well, WMC, I think it is because you write, "In a simple model of politics (the real election, not the primary) voters are sprinkled left-to-right, and each of two candidates wins all the electors "closest to them"; which is to say, all the electors on the side away from the other candidate, and all the ones in-between that are closer to them."

In a gerrymandered congressional district this is not the case.

Err, then you need to read the para starting "Now consider the primary...".

The average population in a US voting district is 710,767. To mention an example of a moderate social democrat: AOC won her primary with 16k votes. The general election was won easily with 110k votes. https://en.wikipedia.org/wiki/Alexandria_Ocasio-Cortez

Any Democrat would have won in such a district because at least they are not Republican. Most people do not show up because they expect their vote not to matter, in this district a Democrat will anyway win. In such a district it does not make sense to inform yourself about politics because you have no influence. Politics becomes a spectator sport were people are rooting for their team.

In a similar Republican district you can put up a QAnon candidate, several were voted in, you may lose a few percent to the Democrats from some more normal folks with an interest in politics, but still have enough to win the general election. Most Republicans will vote for any candidate on team Republican because at least they are not Democrats.

"In a simple model of politics (the real election, not the primary) voters are sprinkled left-to-right, and each of two candidates wins all the electors "closest to them""

Your model is too simple. Things are not on a left-right spectrum, especially in America. What is called the centre in America is what both parties agree upon, which is what the donors want and deeply unpopular with Americans.

Furthermore, to put yourself and the parties on a spectrum you would have to know about politics, but as you do not have any influence in 80% of the districts, why inform yourself?

But even in a more European system, where left to right makes more sense, putting two nearly identical centrists up, which would be ideal according to your model, will lead to many voters who are not centrists to stay away from the polls. They see two unattractive candidates with extreme views far from their own. Even for centrists it would not make much sense to go to the polling station with two nearly identical candidates. This would suggest that you have to move away from the centre and it is not immediately clear how much.

Especially taking turnout into account, which is very important in a country like the US were turnout is low, it is far from obvious that a centrist is more likely to win, neither in the primary nor the general election. Trump (Biden) got 75 (80) million votes in a country with 330 million people, both less than 1/4 in the election with the highest turnout. US turnout is really low.