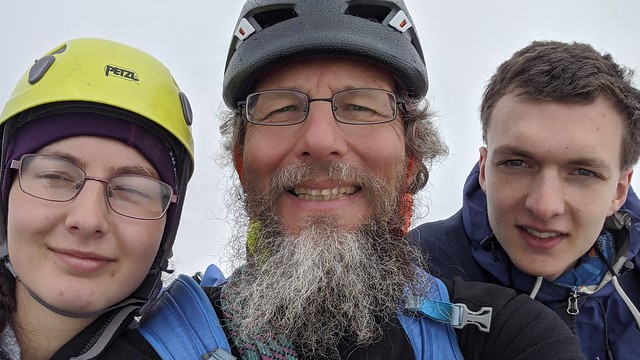 Aka the year in Stoats, 2020. Once again, top posts ordered by comments by month. This year I've gone through and reviewed all my drafts, and either discarded them entirely or posted them, fragmentary as they are, as valuable evidences of the evolution of my deeply interesting thought processes.

Jan: Socrates, himself, is particularly missed; A lovely little thinker, but a bugger when he's pissed (42) - Australian wildfires. Bonus: reviewing drafts, I decided to publish the fragment 0.5°C makes a big difference for mitigation?

Apr: Coronavirus days: masks (16). Bonus: I used to think that climate change denial was built on some logical argument...

Jul: Into the distance disappear the mounds of human heads (26).

Nov: The dim and distant history of Global Warming on Usenet (14).

Dec: A warning on climate and the risk of societal collapse? (61).

The theme for the year is clear enough, but the winner is the more abstract legislation of June. And so another year has slipped by... Happy new Year to all and my thanks for your continued readership.

Note: this isn't the post reviewing what the Coronavirus year has been like, I'm still turning that over in my mind.

Me, D and E on top of Point Louise, Ecrins on a cloudy day. Follow the link for more pix. And any resemblance between the title and the picture is, I swear, entirely accidental and only noticed in arrears.

Exciting new feature: books of the year (prompted by someone else doing it properly). Except it isn't really that, it's just the books I have reviewed. I do these partly to record what I have read, but it's an incomplete list. And, a couple of films.

Jun: For Whom the Bell Tolls, The Undercover Aliens

May: The White Mountains, Big Planet, The Mirror and the Light

We've finally left. In one sense I think "thank goodness the endless chatter and speculation is finally over"; but I very much doubt it is. My initial view - which you're doubtless interested in - is that the "deal" looks not totally insane, in that it roughly mimics EU membership whilst regrettably losing things like free movement; but really it looks like "why would you bother" - the nominal sovereignty gains appear weak enough to be not worth it, except to fanatics.

But I hope to think about this more carefully in future.

And, well, I suppose the promoters of "Singapore-on-Thames" will get their chance to show they mean it. Ho ho.

Update: 2023/01: although I cannot now find it, my pre-leave thought about Brexit was that the only way to make sense of it, was to go "Singapore on Thames" in the clown-in-chief's phrase. Which is to say, if you want to leave because the EU is smothering you in regulation, then when free you need to deregulate, because that's the benefit. However, that was never likely, because the number of people genuinely in favour of deregulation is small, even if the number of people peeved by one or another regulation they've just thought of is high. And so now we have "Brexit is a ‘complete disaster’ and ‘total lies’, says Tory business boss: "The only way that the Brexit put forward by Boris Johnson was going to work was if there was a complete deregulation of the UK and we moved to a sort of Liz Truss utopia of a Singapore state and that was just never going to happen,” Hands, a former donor to the Conservative party, told BBC Radio 4’s Today programme. “The British population was never going to accept a state in which the NHS would be demolished, where free education would be severely limited, where regulation with regard to employment would be thrown apart. It was just complete and total absolute lies.”

* Donne via Time considered as a helix of semi precious stones via Goe, and catche a falling starr.

* When May We Be Happy? by Bryan Caplan

Happy New year to you, too. As for Brexit... well, I've added a brief placeholder section in the hope of thinking about this more later.