How to assess the multiple interacting risks of climate change? 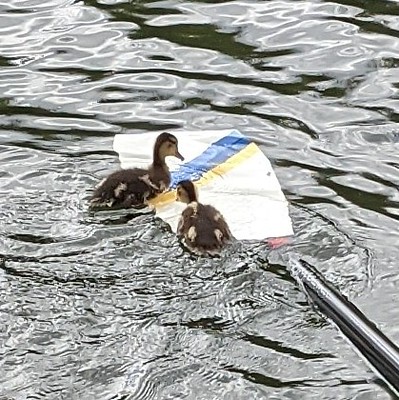 Ponder Dr Nicholas P Simpson and Dr Christopher H Trisos, But not very deeply. They take for granted that A key threat of a warming climate is that it does not pose one single risk, but rather it presents multiple, interacting risks. How convincing is this?

Their first (and, I presume, their best; why would you put anything else first?) example is global warming of 2C is projected to reduce yields of staple crops by 5–20%. Yet greenhouse gas mitigation options can also increase food insecurity if bioenergy crops displace food crops, or can lead to biodiversity loss from land-use change and afforestation. But while GW, all by itself, might reduce yields, nonetheless yields overall are going up. And bioenergy is dumb, and it is unlikely that people will be dumb enough to do it on a large enough scale to affect global food production. So if that's the kind of top-level risk they're worried about, I personally wouldn't bother worry. Unless someone was paying me to, I suppose.

Is there more? Still on food, they suggest Similarly, trade networks link distant food systems together and can, thus, compensate for reduced food security. However, they can also create new risks of global impacts, such as multiple-breadbasket failure, more rapid spread of disease, pests and invasive species, and new threats to local food security from changes in commodity prices caused by policy choices made elsewhere. But this too is unconvincing; the converse - that trade and globalisation smooth out local production problems - is stronger. And, really, it isn't very much to do with GW anyway.

Dull stuff I think. So, I'll stop there :-). FWIW I still think that the most likely real dangerous risk of GW is on the biosphere, but in unpredicatable ways.

*There is no stark racial difference that jumps out, rather a dreary sameness - TF
* The Chauvin Verdict: A Good Start…Or Not - by Tarnell Brown at EconLog
* What has changed over humanity’s recent history is not biology, psychology, physiology, ecology, or geography. What has changed, instead, is their attitudes...
* Incentives Matter in Banking Too by David Henderson
* THE EXISTENTIAL THREATBURGER : HERE'S THE BEEF!

* No, global warming is not 50% of what CMIP6 models predict - Moyhu on Roy; Making predictions with the CMIP6 ensemble by Gavin.

* Welcome To The Terrible World Of Prescription-Only Apps - SSC / AST

Sorry, don't understand. Refs to what?

Food production? Just pump more water out of wells. That will work, even if the rains fail.

You have five links listed under the subtitle Refs. Aside from all being right-wing talking points, I see no relation to your post.

I see what you mean. Have you not noticed this before? I use the "refs" section to add links to anything I find interesting, in the hope that google will find it for me again. Reference to the subject of the post is a bonus; sometimes I Google for the subject matter and add it to something relevant; sometimes just to the most recent.

Striving to reach the same level of cynicism as our host, I believe the gravest consequence of climate change will be its use as a 'get out of jail free' card for businesses and governments.

"Our profits have declined precipitously, not because of our idiotic acquisitions but because of..."

"Our economic policies have not produced the desired results, but that's because of..."

With of course the usual disclaimer that yes, climate change is real and there is a significant anthropogenic component, etc., etc.

Oreskes has been careless in the past, but were you reading the pre- or post-update version? UPDATE: Oreskes has told CNN she does not have a retainer agreement with Sher Edling: “Oreskes said she was paid for three and a half hours of work to review the historical accuracy of material for a legal brief by the law firm at issue and is not on retainer.”

I'm not sure I can bring myself to write about the latest drivel from Supran and Oreskes. Go on, tell me that I should.

At a Harvard Science Technology and Society seminar,some years before she joined the faculty, I asked Naomi why she had not consulted the papres and university archives of thew deceased targets of Merchants of Doubt.?

She told me primary sources were often problematic.

What ever will Sher Edling make of that take on historiography ?