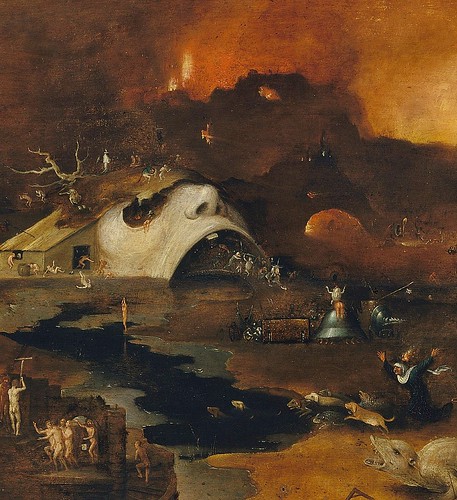 My earlier post refers. Today's outrage is Tech's 'Inactivism' on Climate Policy is a Big Problem. The arguement - they take a fair while to get to it - is As a counter-balance [to Evil Fossil Fuel Companies], we need influential tech companies that support climate-friendly policies to act like they're really in this fight.
To which I say: fuck off. Instead of arguing for pouring yet more lobbying money down pols - and perhaps some associated persons - throats, how about arguing for a less corrupt politics that doesn't require so much lubrication by dollars? Or - my preferred solution - just less politics, so there's less point lobbying it.

Speaking of weird shit... comes this Twit from Naomi Oreskes, pointing to an Arse article Biden plan eliminates billions in fossil fuel subsidies. Now NO is a busy person and probably didn't have time to read past the headline, always a fatal error as any fule kno. Because as the article makes clear, they haven't got even the tiniest clue as to which "subsidies" will be cut: The Biden administration hasn’t specified which tax credits or subsidies it would eliminate, and certain subsidies probably will be subject to horse trading in Congress.

This is perhaps a good point to note that the recent de-invention of the AMO is... amusing. Curry isn't too amused, perhaps in a rug-pulled-out-from-under-feet sort of way. But what certainly does amuse further is to see her still plugging the long-dead stadium wave.

* A note on fossil fuel subsidies
* Immigration and Housing: The Meaning of Hsieh-Moretti by Bryan Caplan and Build, Baby, Build: Now Under Construction.
* The SAT and the ASEA - CIP
* Liberals want to blame rightwing 'misinformation' for our problems. Get real by Thomas Frank - in, gasp, the Graun
* Book review: Beasts / Foundation / Neuromancer / Swallows and Amazons / Madame Swann at Home / The Iron Dream
* Why are economists losing prestige? by Scott Sumner - makes, somewhat more politely, the point I made on Twatter.
* It looks like that fuckwit Biden is keeping Trump's tariffs on solar panels.
* I wish capitalism didn't just help the rich.
* Climate scientists and activists nervously eye Musk.
Posted by William M. Connolley at 9:15 am

Politics is a necessary part of life for humans.

Has been for at least millions of years. Hunts with a group do not organize themselves.

"how about arguing for a less corrupt politics that doesn't require so much lubrication by dollars? Or - my preferred solution - just less politics, so there's less point lobbying it."

Like this is going to happen before we have serious climate problems? Dream on, Utopian.

Your Michael Mann vendetta is getting a bit much, don't you think? The guy writes an editorial asking a bunch of companies who quite ostentatiously boast about their "green" credentials to use some of their immense political power on behalf of a cause they supposedly embrace. An anodyne appeal by almost any rational measure.

I can't really tell if you are more outraged that Michael Mann spoke out or about his acknowledgement of the familiar fact that the great corporations have vast political power. I understand that you don't like the fact that the real world doesn't resemble your Hayekian fantasy land, but really, you are a bit too young and clever to turn into the curmudgeonly fellow yelling at the kids to get off his lawn.

> boast about their "green" credentials

They are green in a good sense: that the value they create is large, compared to the resources they use. Why you should want them to pour that value down worthless pols throats still baffles me.

As to their immense political power: fuckwits like Warren don't think so. She openly, bandit-like, threatens them unless they stop being cwuel to her. Or is it more spoiled-child-like? And notice that in response, you called the tech companies "the predators". Now you want them to ride to your rescue?

By the way, you completely missed the backstory and context of Warren's troll:

Have you come across Cory Doctorow's relevant piece?

I didn't say I endorsed Mann's appeal, I did think that your reaction was weird and irrational.

"worthless pols..." You really do live in a remarkable fantasy land.

"bandit like" - I'm going to guess that you have limited experience with real bandits.

I don't expect tech companies "to ride to the rescue..." but they have a stake in the future too.

"'predators...'" - well of course they are. That doesn't mean they aren't important members of the ecosystem. Wolves need to make a living too.

I'm not sure why people take CD seriously; certainly, that piece doesn't encourage me to. But since you mention Atlas Shrugged, I take the chance to point you at my review.

I think his first error is to assert the existence of a "global ruling class". That kind of error colours his thinking, and so leads him astray. And his diagnosis ("market forces" are incompatible with the continued existence of a human-habitable Earth) is wrong. No-one -outside a small field of wild-eyed nutters - is proposing to remove market forces; and indeed when you think about it, the idea makes no more sense than the idea of getting rid of the "force" of gravity or the "force" of evolution. Having started like that his answer, predictably, is Regulation, which has some part to play, but hopefully in the hands or people who can think rather more clearly than CD.

I grew up in Colorado, where there had been a gold mining boom a hundred years before. What was left? Piles of mine tailings and abandoned tunnels leaching acids, lead and such into local streams. The price for the value created will be paid for years, decades and centuries into the future. Streams that fish can't live in and that livestock should be prevented from drinking from.

How to balance the future against the present?