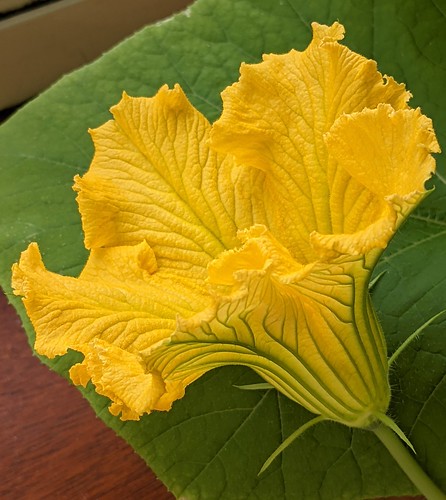 The hot topic around coronavirus nowadays - apart from whether I get to go to Switzerland this summer - is the "lab leak theory"1. As a starter, I like The media's lab leak fiasco; A huge fuckup, with perhaps not-so-huge policy stakes by Matthew Yglesias. From which the key part is

What happened is that Tom Cotton raised this idea in February in his capacity as a China hawk, and then again in March as part of a nonsensical attack on Joe Biden. He got shouted down pretty hard by scientists on Twitter, by formal institutions, and by the media. Then this kind of pachinkoed down into being a politics story where writers and fact-checkers who didn’t cover science at all “knew” that this was a debunked story that right-wingers were pushing for their nefarious ends. I think it’s increasingly clear that this was a huge fiasco for the mainstream press that got way over their skis in terms of discourse-policing, and there is in fact a serious scientific question as to where the virus came from — a question that we will probably never be able to answer because the Chinese government has clearly committed to one viewpoint on this and isn’t going to allow a thorough investigation.

I say "starter" but actually that's about all there is to say. This piece goes into some more detail (note: IANAV and can't judge the science) but it turns out that all you end up with is that (A) none of the evidence either way is particularly convincing and (B) various statements by various scientists expressing certainty or near-certainty that the lab-leak theory is wrong, are themselves wrong; in that their certainty is unjustified. The WMO investigation seems to me to have been farcical - as MY puts it "the Chinese government has clearly committed to one viewpoint on this and isn’t going to allow a thorough investigation"; it looks like political pressure made the statements in that report unreliable2. 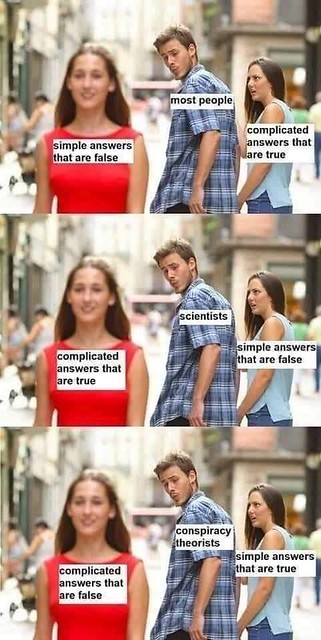 From the policy-response side I think the interesting point is that all the nice people saw the bad people saying this thing, and concluded that it must be false. Which is logically obviously wrong. And yet nominally sane people are still making this mistake. Wittily, it turns out that fb had banned talking about it, per Facebook lifts ban on posts claiming Covid-19 was man-made which shows the dangers of pressuring fb to censor things you don't like.

That the commies are doing their best to impede investigation is not proof of their guilt. It seems like moderately convincing evidence, until you remember that, well, that's just how authoritarian govts behave about everything; and also recall Saddam's impeding of the WMD inspections.

The NewYorker notes that The left’s theory blamed an unreconstructed pre-modern approach to wildlife that, instead of protecting it, killed and ate it; there certainly were a number of stories around that, and a number of people were rather clearly "happy" to have their worst fears confirmed. But I'm not sure these were influential.

1. FWIW, there are two variants: (1) accidental leak, and (2) deliberate release. (2) seems implausible to me, and I think some people have used 2-is-obviously-false to somehow elide into 1-is-false; which is logically invalid.

2. Quite a lot of other stuff by experts turned out to be unreliable; the early advice on masks for example; the surface-contact stuff: see the Economist's Evidence points to SARS-CoV-2 being a virus which travels easily through the air, in contradistinction to the early belief that short-range encounters and infected surfaces were the main risks.

* Possible, but far from proven: Assessing the theory that covid-19 leaked from a Chinese lab: The evidence so far is circumstantial - the Economist.

* PW notices that herd immunity was indeed the govt's policy, as advised to them by scientists.

* Hayek was not a conservative. Here's why.

* Johnson & Johnson single-shot Covid vaccine approved for use in UK.

* Switzerland walks out of seven-year treaty talks with EU.

* The Wuhan Lab and the Gain-of-Function Disagreement.

* The preservation of a free system is so difficult because it requires a constant rejection of measures which appear to be required to secure particular results, on no stronger grounds than that they conflict with a general rule, and frequently without our knowing what will be the costs of not observing the rule in the particular instance. A successful defence of freedom must therefore be dogmatic and make no concessions to expediency, even where it is not possible to show that, beside the known beneficial effects, some particular harmful result would also follow from its infringement. Freedom will prevail only if it is accepted as a general principle whose application to particular instances requires no justification - Hayek via CH; and In civilized society it is indeed not so much the greater knowledge that the individual can acquire, as the greater benefit he receives from the knowledge possessed by others, which is the cause of his ability to pursue an infinitely wider range of ends than merely the satisfaction of his most pressing physical needs. Indeed, a ‘civilized’ individual may be very ignorant, more ignorant than many a savage, and yet greatly benefit from the civilization in which he lives.

* The Climate Book You Didn’t Know You Need: The Physics of Climate Change by Lawrence Krauss by Sabine Hossenfelder.

* WHEN WILL CTHULHU ENDORSE BEYOND BURGER?

Agreed that Yglesias's piece was good. Also that there isn't much evidence for any particular position and that the more certain people are, the less convincing they are (at least to me) Almost a litmus test for sane non-partisanship.
Not too many people coming out of this looking good which is sad but predictable.
Maybe it's just that shouty people are the most partisan - perhaps the back streets are awash with people who would say sensible things if pushed? Not sure I believe that.

Just like (2) is implausible and tarred (1) by extension, I think that (1b) is substantially less plausible than (1a) based on not finding any red flags in sequencing. (1a) is hard to disprove, absent finding a natural reservoir either near Wuhan or near someplace where an animal could have been transported to Wuhan. But I think people shouting down (1b) may have also tarred (1a) by association.

Ah yes I should have mentioned the gain-of-function (GOF) stuff and the possible US funding thereof, which in at least one version muddies the statements of some US researchers. I've added a token ref. As to the probabilities... I think it is very hard to know. Were it so, anyone involved would have a very strong motive to avoid it becoming known; but then again, could you keep a lot of people quiet? We may never know.

MY: "I think it’s increasingly clear that this was a huge fiasco for the mainstream press that got way over their skis in terms of discourse-policing, "

Certainly not a fiasco for Nicolas Wade, the arguable doyen of NYTimes science writers, who told the story lucidly without spinning it.

The 1 to 2 eliding goes both ways, and I think writers like Y should make clear what they are talking about. There is some hope of agreed evidence on whether the virus has been enhanced (or created), and I think that is what the scientists were talking about. Simple leak by infecting staff is unlikely to be resolved. We can't tell at a distance, and its possible China can't tell either. The main hope there comes from Shi's claim that the virus wasn't of a type the laboratory was looking at. If that can be verified, it seems conclusive.

The denialati have progressed from blaming the Texas Big Chill blackout on photovoltaics to blaming the explosion of a coal fired power plant on the sun:

> If that can be verified, it seems conclusive.

Ho does that differ from #if 0, then <whatever you like>? I think this is covered by MY's "the Chinese government has clearly committed to one viewpoint on this and isn’t going to allow a thorough investigation" which I think is true.

> the explosion of a coal fired power plant on the sun:

Are people still paying any attention to JN ;-?