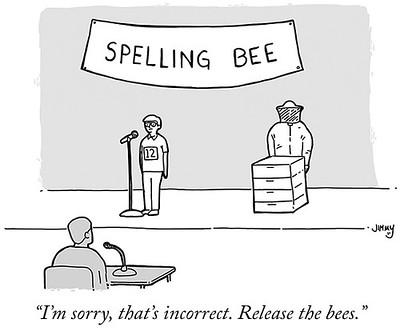 This is Monbiot, in the Graun via Timmy. M is riffing off the Oxfam report which I don't really believe, since I think they essentailly use wealth as a proxy for CO2, but feel free to persuade me that I'm wrong about that. M's conclusion is I’ve come to believe that the most important of all environmental measures are wealth taxes. Preventing systemic environmental collapse means driving extreme wealth to extinction. But as Timmy points out, this doesn't work even if you do believe Oxfam, unless you believe that wealth taxes destroy wealth, rather than redistributing it. Because CO2 emissions are (waves hands) sub-linear with wealth, just as consumption is: there's only so many flights you can take and yachts you can own and food you can eat. So redistributing the wealth, without destroying it, would lead to increased emissions rather than a decrease.
My suspicion (other than a total failure of thought on M's part, which I can't rule out) is that M is thinking that redistributing wealth from Nasty Millionaires down to Nice Middle Class People Like Him will work, because the NMCPLH will not consume the wealth, instead they will, errm, just put it in their bank accounts and look at it. And the banks will not of course loan that money out to people who will use it, errrm.
Another possibility (that M hiself does not explore) is that the taxed wealth might be spent on CO2 abatement, somehow, presumably by the taxing govts. It isn't impossible; but then again neither is the idea that the NM's might do that themselves.

I also think While the emissions of the world’s middle classes are expected to fall sharply over the next decade, thanks to the general decarbonisation of our economies, the amount produced by the richest will scarcely decline at all is voodoo. Because... I doubt I believe their methodology. They don't make it easy to find it, either; but I waded through it before. And we end up with We assume, based on numerous studies at national, regional and global levels, that emissions rise in proportion to income, above a minimum emissions floor and to a maximum emissions ceiling. "In proportion" (in their terms, elasticity = 1) doesn't seem too plausible to me; but I now realise I need to find their "ceiling" number... rootles around... aha, here: 300 tCO2/person/y; about 15 times the average USAnian. I notice that M says The richest 1% of the world’s people (those earning more than $172,000 a year) produce 15% of the world’s carbon emissions: twice the combined impact of the poorest 50%. On average, they emit over 70 tonnes of carbon dioxide per person every year, and he is semi-quoting the report here, but he is wrong: the 172k figure comes from "Annual income in 2030 ($2011PPP) of richest 1%: >$172k" and 2030 is not now1. The 70 figures is also 2030; the figure for now is ~73. But my point is then that the 300 number leaves a lot of headroom in the 1%, if the average is ~70. And if the economy decarbonises for the NMCPLH, it will likely decarbonise for the NM too.

Is this (I mean M, not me, obvs) anything but noise: does he really expect to be read and influence people? Or is it just filler for the Graun?