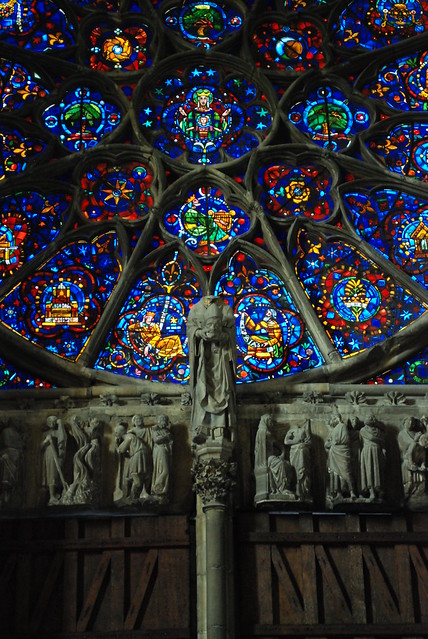 This summer, looking for something free to read on my Kindle, I stumbled upon Francis Bacon, and thought: why not? The answer turns out to be: because he is a windbag2. I think I was put on to Bacon by something at ACX, but can no longer recall quite what. With that supendous introduction, now read on, bearing in mind that this review is not entirely fair, and is largely reconstructed from my impressions of a month ago dredged out of my notoriously poor memory. However I feel that in reviewing someone who is mainly telling us that his predecessors were wrong, it would be wrong of me to be over kind.

Wiki says that Bacon "has been called the father of empiricism" which isn't his fault. Stanford, normally a bit more sober, goes for "one of the leading figures in natural philosophy and in the field of scientific methodology in the period of transition from the Renaissance to the early modern era". Between those two you can find enough nice things said about him and his works, so I don't need to trouble to do that.

This is the Big One. Curiously, I find that the LibertyFund has it, so that will do (I read Gutenberg's version on my Kindle). Let's give you some taste of his style:

They who have presumed to dogmatize on nature, as on some well investigated subject, either from self-conceit or arrogance, and in the professorial style, have inflicted the greatest injury on philosophy and learning. For they have tended to stifle and interrupt inquiry exactly in proportion as they have prevailed in bringing others to their opinion: and their own activity has not counterbalanced the mischief they have occasioned by corrupting and destroying that of others. They again who have entered upon a contrary course, and asserted that nothing whatever can be known, whether they have fallen into this opinion from their hatred of the ancient sophists, or from the hesitation of their minds, or from an exuberance of learning, have certainly adduced reasons for it which are by no means contemptible. They have not, however, derived their opinion from true sources, and, hurried on by their zeal and some affectation, have certainly exceeded due moderation.

It is interesting that Newton's Principia was published a mere 67 years later but is utterly revolutionarily different: eschewing entirely the windbaggery in favour of actual content5.

Bacon gets credit for realising that a lot of the old stuff is wrong: Plato, Aristotle (note that the name NO is a riff on A's Organon), whatever; and that new thought is needed. I shouldn't minimise how hard this is to do, because just waking up is difficult enough. In the beginning he is keen to stress how peaceable he is with "We make no attempt to disturb the system of philosophy that now prevails"; but I think that is just fluff; not long after he says "we regard all the systems of philosophy hitherto received or imagined, as so many plays brought out and performed, creating fictious and theatrical worlds".

B is keen on Induction not Syllogism. By which I think he means deducing general principles from lots of observations; rather than a stepwise logically-impeccable deduction of a chain of truths from... something; or possibly; rather than just Making Shit Up1. I had no great patience with this, so you may prefer wiki's Baconian Method article. His method tends towards the "gather large numbers of observations and facts and from them make theories" kind of thought, which doesn't really work, as it neglects the role of theory in deciding what things you want to observe; though to be fair he does give some role to iteration between the two.

As far as I can tell he believes in "continuous matter" not atoms (This method will not bring us to atoms, which takes for granted the vacuum, and immutability of matter (neither of which hypotheses is correct); and thus he can try things like The first regards the body as an aggregate or combination of simple natures. Thus, in gold are united the following circumstances: it is yellow, heavy, of a certain weight, malleable and ductile to a certain extent; it is not volatile, loses part of its substance by fire, melts in a particular manner, is separated and dissolved by particular methods, and so of the other natures observable in gold. An axiom, therefore, of this kind deduces the subject from the forms of simple natures; for he who has acquired the forms and methods of superinducing yellowness, weight, ductility, stability, deliquescence, solution, and the like, and their degrees and modes, will consider and contrive how to unite them in any body, so as to transform it into gold. Which is charming: you can move things towards being gold by separately pushing them on axes of yellowness, density, malleability and so on, This is wrong, of course, but that's not the point: the point is that he is doing what he charges the antients with: Making Shit Up3. I don't think he even attempts to postulate the idea of an experiment which might distinguish the two views.

Random: he hasn't realised that biological processes are Really Complicated, and so if you want to investigate, say, heat, you really ought to start by separating organic from inorganic and looking at the latter.

He is fond of lists. A significant part of the book is "Prerogative Instances"; for example We will treat of the instances of divorce as the fifteenth of our prerogative instances. They indicate the separation of natures of the most common occurrence. They differ, however, from those subjoined to the accompanying instances; for the instances of divorce point out the separation of a particular nature from some concrete substance with which it is usually found in conjunction, while the hostile instances point out the total separation of one nature from another. They differ, also, from the instances of the cross, because they decide nothing, but only inform us that the one nature is capable of being separated from the other. They are of use in exposing false forms, and dissipating hasty theories derived from obvious facts; so that they add ballast and weight, as it were, to the understanding. For instance, let the acquired natures be those four which Telesius terms associates, and of the same family, namely, heat, light, rarity, and mobility, or promptitude to motion; yet many instances of divorce can be discovered between them. Air is rare and easily moved, but neither hot nor light; the moon is light but not hot; boiling water is warm but not light; the motion of the needle in the compass is swift and active, and yet its substance is cold, dense, and opaque; and there are many similar examples. I found all that unenlightening.

He is also fond over vague over-arching "aristocratic" or "dilettante" science, and doesn't seem to have much patience for the details4, where progress is to be found: Men generally make their experiments carelessly, and as it were in sport, making some little variation in a known experiment, and then if they fail they become disgusted and give up the attempt; nay, if they set to work more seriously, steadily, and assiduously, yet they waste all their time on probing some solitary matter, as Gilbert on the magnet.

That's about it I think. Did I miss anything?

Of the Proficience and Advancement of Learning, Divine and Human

Largely a pre-tread of NO, from my recollection, and so not worth reading independently unless you really want all the latin tags, which I think are fewer in NO. Gutenberg text here.

An unfinished Utopia knock-off, which shows us a society which has used his ideas, and whose main content is a loong speech by a worthy of the "Salomon's House" telling us about all the kewl kit they have over there. Ironically but inevitably this exposes Bacon's total lack of any actual rather than meta ideas, since everything they have is just like what England had at the time, only bigger; or better; or hotter; or colder.

1. I supply the example "The circle is a perfect shape; the heavens are perfect; thus planets move in circles" as an example of Making Shit Up.

2. He is also massively over-rated by Ye Populare Mediae, but is hardly unique in that.

3. And also for being pretty vague about it all; try searching the Standford article for "atom".

4. Another instance: the tides: let the required nature be the flow and ebb of the sea, which is repeated twice a day, at intervals of six hours between each advance and retreat, with some little difference, agreeing with the motion of the moon. But he makes no attempt to establish observations of the times of the tides, and compare these to lunar position.

5. Or I suppose Galileo's Dialogue Concerning the Two Chief World Systems of 1632.

* MISTAH COAL, HE NOT DEAD

* The city without zoning / Martha's Migrants

[[Kigali Amendment]] about which I know nothing. Some signs of sanity from the US perhaps.

Tim Ball dies in fiery hydrogen dirigible crash. Mann sais well that ought to do it.

That's not what you said before :-)

"4. Another instance: the tides: let the required nature be the flow and ebb of the sea, which is repeated twice a day, at intervals of six hours between each advance and retreat, with some little difference, agreeing with the motion of the moon. "

If you sail around enough, you can encounter seas with one tide a day ( between Borneo and Sulawesi ) , or none at all— the anadromal region of the Indian Ocean a thousand or so miles West of Perth