Should I kiss the vipers fang / Or herald loud the death of man?

A miscellaneous posting with no science whatsoever.

I've been on hols 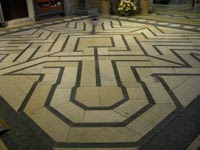 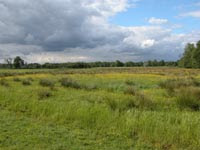 First narrowboating on the Cam, the Ouse (and briefly the Lark) on Zinfandel (slight disclaimer: the owners are friends); the pic is of the maze at the foot of the West tower of Ely cathedral; the "ghost" is Miranda. Second, camping at the Dower House campsite with friends (M stayed at home for this); the pic is of a rough pasture on the way to the hard-to-find river.

Blogger comment software is cr*p. If you post a comment, I get an email. *But* it doesn't tell me on what post. So if you post to a recent one, thats fine, I'll find it. If you post to an old obscure one, I won't. So if you want an answer and you're posting on an old post, please include some hint as to the title or subject (obscure comments like "haven't you heard of photosynthesis" aren't much of a hint; OTOH its probably not worth responding to either).

OTOH #2, you may prefer to just copy the post or your comment to sci.env: I read that, and then at least we can skip the tedious complaints of censorship.

I'm a bit puzzled by the traffic stats. I post nothing for a week and end up with quite a few visits (they normally tail off if I don't post (which also somewhat puzzles me, cos how do people know I'm not posting if they don't visit...)) and... a practically doubled advertising income, now above the not-at-all-magic $7 mark. Saturday got me $2.86, wow.

Lastly, the title is of course Bowie, and is in response to Music Meme from TL (which was in turn...). And the answers are:

Hey there brother. I've recently been listening to Hunky Dory and just for noapparent reason put in vipers fang and you were what popped out. In the song Quicksand I recently realized and have been looking into The Golden Dawn anyway it was a coincidense if you only have your picks on for a month and I try to follow up on them, they tend to lead me to interesting people. So whether you care or not, I'm going to check your blog out again to see whats what.