Always late. But this time, not so bad. Apart from the bit of Apistan I found, which must have been left in since last autumn, which is bad. Altogether it has been a much better year than 2016.

First (but I actually did it second) is what used to be the first hive but is now the second. Here you can see the result of not giving the poor bees enough frames; but actually it's all right and they'll be happy. For the sake of a simple life I decided not to take any honey off this one; it was getting rather late in the day and the amounts would have been marginal anyway. 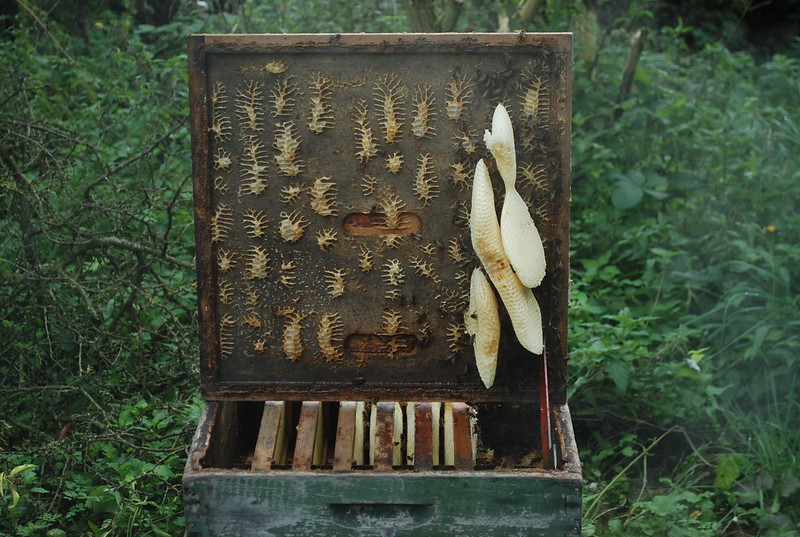 What is now the first hive got a new copper roof this summer, but as can be seen the floor was past it's best and really needs replacement or repair: there's a hole in the side (woodpecker maybe?) big enough to let something much larger than a bee through. Note the bright yellow pollen though: a good sign. 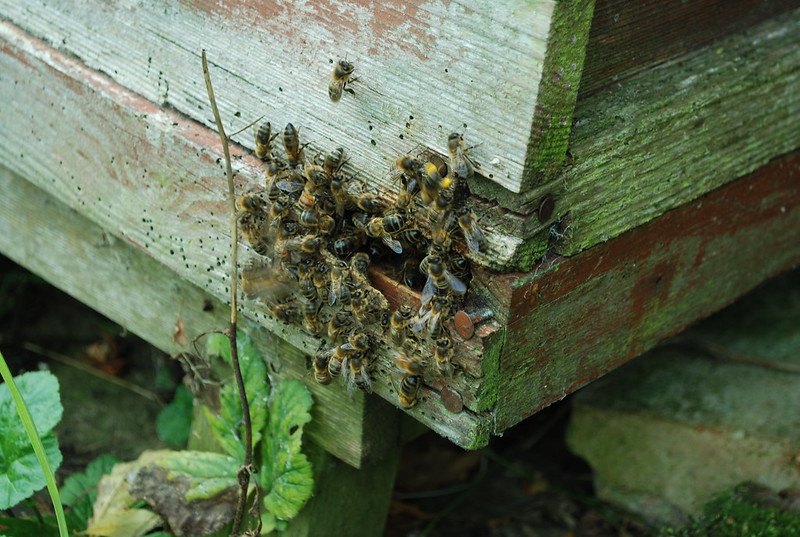 A full super is heavy, so getting the floor replaced meant taking both supers off (though it is being run as brood-and-a-half due a slight accident a few years back, gosh was it really 2009?, and I wasn't going to change it now), lifting the brood plus old floor off the stand - it promptly stuck, of course - putting the new floor on the stand on and then lifting the brood box onto the new floor. The bees being creatures of habit are still clustered around the hole that is no longer there, I hope (on the corner nearest us). 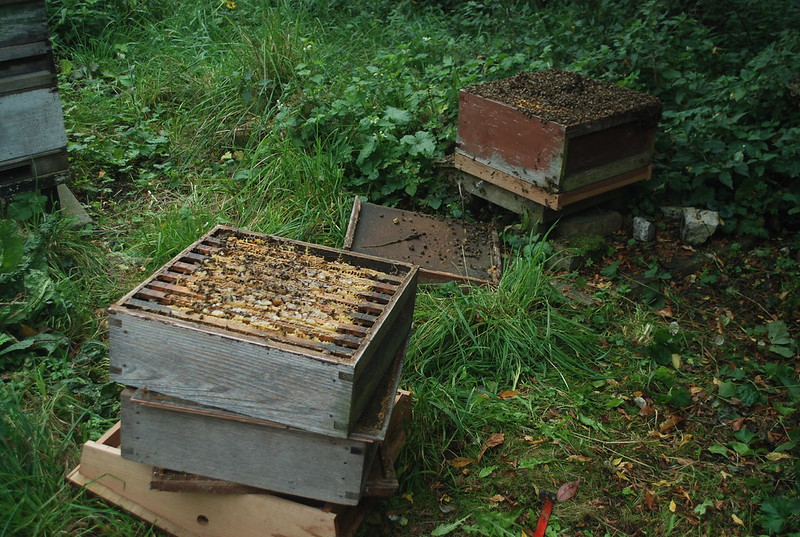 The whiteish stuff visible on the super is just crystallised (rape) honey that I ought to deal with. I took off most of the top super. I mostly spun off, though some had set; and I stuffed it all back in again in the evening, leaving melting down till next spring. 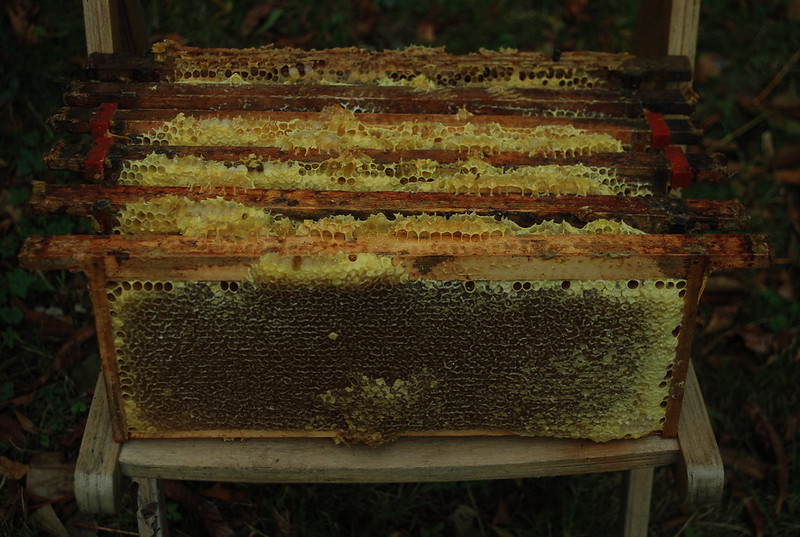 Here are some of the frames I took off, looking suitably dark and not too messy.


* Ladislav R. Hanka: The Honeybee Scriptures - from the Amsterdam Quarterly, via SB.
Posted by William M. Connolley at 7:13 pm

Have you ever looked at the "Omlet" company's large plastic bee houses and equipment?

It's a UK company.

I'm a trad wooden beekeeper. But I have a friend with a plastic hive - not this type, but similar - and another with a German polystyrene hive. A hive that all fitted together exactly and didn't rot would be weird; you'll be suggesting we stop making cars out of wood next.

Bad beekeeping is why I keep reading Stoat.