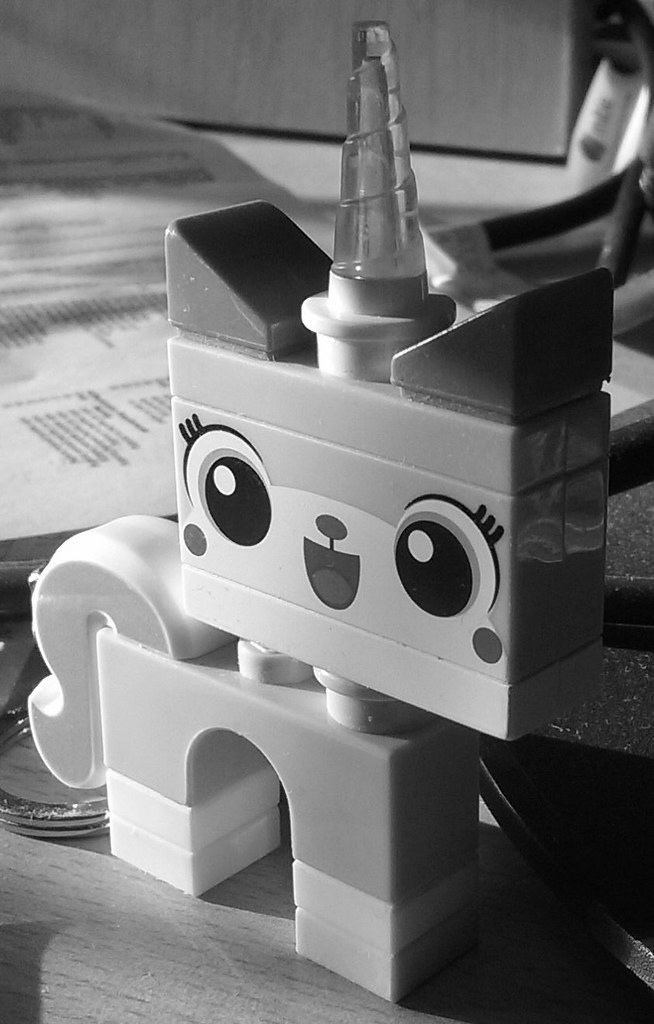 Via ATTP on Twatter comes Conservatives probably can’t be persuaded on climate change. So now what? (arch). Since it's by David Roberts, you won't be surprised to find that I disagree with it. Or rather, I disagree with some of it and will therefore violently object to its very right to exist. His tagline of "One more round of “messaging” won’t do it" is true, though hardly rises to the rank of a Key Insight. Anyway, DR writes:


Dixon’s team found that, in surveys, conservative opinion on climate solutions could not be moved by scientific or religious messages, but it could be nudged in a positive direction by messages that stressed “free market solutions.” Core values, not science, are what drive conservative opposition, Dixon tells Grossman, and “free markets” are a core value for conservatives. They view climate policy as a threat to free markets, which is the real reason they reject climate science, so messaging should assuage those fears. This is wrong. First, the idea that free markets are a core value of today’s US conservatives should provoke only laughter...

and so on. Notice DR is being offered the truth but is blinded to it by his prejudices; we're back at Rejecting Climate Change: Not Science Denial, but Regulation Phobia? Or alternatively, we're back at the New Yorker: what Democrats have learned [sic] in the year since they lost to Donald Trump. And if you judge by that article the answer is nothing: they are still pissing around trying to magic demographics instead of finding sane policies, candidates and messages. DR continues:


Most importantly of all, we must note that it’s not true that climate solutions necessarily involve violence to free market principles.

And that is correct; see for example Carbon Tax Now! But DR then asks if it’s not true that climate solutions necessarily violate the allegedly core conservative principle of free markets ... who told them that? (which is slightly oddly phrased; he is of course asking who told the Cons that Clim Sols do violate FMs). To which the answer is: most of the people pushing GW solutions via regulation are saying that very thing.

Well, I wrote the above yesterday and then re-read it and thought meh; I've said much the same before. And then today I find that ATTP has posted on the same DR post, so I decided maybe it was thrilling enough to throw out the door. Per all my previous, I think DR is wrong to be giving up on persuasion; he just needs to trying thinking, instead of trying to ram the same wrong-shaped "facts" down unwilling throats. ATTP is of course correct to conclude that there is some core of people who will never be convinced and trying to find clever messaging strategies that might do so, is... a waste of time. I assert that the core is smaller than you think.

But does accepting what ATTP thinks imply those who want to actively promote change will probably have to – at times – approach this more as a fight than as some kind of polite debate? This I find somewhat dubious. If those who wanted meaningful action on GW in the USA had a majority - or the strength in other ways - to act, they would have done so. If the facts and the science are on your side but you're not strong enough to win a brawl then it is foolish to start one.


* Victory for Journalist as Accuracy Complaint by ‘Contrarian’ Climate Scientist Thrown Out (Professor Ray Bates and the Village Magazine)
* Today's contribution to the tariffs debate from CH
* 'I'm not a bigot' Meet the U of T prof who refuses to use genderless pronouns
Posted by William M. Connolley at 5:39 pm

Robert's key point is that right-wing opinion is heavily influenced by enormous financial weight of the the plutocratic propaganda machine:

"or one thing, fossil fuel companies play an enormous role in funding the party (and climate denying “think tanks”); the material interests of politicians like Scott Pruitt and Ryan Zinke are bound up in the good graces of fossil fuel executives. What counterbalancing force is there, with the power to nullify or even diminish that influence?

"For another, conservative media elites profit the more they work their audiences into a frenzy of paranoia, fear, and loathing toward the left. Bashing on everything the left does is good for clicks and viewers. It is literally money in their pockets. What counterbalancing force is there, with the power to bring about bipartisanship on this one issue?"

> Your notion of "regulation phobia" is an amusing delusion

Regulations are a complex problems. Large companies are, naturally enough, not averse to complex regulations even if they imposes costs on themselves, as long as they discourage smaller rivals or new entrants even more. And they are also naturally enough opposed to regulations that, as you put it, "make it expensive for them to pollute". Since this is all natural and indeed unavoidable and entirely foreseeable, it would be good to design a system to avoid the problem; or (following Hayek on systems design) nudge the system away from the problem.

The coal industry is a lost cause; but also not a very financially powerful one and therefore not really politically powerful. Oil is another matter. But people don't burn oil in power stations, they put it in cars, and there is at the moment no alternative to that other than an expensive Tesla. So it should not be past the wit of people to co-opt the oil industry towards carbon taxes - after all, Exxon at least are nominally in favour and should need no persuading.

OT: Any chance of a comments-for-all-blogposts RSS feed like you had at SEED?

(It'd be a guaranteeed readership-booster, honest.)

CIP, how is it that the " enormous financial weight of the the plutocratic propaganda machine " seems insufficient to purchase more the services of a handful of carnival barkers and the odd ex-con?

Most of their productions fall less into the realm of climate communication than self-parody:

Does http://mustelid.blogspot.com/feeds/comments/default?alt=rss work? Blogger tells me it is supposed to.

@Russell Seitz - ... a handful of carnival barkers and the odd ex-con?

Well that's one way to describe them, but it manages to include a major news network, the Nation's number three newspaper, a solid core of academic economists, and a whole political party, prominently featuring the Vice President and the Speaker of the House.

Not to mention a vast cloud of internet trolls and every idiot on talk radio.

Yes, that works. Thanks. (It has to be added manually to FeedBro, but that's not your fault.)

>"other than an expensive Tesla"

You mean one of these

CIP, I find it even more remarkable that "a major news network, the Nation's number three newspaper, a solid core of academic economists, and a whole political party, prominently featuring the Vice President and the Speaker of the House." can't muster more scientific backup. T

heir only first rate defenders are less defending the oil patch platform than the 401K's they acquired in their glory days as lead scientists for the Seven Sisters , Australian coal exporters in Murdoch's prbit and the tar sand mining gnomes of Calgary.

Meanwhile , the midnight oil seems to be burning brightly on the left side of K Street as well.

DR filters out history. Less than ten years ago, climate legislation looked likely in the US. The candidate of the Republican Party even had his own cap/trade proposal. But DR and Joe Romm insisted the climate vote must go to the Democratic candidate, whose plan was so much better. So it did.

Cap/trade was a shoe in. The Democrats controlled both Houses with a filibuster proof Senate. It was the President's first major legislation. Mere weeks into his term the new President reversed himself on 100% auction, shockingly taking the position of vanquished opponent. There would be no cap/trade.

Perhaps DR dismisses free markets as a vehicle for climate solutions because he doesn't understand what can be done through them.

PK's idiocy forces me to break my commenting hiatus briefly.

I'll just pick one of several elements of obvious wrongness:

"The Democrats controlled both Houses with a filibuster proof Senate. It was the President's first major legislation."

Filibuster-proof? Um, wrong. Gory details here. How quickly PK forgets. Or maybe it's the wingnut proclivity for making up new realities as they go.

So during that brief 4-month window (not 2 years) the Democratic Senate contingent was able to muster enough votes to overcome opposition to Obamacare. By contrast, who would be so foolish as to think that Senate Dems were united enough on climate to pass Waxman-Markey during that window, even if they had managed to peel off a couple GOP votes?

As is my constant habit, I was paying attention in January 2009, looking for the key move needed to actually implement Obama's broader program and a climate bill in particular; i.e., a majority-vote abolition of the filibuster at the time the rules were set. It did not (could not) happen precisely because Senators on the Dem right didn't want to give up their leverage on things like the climate bill. With 60 votes needed, enough of them opposed it that it never had a chance.

PK will no doubt file this correction in the void, but at least everyone else knows.

William might consider being a little more humble about his grasp of US politics. OTOH, this is a blog.

Regulation-phobia is a symptom. The closely-linked package of greed and desire for social status is the disease. A key insight is that the degradation of the wealth and status of others is just as good, maybe even better, than enhancing one's own.

I agree wholeheartedly with Steve Bloom's correction on how the Democrats who screwed the pooch on cap/trade.

What was your definition of Trump effect being small?

Herewith some extracts from the official FY 2018 budget proposal documents of the US budget offices of NOAA and the Department of Energy. Just google budget office and department name and off you go.

That's going to depend on how it works, overall. This looks to be part of https://www.energy.gov/sites/prod/files/2017/05/f34/FY2018BudgetVolume3_0.pdf which is part of https://www.energy.gov/cfo/downloads/fy-2018-budget-justification. Perhaps "The shift away from later-stage development and deployment activities and the increased focus on early-stage R&D provides an opportunity to reorganize and move toward a more efficient organizational structure" is their excuse for less funding. Perhaps it is even valid; I don't know.