Another fine Lents, this one happily not truncated by inclement weather. Stars of the show were Caius who went head on their first day. According to Pembroke regatta they were two lengths faster than Maggie or Downing over about a km; and indeed they caught Maggie around the Plough. For the women, Newnham were convincingly faster than Downing and then Jesus. Elsewhere there was lots of excitement, including me flinging my GoPro into the river 30 seconds after taking this on Saturday, and a cold wet time I had recovering it. 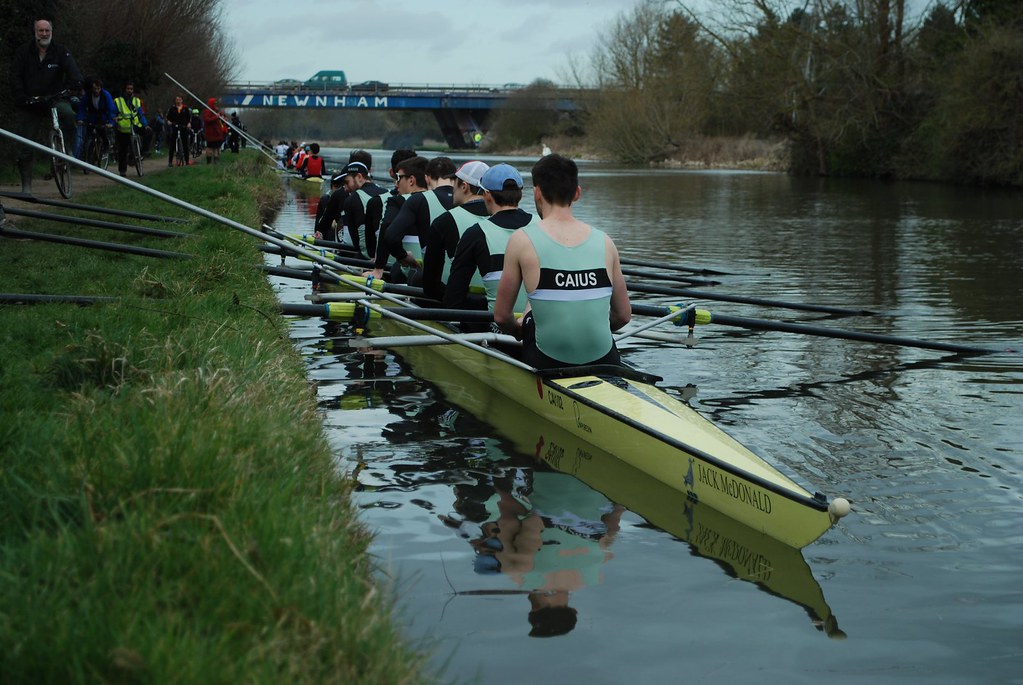 Rather than point you - and my future self - at the individual days, there's an entire playlist to go through. As a bonus, I've included a few other people's vidz in the list. If you want to watch any, they're all dead thrilling, but Saturday's M2 has a particularly exciting finish.


* 2017
* 2016
* How to get ze legs down.
* Large teams develop and small teams disrupt science and technology by  Lingfei Wu, Dashun Wang & James A. Evans; via Dominic Cummings.
Posted by William M. Connolley at 9:44 pm

What is a GoPro?

@DBB - A camera designed to be thrown into water.

Indeed. Sadly, despite being thoroughly waterproof, they don't float. I'm thinking of sticking some polystyrene onto mine, but have realised (in these eco-packaging days) that I may find it hard to fine.

There are so called floaty cases for GoPros. https //www.google.com/search?q=gopro+floaty&rlz=1C1GGRV_enUS751US751&oq=gopro+floaty&aqs=chrome..69i57j0l5.14842j1j7&sourceid=chrome&ie=UTF-8