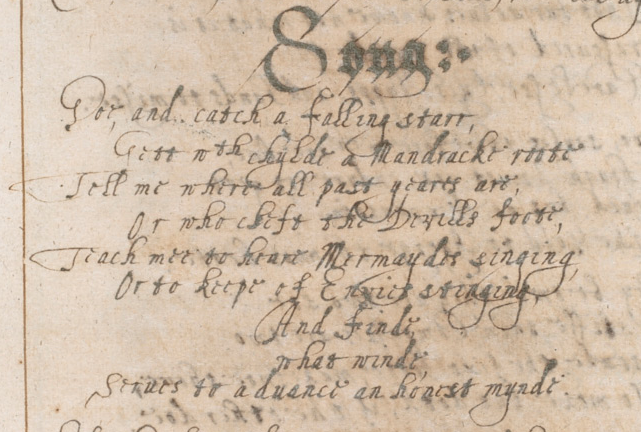 Listening to the usual idiots bleating about adjustments to the temperature record, I was struck by a comment in the Jones et al. paper which contains the definitive tracking of where 7.1(c) came from. That quote is:


...the source can be isolated to a series used by H.H. Lamb, representative of central England, last published (as figure 30 on p. 84) by Lamb (1982)... The ‘Central England’ curve also appeared in Lamb (1965: figure 3 and 1977: figure 13.4), on both occasions shown as an ‘annual’ curve together with the extreme seasons: winter (December to February) and high summer (July and August). The IPCC diagram comes from the 1982 publication as the vertical resolution of the annual plot is greater. The data behind the 1977 version are given in table app. V.3 in Lamb (1977), but these are essentially the same as previously given in Lamb (1965)... The 1982 version dispenses with the three possible curves evident in Lamb (1965, 1977) and instead uses a version which accounts for the ‘probable under-reporting of mild winters in Medieval times’ and increased summer temperatures to meet ‘certain botanical considerations’. Lamb (1965) discusses the latter point at length and raised summer temperatures in his Mediaeval reconstructions to take account of the documentary evidence of vineyards in southern and eastern England. The amount of extra warmth added during 1100–1350 was 0.3–0.4°C, or about 30% of the range in the black curve in Figure 7. At no place in any of the Lamb publications is there any discussion of an explicit calibration against instrumental data, just Lamb’s qualitative judgement and interpretation of what he refers to as the ‘evidence’. Variants of the curves also appear in other Lamb publications (see, eg, Lamb, 1969).

So the point - in case you missed it - is that Lamb happily and with no real explanation other than personal taste adjusted his data. And - but you knew this already of course - not one of the "skeptics" either knows or cares.

Surprised* the 'dodgy adjustments' narrative has survived so well given the net effect of adjustments is to lower the amount of warming.

The response is often "these are the adjustments and here are the reasons for them". Wonder whether leaving all that out and just saying temperature change is adjusted downwards would be better at convincing 'skeptics'/undecided.
*only a little

Not entirely sure you're comparing apples to apples here, but in any case...

Hi Matt, I believe that the new-ish complaint from the skeptical side of the aisle is that yes indeed, adjustments lower overall warming by a fraction, but disproportionate cooling from earlier years makes the overall warming look extremer than in fact it has been. I know that constitutes a fair bit of Ms. Marohasy's claim.

"My late father was eight years old and living not far from Rutherglen on 13 January 1939. He remembered the hot wind blowing from the north-west on that day. I grew up with his memories of that time. My father described hot and hungry years – just as John Steinbeck described farm life in the mid-west of the US in the 1930s in his famous ‘Grapes of Wrath’. There was hardship, and there were dust storms in the US and also in south-eastern Australia.

Indeed, in rural Victoria, the summer of 1938-1939 was on average at least two degrees hotter than anything measured with equivalent equipment since.

Yet Minister Price denies this history – my late father’s history."

Kind of like saying what were you great-grandparents doing when you read that Lincoln died.

I don't think the denialists care a great deal about whether the adjustments really warm or cool. They'll talk about them increasing the trend overall, but if proved wrong on that, don't really care and will happily switch to "oh but you admit there are adjustments and that's just not the right thing to do" and so on. For casual conversation it's a fine strategy.

I don't think the denialists care a great deal about whether the adjustments really warm or cool.

When directly asked, most skeptics I know acknowledge this. I even think most would accept that more information would become available about older records than newer...

I think they just don't like the shape of the curve, which is I guess understandable.

Indeed. And what I was trying to say to that, in my best effort at reconstructing their "thinking" or strategy, is that always claiming adjustments cause warming is a win-win. Some people will just believe it: you win those people. Others won't, but can then be drawn into "but, adjustments" and they can win those people too. The sane people who know adjustments are needed are not part of their target demographic.

> understand this part of the skeptical argument

I think that's because you're not distinguishing skeptical and "skeptical". The former being genuine (as-in, what every decent scientist is anyway) skepticism, whereas the latter is non-genuine and shades into denialism. As your "When directly asked, most skeptics I know acknowledge this" suggests, I think "skeptics" who haven't gone over wholeheartedly into the denialst phase are capable of being pulled back, when asked in a way that allows them to evaluate what they're saying clearly. But most of them aren't really thinking clearly, and so will drift off into the wings, when in "congenial" company.

My theory for both skeptics and climate activists is that they (my detractors would change that to 'we') drift into and out of rational positions in sort of a Brownian movement, often dictated by the outrage of the day.

Back on the direct topic, am I wrong in thinking the Lamb curve also splices proxy/documentary data with instrumental?

Also, kind of crazy to see Lamb still cited as support for a substantial global MWP when it shows a hump which is off by about 200 years from recent hemispheric/extratropical reconstructions which "skeptics" also accept. But what does 200 years matter I guess...

Lamb mixes, yes, though I think it was all largely hand-drawn rather than computed. And I think the adjustments were more "well, it feels to me like this is a bit much, so I'll tone it down by a few tenths". Which is to say, exactly the kind of thing the denialists would whine loudly about if it were done nowadays.