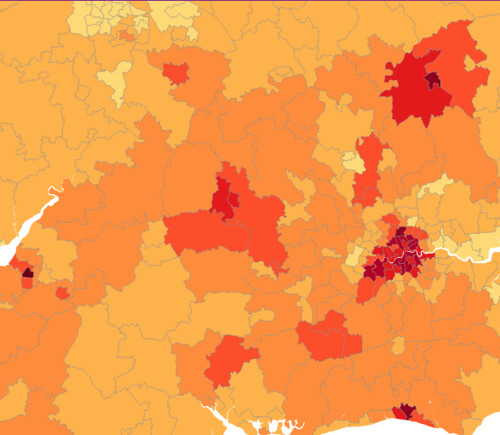 The largest five stock market listed oil and gas companies spend nearly $200m (£153m) a year lobbying to delay, control or block policies to tackle climate change, according to a new report, the Graun breathlessly tells us. Can it be true? Exxon is pegged at $40+M, and yet Exxon total lobbying spend per year is around $11M, according to OpenSecrets. How do we reconcile these numbers?

I think that The five publicly listed oil majors – ExxonMobil, Shell, Chevron, BP and Total – now spend about $195m a year on branding campaigns suggesting they support action against climate change doesn't help. That's not the same spending as above. However, any just accounting would have to count it towards the "good" side, since it's essentially a positive message re GW. Naturally, the report doesn't count it as such.

To find out more we're going to have to download the bloody report, which creepily requires you to register, these people are friends of the surveillance state. And then, worse, we're going to have to read it. And you know what? It's some kind of shit-for-brains cut-n-paste protected thing too, the scum. Well, don't expect too many quotes then. 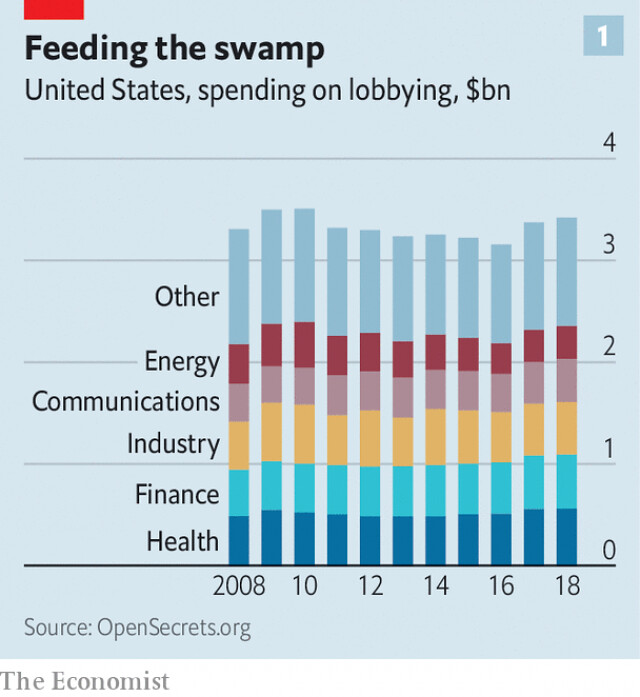 Page 10 tells us Exxon's climate lobbying is ~$41M per year, again making no effort to reconcile that to the total $11M figure. But they may be counting social media and advertising as "lobbying". Lots of the report is the traditional I-don't-like-oil-companies stuff; by which I mean the authors struggle - or rather, don't struggle - to stay on topic, and wander off.

So by the time we get to the end of the conclusions, no details of the composition of the numbers have emerged. We need to go into the depths of the Appendix, it seems. But no, that doesn't help either. The appendix has no real data, just a methodology. So it's impossible to tell quite where they've gone wrong, or what they've made up.


* Banks Funneled $1.9 Trillion Into Fossil Fuels Since Paris Agreement - endorsed by the sainted Greta no less.
* Paasche Says Progress by Bryan Caplan
* There are some more numbers at https://climateinvestigations.org/trade-association-pr-spending/

As I understand it, the Open Secrets lobbying information solely relates to specific types of lobbying that requires disclosure: direct lobbying to Federal Agencies and politicians. Spending millions on campaigns to stop proposals for a carbon tax, as several oil&gas companies did in Washington State, would not qualify, and are thus not included. This explains why BP supposedly only spent 5 million on lobbying in 2018, according to Open Secrets, but is known to have given 13 million dollar to the "no" campaign on a carbon tax in Washington State in the same year. It isn't "lobbying" in the same way and thus does not need federal disclosure.

Yes, I realise that. But what I found totally lacking in the report was any way to check their numbers. There's no line-by-line accounting that adds up to their final result. I'm pretty sure they've mis-classified a whole pile of stuff, but it's impossible to check. But the Graun mindlessly repeats it, because it's what they want to hear.

It be entirely irrational for "top oil firms" not to be spending a fortune on lobbying and propaganda.

A plenum of lobby laundering institutions, cut-outs and quangos spans the political spectrum, from Blue Coal to Dark Green and Infra-Red,

Lord knows what Donor's Trust and APi get up to, but they work both sides of K Street and are not strangers in the halls of GWPF or Saatch & Saatchi - climateballs all around.

OTOH they don't get much value for their money.

Oh how Special, Russell. Concern trolling with the best of them.

Or one of the many other chemistries without cobalt.

Yes, some cobalt is a problem due to informal mining operations. The way that all mining used to be. Guys with picks and shovels and sacks. No worries about heavy metals, cave-ins or black lungs.

Or build new mines, with good safety equipment, big machines, and hire a few of the old miners and pay them great wages. The rest can go starve, of course.

Good morning. And just what is the UK going to do now?

In a radical departure from past behaviour, Theresa May is experimenting with doing something sensible. She's going to ask for a short extension and try to use that time to agree a compromise solution with Jeremy Corbyn, leader of the opposition. Of course, he might see that as a sneaky attempt by the Tories to get him to take some of the blame for the mess we are in.