Can Law Save Us From Climate Change? 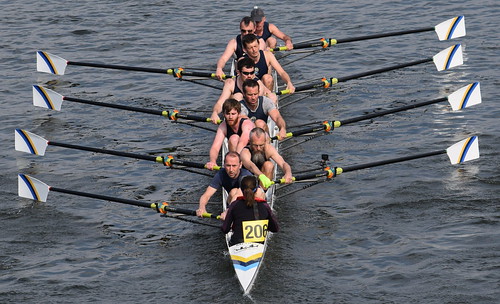 No. Because it isn't against the law. However calltothebar.org would have it otherwise, writing:


On April 18, 2019, a group of leading lawyers and law professors will convene in person at locations across the United States to discuss the problem of climate change and the role of lawyers in advancing solutions. The locations will all be linked by live video/audio feeds. This is the third year in a row for this national conference on this important subject. This year’s conference will feature leading experts addressing the most important aspects of the climate crisis from a legal perspective. The conference will also address ways in which lawyers can work to make a difference on this subject of grave concern to our well-being and future.

Much of their petition is sane: recognition of GW-as-science1 and calling for carbon pricing. Their arguments for why lawyers-in-particular should be involved are weak, but never mind, they're a bunch of lawyers and can be expected to think that they're important. The bit that I'm less happy with is


Protecting society from harm is the most fundamental purpose of law and government. Faced with clear evidence of impending harm, we as citizens and lawyers have a duty to speak out on the need for effective government action to protect humans now alive and those to be born. We have no right to knowingly continue to inflict severe damage to the planetary ecosystem that sustains all life. To the contrary, we have a duty to protect it.

Why would anyone object to that motherhood-and-apple-pie type stuff? Because as usual, as ever, as always when people talk about this stuff there's the dangerous sliding of words. GW does indeed risk harm to society. But then again, burning fossil fuels provides good to society. That's why people do it, after all. How do you balance the harm and the good? Ah, now we're back to the real problem.

And the problem of balancing harm and good isn't obviously one that is well suited to the all-or-nothing of a courtroom. Lawyers can be rather one-sided. To quote a well-known Alsup:


The benefits of fossil fuels are worldwide. The problem deserves a solution on a more vast scale than can be supplied by a district judge or jury in a public nuisance case. While it remains true that our federal courts have authority to fashion common law remedies for claims based on global warming, courts must also respect and defer to the other co-equal branches of government when the problem at hand clearly deserves a solution best addressed by those branches. The Court will stay its hand in favor of solutions by the legislative and executive branches.


1. And they get credit for using videoconferencing, too.


* Economics, Law and Ethics
* Skolstrejk för klimatet
* The Climate Wars Can Get Rough At Times
* Global warming and common law

* And stuff like The destruction of the Earth is a crime. It should be prosecuted by George Monbiot doesn't work
Posted by William M. Connolley at 8:47 pm

Well you've nailed that one. I'm certainly not going to argue.

"Economists have workable policy ideas for addressing climate change. But what if they’re politically impossible?"

> I'm certainly not going to argue.

Unfortunately, just yet-another-article. "why climate activists have recently begun to change their political strategy. The cherished idea of economists, carbon pricing, is losing favor" is nonsense for example: carbon pricing is not something much pushed by activists; see, e.g. , Skolstrejk för klimatet. Or, yourself.

And the idea that the financial crisis makes a (real) difference is nonsense; the author of the article is economically illiterate. As the article itself acknowledges, pricing is most efficient, so how can doing something else to achieve the same reductions cost less?


Pricing may not be politically possible.


Pricing carbon is not politically possible.

Do fill in the blank.

I've supported and voted for two less than perfect carbon taxes. They both failed, and perhaps there are reasons why other than the specific flaws.


There have been things that are possible, and have worked, and we know that because they have been done.

Subsidies for solar has dropped the price of solar down to where solar PV is competitive and sometimes even cheaper than fossil power. Carbon taxes wouldn't have done that. Growth rate is high, eventually it will matter. As solar PV is roughly 1% of global energy, $100 dollars in taxes has the same impact as $1 in subsidies. Why not continue to do the things that are working? Why not pick the smaller government?