Melting permafrost in Arctic will have $70tn climate impact? 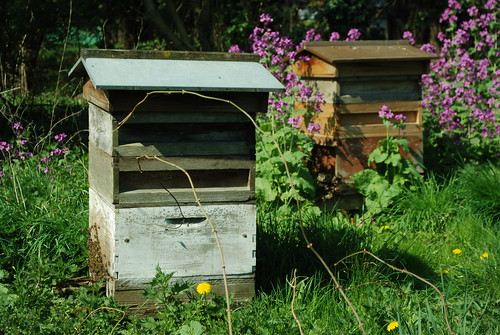 Or so claims the Graun. Being totally shit journos they don't even include a link to the paper that is their source, but the answer is Climate policy implications of nonlinear decline of Arctic land permafrost and other cryosphere elements by Dmitry Yumashev et al., Nature Communications volume 10, Article number: 1900 (2019). They also don't link to the press release, where we discover that Carbon released into the atmosphere by the increasing loss of Arctic permafrost, combined with higher solar absorption by the Earth’s surface due to the melting of sea ice and land snow, will accelerate climate change – and have a multi-trillion dollar impact on the world economy. A new paper in Nature Communications reveals a combination of these factors has the potential to increase the long-term economic impact of climate change by just under $70 trillion, under mitigation levels consistent with current national pledges to cut carbon emissions (5% of the estimated total cost of climate change for this scenario). Nothing here is terribly surprising, except the $70T. In particular, the roundabout +5% makes it a fairly small effect well within the error margins of other parts: CO2 emissions, ECS, discount rate assumed, whatever.

But $70T is a surprisingly large number to me, in view of stuff like 500,000,000,000 is a small number. This turns out to be The NPV of the total economic effect of climate change, denoted as C_NPV, consists of mitigation costs, adaptation costs and climate-related economic impacts aggregated until 2300 and discounted using equity weighting and a pure time preference rate. So, OK, it's total not annual, OK, that probably makes sense. But then it becomes unexciting.


* Climate change could kill over 500,000 people per year by 2030?
* GDP impartially consider'd
* 4th National Climate Assessment report: Labour
* You Have No Right to Your Culture by Bryan Caplan
* Inequality is decreasing between countries—but climate change is slowing progress - NatGeo
* Dalmia's Almost Great Idea on Sanctuary Cities by David Henderson
* Live and Let Live by Pierre Lemieux (Hayek: The possibility of men living together in peace and to their mutual advantage without having to agree on concrete common aims, and bound only by abstract rules of conduct, was perhaps the greatest discovery mankind ever made; PL: The more politics expands beyond this basic level, the less agreement there can be and the more confrontation there must be. In other words, the more politics there is, the less manageable it become)
* Rejoinder to Moller on Immigration by Bryan Caplan
Posted by William M. Connolley at 12:55 pm

This kind of sentence always raises a small red flag with me.

1) equity weighting is great in theory, but in practice I've peer reviewed papers that in using equity weighting have created an implicit valuation that it is worse for pollution to kill a poor person than a rich person... this follows from 2 assumptions: A: that the value of a life is constant, and B: that an additional dollar is worth more to a poor person than a rich person. I'm kind of okay with both individually, but combined they lead to this conclusion that isn't really consistent with standard economic logic.

2) I'm not sure exactly what the paper did, but if they are solely relying on pure rate of time preference that isn't a reasonable approach. I like the Ramsey formulation, wherein discounting is related to the rate of economic growth (which goes well with the assumption that an extra dollar is worth less to a rich person).

In any case, both assumptions could lead to a large inflation of damages relative to a more standard approach - but it depends on the details of the methodology,

One more note: According to permafrost people, the correct term is "thawing" permafrost. After all, you don't "melt" a chicken when you take it out of the freezer, right?

I'm not sure the cost of climate change in $ is even relevant once you have submerged all the world's river deltas.

Meanwhile, at Will Upload Whatever Trash, they have reached new levels of ignoring reality - they've posted https://wattsupwiththat.com/2019/04/23/the-big-arctic-sea-ice-shift-of-2007-ice-refuses-to-melt/, trying to claim that Arctic sea ice is recovering based on cherry-picking some trends, while in the real world, https://nsidc.org/arcticseaicenews/charctic-interactive-sea-ice-graph/ shows that current sea ice extent has been record low all month long, and is a full six days ahead of the 2nd lowest sea ice extent... I wasn't surprised when the same guest poster looked at a single day's data back in February to claim that ice was regrowing (ignoring trends on all other dates), and that they didn't come back to issue a retraction when the ice dropped to a record low, but for them to make a new recovery post - that's chutzpah!

Whatever he cost of climate change in $ may be, if you divide seventy trillion dollars into a mean population of nine billion people spread over 300 years, you end up with permafrost melting costing seven cents a day per capita.

Call it the Law of the Absurdity of Large Numbers


Seven cents a day would be a larger number for someone at the global poverty income of $1.90 or less than it might be for you.
And seventy trillion dollars is just the Arctic.

When Bangladesh is 80% underwater, where will the people go?

Does Phil actually expect people to be poorer 300 years from now ?


Past performance is a guarantee of future results?

I have no idea if people will be richer or poorer in 300 years. It depends on things that have not happened yet.

Ice sheets must be much smaller than generally thought.
Who would have thunk.

>>>The NPV of the total economic effect of climate change, denoted as C_NPV, consists of mitigation costs, adaptation costs and climate-related economic impacts aggregated until 2300 and discounted using equity weighting and a pure time preference rate.

>if you divide seventy trillion dollars into a mean population of nine billion people spread over 300 years, you end up with permafrost melting costing seven cents a day per capita.

NPV is a form of total I suppose.

But it is incorrectly too low to divide by 300 years unless the interest rate arrived at is negligible.

Maybe Science will save us.

Courage Hank- look how the Cold War turned out

"look how the Cold War turned out"

It went quiet for a bit and then the Russians changed theatres to cyberspace.

Andy, 29 years is quite a bit of quiet.
Hank, the group in question has had its support renewed through 2020

TCW, you can remove at least 5 years from that (Ukraine), although others would put it at the Munich Speech (in 2007, another 7 years earlier) and the way Russia handled Georgia in 2008.

I hate to write anything that might excuse Putin, but I think the seminal moment was Dubya's invasion of Iraq. That gave the Russians good reason to return to the old paranoia, weakened American leadership of the West, and committed the US to war on two fronts at the same time so they had their hands full.

We CLOSED JOINT-STOCK COMPANY AGS OIL is one of the leading Oil & Gas trading companies in Russia Federation with good business reputation and well experienced in the Petroleum and mining sector. We offer the following trades through our reliable Refineries: D2 DIESEL OIL GOST 305-82, JP54 AVIATION KEROSENE COLONIAL GRADE, UREA 46%/PRILLS, LNG, LPG, REBCO, MAZUT100 GOST 10585-75/99, AUTOMOTIVE GAS OIL(AGO). We as well secure allocations from our various Refineries for our numerous buyers who are interested in Spot transactions on FOB/CIF deliveries to any world safe port (AWSP). Our Refineries have their products both at Russian ports and Rotterdam port. we also have a reliable SHIPPING COMPANY if you are in need of find the contact bellow.
Email: baevsergeyalexandrovich@bk.ru
BAEV SERGEY ALEXANDROVICH.