Via Twatter (thanks VV) I find A Review of The Stern Review on the Economics of Climate Change by Martin "Ex" Weitzman, from 20073. For those who've forgotten the Stern review was once dead2 famous; I've been rather negative about it in various places, e.g. Running the rule over Stern’s numbers, Nordhaus on Stern, Stern takes bleaker view on warming? and so on.

The main problem with Stern was the use of a very low discount rate. which drives all or most of the conclusions, and Stern's failure to discuss this rather important point. MW leads off on this1: The first strand is a formal aggregative model that relies for its conclusions primarily upon imposing a very low discount rate. Concerning this discount-rate aspect, I am skeptical of the Review’s formal analysis, but this essay points out that we are actually a lot less sure about what interest rate should be used for discounting climate change than is commonly acknowledged. So, fair enough: low, but there is indeed doubt about what should be used. Later on, after some analysis, there's I ultimately find such an extreme stance on the primacy of  δ ≈ 0, η ≈ 1 unconvincing when super-strong policy advice is so dependent upon nonconventional assumptions that go so strongly against mainstream economics.

Stern "used" the PAGE IAM, but in a slightly odd way. I'm sure I recall noticing this at the time, but can't find any of my quibbles written down. MW says


An IAM is essentially a model of economic growth with a controllable externality of endogenous greenhouse warming. The Review uses an IAM called PAGE, on which some numbers have been crunched and some conclusions have been based, but the exact connection between PAGE and  Stern’s conclusions is elusive, frustrating, and ultimately unsatisfactory for a professional economist who honestly wants to understand where the strong policy recommendations are coming from. The analytical core of the Review is chapter 6 (“Economic Modelling of Climate-Change Impacts”), which is loosely tied to PAGE. However, the rest of the book contains lots of stories and examples suggesting that difficult-to-quantify uncertainty  about really bad climate extremes may actually be an important informal part of Stern’s overall case. Economists are justifiably suspicious when someone refuses to aggregate various probability-weighted scenarios into an overall cost–benefit assessment, which at least can serve as a conversation starter. (How else are we to evaluate overall policy advice, such as what Stern recommends to us, except in the context of some overall model where assumptions and specifications are spelled out clearly?) As economic analysis, the Stern Review dwells in a nonscientific state of limbo where it uses an IAM but simultaneously refuses to commit to it or to any other consistent overarching framework within which its radical recommendations might be deconstructed and judged by others. Instead, the Review dances around the significance of the aggregative analysis of chapter 6 by arguing that conclusions from IAMs are suggestively useful but not crucial to the basic story line that anything above ultimate stabilization at ≈ 550 ppm of CO2e and Δ≈ 3˚C is self evidently just too risky for the planet to bear.

This is all rather devastating - and makes me wonder if those who've recommended this paper to me have actually read it, because I know they "like" Stern - but I'll stop quoting wodges of MW and move on to the second part, Fat Tails, wherein MW will try to clothe some parts of Stern’s intuitions about climate-change uncertainty in formal garb. In fact, this will turn out to be discount rates, too. And perhaps those who like it have read The moral of this story is that the Stern value may end up being more right than wrong when full accounting is made for the uncertainty of the discount rate itself, which arguably is the most important uncertainty of all in the economics of climate change and it's looking bad for the good guys? Probably not, because that's just "averaging" his and Stern's rates (they don't average, of course).

Ah, unfortunately, it all gets rather complex, with betas and risk free versus economy-wide interest rates coming in. I didn't follow all that, I'm afraid (probably, James' discussion of Weitzman's Dismal Theorem is relevant4). After that there were quite a lot of words, and it begins to become rather his (well-reasoned, worth reading) opinions. But I'd had a couple of glasses of red by then. Essentially the answer turns out to be that we don't really know "the" discount rate (as he acknowledges, it is treated in this and similar analyses as one rate, but of course in the real world there are many).

Part of trying to get the "correct" value is to match theory to existing observations: of assert return rates, of equity premiums. As he says, neither his values or Stern's fit everything. I rather like his: One interpretation of the asset return puzzles, which could also have some relevance for the economics of climate change, is the idea that investors are disproportionately afraid of rare disasters.. With this interpretation of the puzzles, people are willing to pay high premiums for relatively safe stores of value that might represent “catastrophe insurance” against out-of-sample or newly evolved rare disasters.

I'll pluck out another bit: To its great credit, the Review supports very strongly the politically unpalatable idea... substantial carbon taxes must be levied because energy users need desperately to start confronting the expensive reality that burning carbon has a significant externality cost that ought to be taken into account by being charged full freight for doing it. (This is the most central “inconvenient truth” of all, which was conveniently ignored in Al Gore’s award-winning film.).

Meanwhile, how does this work politically or as persuasion-to-the-public? The answer of course is that it doesn't: not only is it far too complex to be distilled into something that people can meaningfully think about, the answer if you push it hard enough is either "we don't know" or "catastrophe insurance". 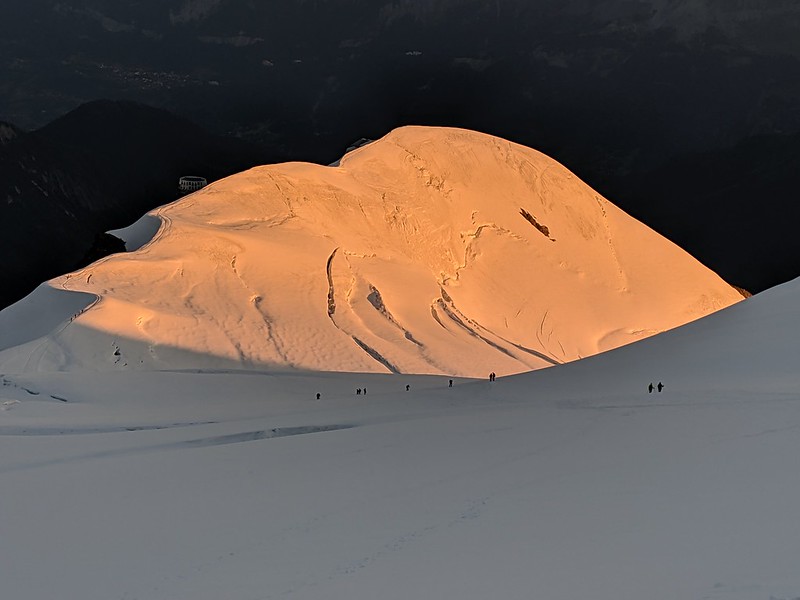 
1.  MW also notes the Stern Review consistently leans toward (and consistently phrases issues in terms of) assumptions and formulations that emphasize optimistically low expected costs of mitigation and pessimistically high expected damages from greenhouse warming—relative to most other studies of the economics of climate change but as he points out, compared to the discount rate that's relatively minor.

3. Belatedly, I realise I was supposed to be looking at Tim Harford's words on MW's paper, not MW's paper itself. That would certainly be easier; you can skim TH's stuff in a minute. I find it hard to believe it was life-changing though; I think this stuff was familiar enough then, to anyone paying attention.

"This is all rather devastating - and makes me wonder if those who've recommended this paper to me have actually read it, because I know they "like" Stern"

In case you mean me, I just thought you would find the post interesting. Not everything I do is aimed at making you more like me. Given that you are no longer a teenager, but apparently still libertarian that would be a great waste of my precious time on Earth.

My interpretation of Tim Harford's post was that Stern was wrong because he had only considered the mean and not the variability around the mean, while the upper tail gives the largest part of the risk. That is a message I like to spread in this word obsessed with the Holy Average and stupid enough to think that the uncertainty monster is our friend.

Interesting is fair enough. Stern is wrong for more than one reason; TH is focussing on the var, because that's the mathematically interesting aspect I guess; but MW devotes a lot of space to the error in the mean.