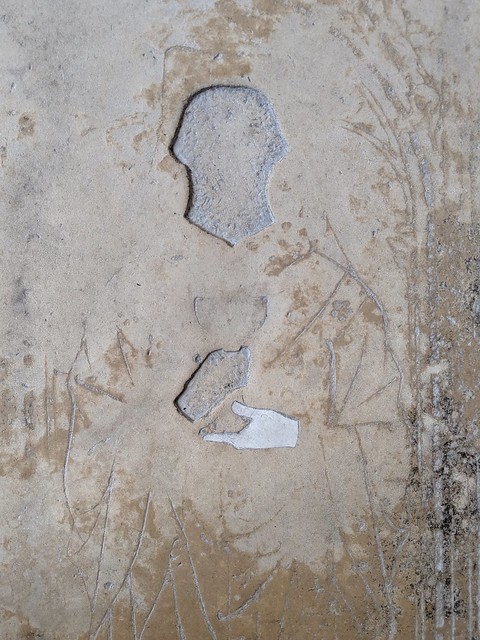 Once again the question of the "standard" IAM results showing let us say entirely containable GDP damage estimates for GW up to let us say 21001 comes up. For example,


If the economic impact of climate change (by ~2100) has a good chance of being ~10% of GDP with economic growth continuing at 2-3% per year, then why is there so much worry about climate change? Is it 1. We shouldn't be concerned, because this really does properly reflect the overall impact? 2. This properly reflects the economic impact, but misses other substantive impacts that can't be quantified. 3. Simply doesn't make sense if we're heading for > 4C. 4. Something else?

First, is the premise of the question true: does the econ impact have a "good" (whatever that means) chance of being ~10% (and note that means a 10% decrease for GW-related reasons over an otherwise large increase, by a factor of perhaps 5)? I don't know. Expressed in hand-waving terms as my personal uncertainty, which I think reflects the state of expert knowledge to some degree, then I don't think I'd be confident of excluding damage less than 10%, but I wouldn't be confident of excluding "catastrophic" damage either.

But really, I didn't want to talk about that, I wanted to talk about IAMs damage functions2, in particular DICE's, since DICE is pretty well known. When faced with a damage function that doesn't predict enough damage, people tend to say things like "because it's pants-off ludicrous to estimate the economic & societal impacts of global temperature change using present-day GDP differences as a function of regional temperature"3. This is, of course, not a coherent argument. But AA interjected with Playing DICE with Life on Earth: Nordhaus’s Damage Function; by Prof Steve Keen, which is a coherent argument; whether it is right or convincing or not I shall now proceed to consider.

It doesn't start well, going on about "completely failed to anticipate the 2008 Global Financial Crisis", which makes as much sense as complaining that GCMs fail to predict individual ENSOs. But I think the author merely wants a dig against "neoclassical" economics to demonstrate his credentials. Onwards, to the damage function; he quotes Nordhaus: "Including all factors, the final estimate is that the damages are 2.1% of global income at a 3 °C warming, and 8.5% of income at a 6 °C warming" and notes - as my lead-in quote from ATTP also noted - that if that's true, then what are we worried about?

SK's first go is: Except those in New York... and numerous other coastal cities... 6 degrees is well above the threshold at which all of Greenland and the Antarctic will melt completely... That will take much more than a century of course, but a planetary temperature rise of 6 degrees will doom any city less than 70 metres above sea level. They will all have to be relocated and rebuilt. Which may well be true, but is a fail, because it goes beyond 2100. Next? a 6 degree increase in temperature will make many [near-equator cities] unliveable. The obvious suspects—the Middle East and Northern Africa—would see average summer temperatures of over 40 degrees in their major cities, and much of their countryside. Moving them, or emigrating from them, would be essential for survival. But is this true? Not obviously; you could air condition them. Using power from the giant solar arrays built in the desert. Or something. And I'm not sure that moving a whole pile of such cities would even be 10% of global GDP. SK decides on this basis that DICE-type damage numbers fail "the smell test" but a sense of smell is a very personal thing. Then we have the obligatory mention of tipping points, or tipping elements for the cognoscenti, but as so often the discussion doesn't really go anywhere, because other than "we can't rule out the existence of tipping points" there isn't very much to say.

So overall, as an attempt to dent DICE, it's not very convincing sez oi. Call for... Marty-Man!


Another attempted answer was the sainted but dismal Weitzman. There were two offerings: ON MODELING AND INTERPRETING THE ECONOMICS OF CATASTROPHIC CLIMATE CHANGE - perhaps a bit shouty - and Reactions to the Nordhaus Critique.

In the second, W tries to make a heuristic-empirical case for there being big structural uncertainties in the economics of extreme climate change. I have no objections to that, indeed I'd be inclined to agree, but of course uncertainty isn't a definite answer. With mt and many others I would argue that uncertainty isn't your friend, but in terms of ATTP's lead-in, it also isn't a good answer in general discourse. What I'm really looking for are strong arguments that the existing damage function is wrong: not lots of examples of other functions you could fit, or reasons why the fit is uncertain. W is an economist not a climatologist, so some of his stuff around here is distinctly dodgy, including his assertion that carbon-cycle feedbacks are largely ignored in the std analysis. W's conclusion is that the economics of climate change consists of a very long chain of tenuous inferences fraught with big uncertainties in every link, which may well be true but doesn't actually offer any positive support for non-standard assumptions.

In the first (I skimmed it) it looks like he's doing "fat tails" again, which gets very much the same response. See-also God's Own view of dismality.

Update: there's Climate Impacts on Economic Growth as Drivers of Uncertainty in the Social Cost of Carbon by Elisabeth J. Moyer et al., 2013. And there's The Economic Impacts of Climate Change by Richard Tol. Moyer wants more damage from damages affecting growth; Tol acknowledges this could be an affect but finds no evidence in favour. I do not arbitrate between them.

2. And not about the other biggie, discount rates.

3. Note: Twatter's threading is utterly shite, or I'm just bad at using it, so if I've got any of these call-and-responses out of order, I blame Twatter, and anyone dumb enough to attempt to have a coherent argument there.

One core assumption baked in (and not only to DICE) is expectations of continued (almost continuous) growth of GDP. MT and others argue that growwwwwth (don't really know how many 'w's to include but perhaps wwwwwwwwmc can opine on that) is not good and appear to advocate its cessation. Or perhaps just moderation.

But if growwwwwwwth ends, emissions reduce proportionately. MT and others do not appear to advocate ending growth as a means of combating climate change, at least not explicitly, taking a more social justice approach, which seems odd given the pernicious effects on underdeveloped populations.

I do wish that all of these 'calculations' included a range. Giving 10% loss of GDP for 6C seems high, but perhaps that's because I haven't looked at RCP 6.0 as closely as RCP 8.5.

But I think it's incumbent on prognosticators to give estimates for each RCP and perhaps temperature nets that aren't blessed with their very own RCP.

Perhaps Tom might want to take up brewing beer.

Consider the universe from the point of view of yeast. Here they are in a vat of malt sugars and such, doubling the population every couple of hours or so. Oh, a few of the yeast cells might be worrying that this growth can't go on forever, using all the sugars and the buildup of alcohol... but it does... until it doesn't. The yeast lose. Then you have beer.

There are many different kinds of yeasts. The result from the point of view of the yeast is exactly the same. The beer will taste different, however.

The reason for the endpoint can be different as well. For beer, the sugars run out first. If the concentration of sugars is high enough, the yeast die from alcohol poisoning and we don't get beer, we get a sweet barley wine.

Human's situation is somewhat different than the yeasts. The analogy breaks down if we switch to non-fossil power.

Phil, I agree with you completely. Humans are somewhat different than yeasts. I'm more of a soda pop person than beer, but I'd be happy to stand you one if ever we're at the same locale.

When I look at the writings of the 60s and 70s about doom and gloom it seems somewhat amazing as well as amusing. Club of Rome, Paul Ehrlich, et al. When I look at the same types of writing today, it's depressing--not the doom, just the repetition.

The yeast version Club of Rome is early, for most generations of yeast.

The yeast that claim that they will never be beer are right, until they are wrong. Unless they end up as barley wine.