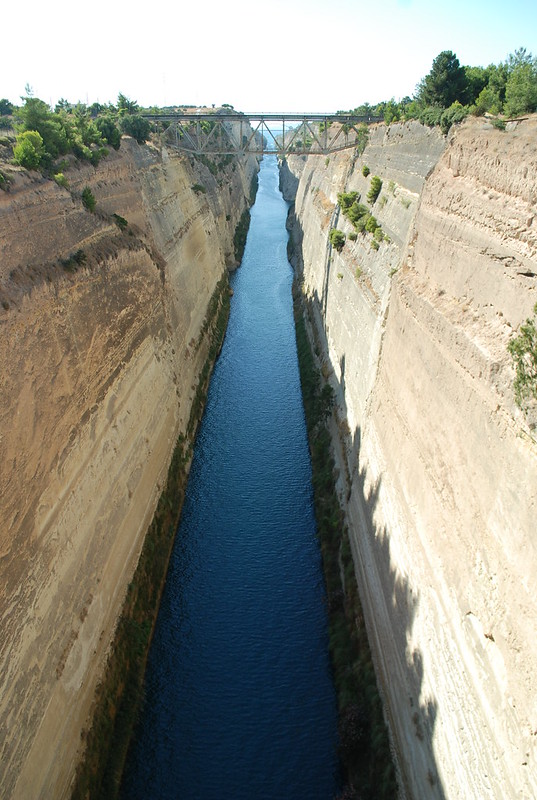 A bit more Thucydides. This time from the "Mytilenian Debate". A quick precis of the background for those who have forgotten: war between Athens and Sparta is in its third year; the Mytilenians want to go over to the Spartan side1 and the Spartans promised aid; alas the revolt goes poorly, the Spartans prove fairly crap at sea and Mytilene and Lesbos are retaken. The ringleaders are taken to Athens, and the assembly there - no longer lead by Pericles - in anger and fear condemns all the men of Mytilene to death; but sleeping on it they come to be uneasy, and re-debate. The result - not to spoil the suspense - is a close run thing but is narrowly in favour of not killing everyone. Anyway, that's not my point here; what's interesting here is that Thucydides gives us the "demagogic" (Cleon) and "rationalist" (Diodotus) sides as speeches. This is one of his Dramatic Techniques and makes the whole thing more readable; after a catalogue of near-chaotic events and places which constitutes what happens, it's good to get the politics presented.

Aanyway, my real point was that on this my second reading - my first, several years ago, was mainly to get the story - I'm struck by bits of Cleon's speech I didn't notice before; perhaps I skimmed:


The most alarming feature in the case is the constant change of measures with which we appear to be threatened, and our seeming ignorance of the fact that bad laws which are never changed are better for a city than good ones that have no authority; that unlearned loyalty is more serviceable than quick-witted insubordination; and that ordinary men usually manage public affairs better than their more gifted fellows. The latter are always wanting to appear wiser than the laws, and to overrule every proposition brought forward, thinking that they cannot show their wit in more important matters, and by such behaviour too often ruin their country; while those who mistrust their own cleverness are content to be less learned than the laws, and less able to pick holes in the speech of a good speaker; and being fair judges rather than rival athletes, generally conduct affairs successfully. These we ought to imitate, instead of being led on by cleverness and intellectual rivalry to advise your people against our real opinions.

How Brexit is that? Don't trust experts. If you don't understand things, don't worry, just let your common sense guide you. Don't change your mind. It continues with proving that the M's were particularly evil, deserved punishment, and failure to do so would inevitably cause everyone else to revolt too.


A well known passage, but worth quoting while I'm here.


Revolution thus ran its course from city to city, and the places which it arrived at last, from having heard what had been done before, carried to a still greater excess the refinement of their inventions, as manifested in the cunning of their enterprises and the atrocity of their reprisals. Words had to change their ordinary meaning and to take that which was now given them. Reckless audacity came to be considered the courage of a loyal ally; prudent hesitation, specious cowardice; moderation was held to be a cloak for unmanliness; ability to see all sides of a question, inaptness to act on any. Frantic violence became the attribute of manliness; cautious plotting, a justifiable means of self-defence.


1. Athens, though a democracy, wasn't terribly nice as an Empirical Power, the Delian League having decayed into hegemony.

2. If you're wondering about his wonderful memory capable of recording these speeches, be aware that as he puts it sometimes he made people say "what was called for in each situation". And from tis distance, who are we to doubt this?

3. Pic: the Corinth canal. Somewhat beyond the strength of the Antients. But they did have a cut / road for dragging ships across.

I trust you didn't miss
https://www.bbc.co.uk/iplayer/episode/m0009mvb/natural-world-20192020-weasels-feisty-and-fearless

Thanks for that, which I would otherwise have missed.