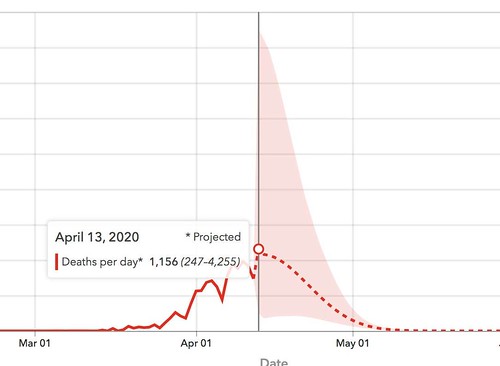 But then we get people like Nate Silver Twitting "There are some good critiques of the IHME model in here IMO" and... it's all to wishy-washy. Yes there is in that one good point: According to a critique by researchers at the London School of Hygiene & Tropical Medicine and Imperial College London, published this week in Annals of Internal Medicine, the IHME projections are based “on a statistical model with no epidemiologic basis.” (my bold). And yet despite all this no-one can actually be bothered to read their paper and say what's wrong with it.

1. [2021/12] I may have been wrong to think this a flaw; see for example James "the natural infection profile of an uncontrolled epidemic".
Posted by William M. Connolley at 4:42 pm