Clash of the titans: Mann vs Gates, with a side of Hossenfelder 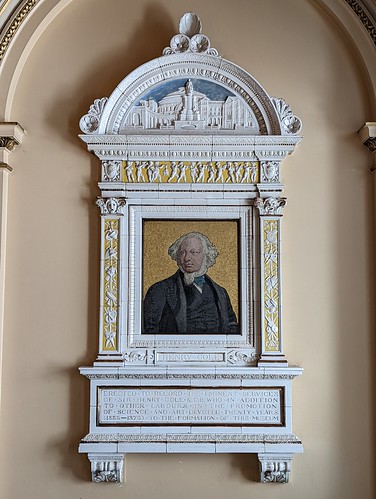 Mann is sad about Gates' disappointing and somewhat defensive answer to the question I posed to him via the Graun.; Hossenfelder says I'm with @BillGates on this one. Claiming that solving climate change is simple because we have the technology misses the point. This isn't a technological problem. It's a social, political, and economic problem.

Mann's "question" is one of those "it's not really a question it's more of a statement" kind of questions. He begins You’ve said you don’t know the solution for the politics of climate inaction and also that we need a “miracle” to address the climate crisis. But the obstacles aren’t physical or technological at this point (my bold).

To understand the question you need to know that Mann is referring to Gates in 2016 - which is odd in itself; a lot has happened in six years - and that the word "miracle" doesn't have its conventional meaning of something requiring divine intervention; indeed, it has pretty well the oppostive meaning: of something that is quite likely to happen (another example of a miracle according to Gates is the polio vaccine). Mann continues  "The only real obstacle is having the political will to invest adequately in those technologies and put in place market incentives that accelerate the needed clean energy transition".

Gates's answer It’s weird to have… I mean, how do you think we’re going to make steel? How do you think we’re going to make cement? Most of the emissions are from middle-income countries. And the ability of either asking them to bear the huge premium and cost of clean approaches, or asking rich countries to subsidise that, that collective action problem is not likely to be solved with current green premiums. So it’s almost like he doesn’t acknowledge all the different sources of emissions. That’s weird... I don’t understand why he’s acting like he’s anti-innovation also seems off point to me, although consistent with his previous opinion that we do need FutureTech. I think there are three position: A: we can and will solve GW with TodayTech; B: we could do that but actually we'll use FutureTech at least in part; and C: we need FutureTech. I think B is correct; Mann is too much on A, and Gates on C. And Hossenfelder has misread everyone (Mann isn't saying it is simple-cos-we-have-tech; and Gates isn't saying the problems are primarily political).

Which is uncannily a replay of Half of emissions cuts will come from future tech, says John Kerry. And Mann, there, was again saying "no, we'll use current tech". Mann's point, I think, is "lack of tech is not the problem, and waiting for FutureTech is a bad idea", which is true, but uninteresting at least to me, because everyone agrees... although Gates manages to give the impression that he doesn't: there isn't a huge premium to clean tech; solar is competitive in a great many places. Mann's assertion that the problem isn't "physical" is doubtful; part of the problem is indeed the vast amounts of existing physical infrastructure.

Gates, oddly, makes no reply on the "political will" part. Perhaps he just hates politics and doesn't want to talk about it - many tech folk do, for the obvious reasons - and is counting on tech to solve the problem. Which I think it will, if the pols don't fuck things up too badly.

Score: Mann loses points for a badly phrased question; and for failing to analyse Gates' reply, but Gates loses more for getting the wrong answer.

So, in the end, this is all heat-and-noise with no real progress in the discussion.

* Scifi and Fantasy reviews
* Timmy says No: We don’t want, desire or even care about how much any one company invests in itself. We do care that the system as a whole continues to invest. For investment in doin’ stuff is what makes that future richer.
* The Brewing of Soma.
* Quotation of the Day… from Ludwig von Mises’s The Anti-capitalistic Mentality.
* Was Einstein Reading "Worlds in Collision" When He Died? - hint: no. See https://en.wikipedia.org/w/index.php?title=Talk:Immanuel_Velikovsky&diff=1089910100&oldid=1089849142
* SDB and Me: An Autobiographical Exploration by Bryan Caplan
* How much innovation is necessary to see off fossil fuels? Mark Jacobson in The Economist.
Posted by William M. Connolley at 10:57 am

Did you ever get around to reading "How to Avoid a Climate Catastrophe"?

I didn't. If I run across one second hand I might; by I think my chances of learning much (from it) are slight.

Gates is wrong about some things and right about others.

The concept of "green premium" and examples of it are very worthwhile.

His policy suggestions are equivalent to a carbon tax, just not the flavor you prefer.

"So, in the end, this is all heat-and-noise with no real progress in the discussion." Pretty much describes the totality of the climate issue for the lasr two decadws.

Electric vehicles, LED bulbs, wind and solar have made substantial progress. Not enough to be sure, but starting to touch the total. LED bulbs replacing incandescent can and has happened fast. EVs will take decades to replace a majority of fossil fuel burning cars. Wind and solar can't replace all current sources of electric power, perhaps 80% with a realistic amount of battery storage. These are all negative to zero green premiums, in full production.

The fossil fuel uses with high green premiums will be the hard places to make progress.

Phil, I would argue that most of the progress with EVs and LEDS and perhaps even solar would have taken place without the vehement climate discussions. The monetary incentives would have been adequate.

I think there's no doubt that the "climate issue" has progressed. You can argue how much would have happened anyway (less, I think) and how efficiently it was done (not very, I think) but certainly stuff has happened. Even restricting ourselves to just "the discussion" there is progress; no-one serious argues that GW isn't real anymore. Alas the economic discussion still remains primitive and misleading; I see little progress there.

Maybe my memory is failing, but thinking back a decade (when you and I were hurling insults at each other... sigh...) but were serious people arguing that GW isn't real back then? I thought it was a given, with other side issues being the focus of all our argumentation. Maybe I missed it.