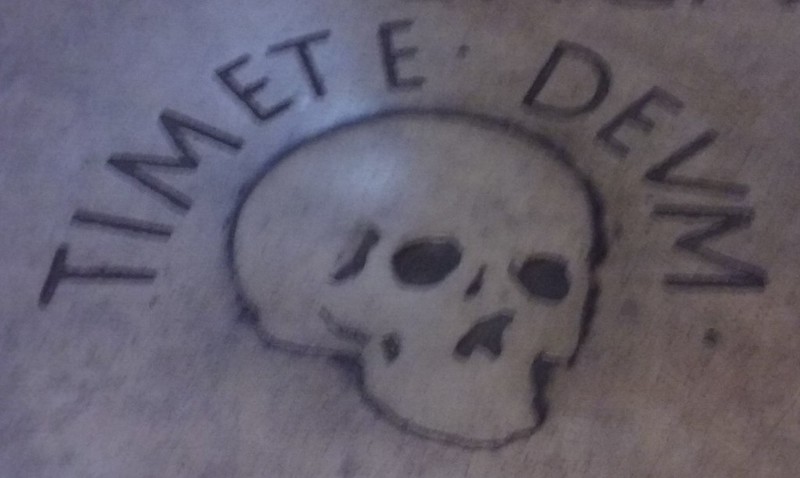 English Constitutional Conflicts of the Seventeenth Century is, as I think is well known, a book by J R Tanner that is largely a collection of lecture notes on the obvious subject. Although it might not be well known, it may just happen to be that I own it. My notes inside the front cover indicate that I got as far as page 9 some while back; but a recent holiday has given me the opportunity to read further, and so to recommend it to you. It forms a rather useful prelude to  Thomas Paine's The Rights of Man, which - I warn you - I shall trouble you with somewhat later. These are only some incomplete notes; they reflect my own interests more than the book.

Before I go on, recall: The past is a foreign country; they do things differently there.

The complex history of the 17th century stands in stark contrast to the simplicities of TRoM; and clearly influences the framers of the USAnian constitution, and aided them by many illustrative examples of how to do it wrong3. The most obvious of these is the need for separation of church and state; time and again people fall apart over the forms or substance of religion; the association between religions and various political factions; the degree of toleration to be afforded some but not all other religions. As the bible itself tells us, no man may serve two masters; as Hobbes pointed out this means there cannot be both an ultimate civil and religious authority; and yet the sectaries were so blinded by their religious enthusiasm they were unable to see they could not live on earth their way. Even the concept of general toleration or separation seems to have not been thought of; everyone, though keen for toleration of their own pet thought would not extend that to all others.

The other great point to come out of all this is money. Or, if you prefer, resources. Or, said another way, economics. Does that sound at all familiar? Problems come to a head when the sovereign runs out of money - often, ultimately, the money to pay the troops - and then the power of the people - or at least, of those who are being taxed - comes sharply into play. And this in a sense shows the truth of the idea that ultimate power comes from the consent of the governed4, in which case it is better to align the nominal structures with the underlying reality.

An aspect I'm interested in, that becomes clear in the course of the history but which isn't stressed, and which Hobbes ignores entirely, is something that perhaps doesn't have a name but could be called the weight of the fabric of society. If law is custom, and your authorities have been stable, then you have a reasonable idea of where you stand. But if your form of government is shifting, if the "foundation" is a constitution of no clear status which can apparently be re-written on desire and which has no clear interpreter1, then all except the most ardent will long for the Olde Wayes. For example, (p. 253) James II asserted that his dispensing power enabled him to override the Test Act and the judges agreed (Godden vs Hales), at a stroke removing all the protections that parliament thought it had put in place against a Catholic army and civil service.

"The power of kings had been a mysterious uncertainty" (p. 216) but by putting it to the test that uncertainty had been removed: kings could be beaten in battle by not-kings; Heaven would not intervene. To us this is obvious; to them it was, as far as I can understand it, uncertain. They preferred not to put it to the test until there was no alternative.

The book is a work of history, not political philosophy. It presents the often somewhat confused arguments people made at the time, applying where possible the precedents and law they knew, in response to the often confusing situations they found themselves in; rather than a principled statement of "rights" from which to attempt to derive a logical structure.

And lastly: if we ignore details - like the English Civil War and the Protectorate - then we could say that England had a relatively smooth transition from the monarchy of the Tudors to the modern parliamentary democracy with a nominal monarch; whereas the unfortunate Frogs went through the abrupt transition of the Terror and all that Napoleonic stuff, to end up at roughly the same place. Is either path better, or in the long run does it all just wash out?


To ruin the great work of Time,
And cast the kingdoms old
Into another mould.


1. The James Naylor incident apparently (p 190) brought home to Cromwell the need to have some body to interpret the Instrument of Government. Because of there is no interpreter, who can say if the Commons do something outside their powers, that they claim is within? Cromwell's answer2 was a second chamber, but as Hobbes pointed out, if someone else is in charge of interpreting the law,  then they're effectively in charge.

2. Well, his proposed ultimate constitutionally stable answer. His immeadiate answer was of course that he was in charge.

3. An expert is someone who has made every possible mistake in a given field.

4. He who pays the piper calls the tune, perhaps. Not all life can be reduced to proverbs, but much of it can be.
Posted by William M. Connolley at 4:40 pm

Since your commentary seems to be all about England, your England, will observe that the English Civil War was part of the context of the Wars of the Three Kingdoms, and of course little Jim was a Scot with an English great great great great Granny. Which no doubt adds complexifications.

Consider the constitutional influences of The True Law of Free Monarchies and Basilikon Doron by a Scottish king who subsequently migrated to a neighbouring state....

The question is, does he deal with: Religious Questions and Constitutional Questions in the Parliaments of James VI, or indeed his tutoring (and beating) by Buchanan?

Lots to it, one example: "The basis of Buchanan's position is as follows: Kings do not exercise authority by divine or other inherent right, but are created kings by election at the hands of their people, and on condition of maintaining the laws. .... Failure on the part of a subject to obey the laws deprives him of their protections; and failure on the part of the ruler to maintain and observe them places him, likewise, outside the protection of the laws. Should the king violate his coronation oath, he abrogates the contract between himself and his subjects ..."
On claims that monarchs were divinely appointed, Knox had anticipated Buchanan in arguing "it is blasphemy to say that tyrants are doing God's will."

Buchanan seems to have been popular with American revolutionaries, perhaps less so with current rulers....

I don't recall Basilikon Doron getting much mention; The True Law of Free Monarchies gets more. The diverging opinions on the divine right of kings gets discussed, of course. By J VI I presume you mean in his Scottish aspects; I think the answer is No. J I is relatively kindly handled, I would say.

> on condition of maintaining the laws

This is an interesting thing to say, and harks back to Hobbes-vs-Hayek, supporting the Hayek side: law is Custom, Kings maintain it, they don't create it. The idea of a "contract" between King and subject is a difficult one, as without some authority to maintain the contract, judge breaches, and punish them, it is hard to see quite what a "contract" might mean; I'm channelling Hobbes here, of course.

Indeed, Chapter 29, on things that tend to weaken commonwealths; but it is a relatively minor aside I think.

Be slightly careful; that appears to be with respect to Leviathan as a whole, which is hard not to condemn at that time.