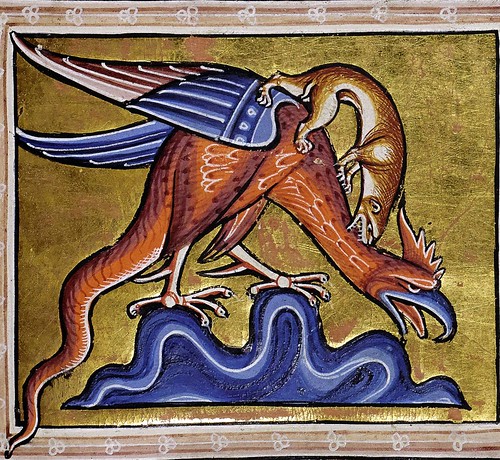 Life is dull after Lents. Ah well, I can but look forward to Mays and the future. In the meantime, I run across Climate Litigation Watch, not to be confused with Climate Liability News. You won't be astonished to discover they are opposing sides, though I think both pretend to be neutral.

Who are these people? Let's try to find out, and compare. For CLW, of course, we look at the "about" page, and discover Climate Litigation Watch is a project of the 501(c)3 legal non-profit, Government Accountability and Oversight, dedicated to providing a complete, accurate and objective record of litigation related to climate change. There's more text but no more information about the identity of the perpetrators. CLN themselves had a go, writing Christopher Horner, an attorney and senior fellow at Competitive Enterprise Institute, is a leading figure behind the nonprofit funding this site, Government Accountability & Oversight. (That group takes on the acronym GAO, potentially confusing people with the federal government’s nonpartisan Government Accountability Office.) Which is probably fair enough; there's no tracing other than their being part of the not-the-GAO. I notice, also that the only twits in their sidebar are by Chris Horner or themselves.

* Kert Davies—Executive Director of the Climate Investigations Center. Davies is a well-known researcher, media spokesperson and climate activist who has been conducting corporate accountability research and campaigns for more than 20 years.
* Alyssa Johl—An attorney, Johl is a veteran international environmental and human rights campaigner, and former Senior Attorney with the Climate and Energy Program at the Center for International Environmental Law.
* Richard Wiles—Director of the Center for Climate Integrity at the Institute for Governance and Sustainable Development. Prior to that, Wiles was Senior Vice President at Climate Central and co-founder and Executive Director of Environmental Working Group.

So I think that's a pass. Score one to the Good Guys1.


1. Although, as it happens, whilst I disagree with CLW on the reality of Global Warming - on that, they're a bunch of wackos - I happen to agree rather more with their stance on suing, as you already knew.

The alternatives to Democratic government.

Umm, I notice that you capitalise "Democratic", doubtless an unintentional error.

The Libertarians have a consistent position on "strongman" or "authoritarian" govt - they oppose it. Almost everyone else - including both Repubs and Dems in the USofA - don't have a consistent position. They merely disagree over what degree of power the govt should have. The GND for example so beloved of so many is authoritarian; or rather it would be, if it were to come to pass.

FWIW, I don't think that "Authoritarianism has reemerged as the greatest threat to the liberal democratic world" - the greatest threat to said world is itself; it's lack of belief in liberality; the so-common-that-most-people-hardly-notice-it insistence that "govt" solve everyone's problems. Vide the response to the shootings in NZ. And the article's belief that all the blame lies on the Right is just foolish.

Libertarian government wouldn't have fought Hitler. Or for that matter the Communists. That requires a government to have too much power.
The real world is far messier than the Libertarian Fantasy.

Churchill was right. And also Right.