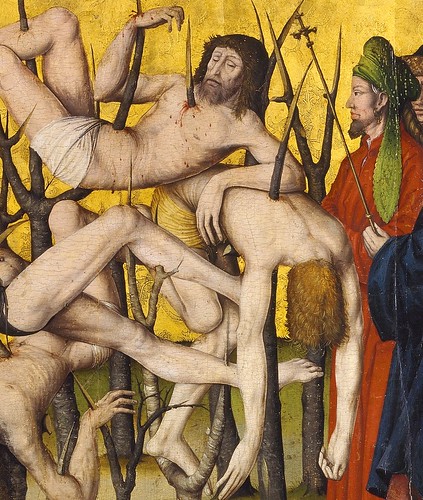 By Lee M. Miller and David W. Keith in Joule. In 2018, so I'm well behind the times; but so is RS. This is fundamentally the same idea as Zhou et al. in 20121: wind turbines mix the boundary layer and so tend to warm the surface when it is colder than aloft. The effects are significantly larger at night than daytime, as you'd expect (during the day gradients are small anyway due to solar mixing from the sfc; at night the sfc cools). There are two elements of confusion to address. The first is trivial: the turbines are not generating any significant amount of heat; they're just mixing it. This is obvious and I only mention this because people have otherwise got confused in the past. And secondly, that while you might want to therefore say "there is no contribution to rising global temperatures and their associated problems" (especially if you're the AEWA) that's not really true. Because as conventionally understood GW applies mostly to the sfc temperature, and wind farms do have the potential to change that.

This is but a humble regional model, and so can't give you global impacts. Possibly, warming locally might be mitigated by cooling elsewhere; but then again it might not be.


So does this have any bearing on the GW-related virtues of windfarms? If you're the AWEA the answer is of course no no good grief what were you thinking? The Science Media Centre has some reactions most of which are also keen to minimise the relevance of this; the only one worth reading is by Stephen Mobbs.

The paper says "We find that generating today’s US electricity demand (0.5 TWe) with wind power would warm Continental US surface temperatures by 0.24 oC... The warming effect is... large compared with the reduced warming achieved by decarbonizing US electricity with wind". But what is even the correct measure? You should compare the (global) changes, not just the changes over the US... they say "Assuming emissions cuts are implemented globally, then the climatic impacts of wind power affecting the US in 2100 are approximately equivalent to the avoided warming from reduced global emissions" which I think implies a sort of net loss until 2100.

It's also true that "the direct climatic impact of wind power is immediate but would disappear if the turbines were removed, while the climatic benefits of reducing emissions grows with the cumulative reduction in emissions and persists for millennia". However, in line with my std.policy that you shouldn't care too much past 100 years out, I don't think you should weigh the effects out to millenia highly. You might also attempt to assert that warming at night when it's colder anyway is better than warming during the daytime, perhaps.

What I said last time


To be honest, I should quote what I said last time, though of course you can read it all from the link. Most of the previous post was debunking misunderstandings, but as to the GW stuff I said: But if you’re silly, like the Torygraph, you find yourself obliged to headline your story Wind farms can cause climate change, finds new study. The actual article itself isn’t too bad – it correctly notes this is a local effect, largely night-time only, and it permits itself a little speculation that if done on a large enough scale this might just be noticeable regionally. And, being generous, you could call this “climate change” – though to most people, “climate change” will mean global climate change, which this isn’t. That was true in the old context, which was just about small - by comparison with the considerations of the current paper - wind farms. But is perhaps a little too dismissive of the potential GW impacts.


1. Except Zhou was real observations not models.
Posted by William M. Connolley at 9:13 pm

Consider that the direct costs of wind might be the same as fossil fuels. Ignore the indirect costs of the chemical effects of CO2 on the oceans. Consider that if the climate impact of wind will always be larger than from burning fossil fuels over the next 100 years, then we would never stop burning fossil fuels until they run out if we follow your std rule of not looking past 100 years. Even after melting all the ice sheets, making most of the oceans lifeless and the tropics deadly hot.
Ok, ignoring that solar power's climate impact is an order of magnitude smaller. And the nuclear option.
Short termitis is a disease.. You make the wrong decision for the long term by only considering the short term.

I hope you get better.

If, hypothetically, wind and FF had the same impacts over 100 years then I think there would be no point preferring wind - unless other factors, like it costing less, came into play. Overall that's not a huge problem even if true, because solar.

You can't justify the 100 year magic number. It is just magic that 99 years matters, and 101 years doesn't matter.
Not even a high discount rate will justify such a position.

Make the wrong decision for the long term by only considering the short term.

Why are you obsessing over a "cutoff"? There isn't one. If you do it by discounting, there's just a tail. All I'm saying is that the tail is about 100 years long.

> Make the wrong decision for the long term by only considering the short term.

I think that's kinda faux-wisdom. It isn't true that erring on the long-term side is reliably "correct" or "better". People do have a tendency to short-termism, but that's different.


Not considering the "long-term side" is likely a failure, at least long term.

Yet one can fail in the short term as well.