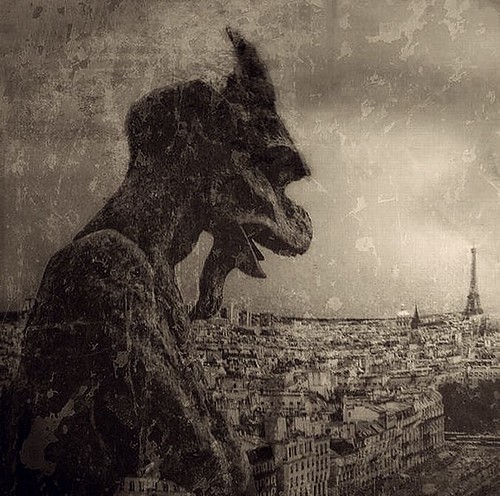 Says the NYer (arch). But screw that - which wasn't what BR said, anyway - instead of their interpretation let's just read the source, A Fundamental Reshaping of Finance, by Larry Fink, Chairman and Chief Executive Officer. It's addressed to CEOs; there's also a letter to clients.


As an asset manager, BlackRock invests on behalf of others... to people in dozens of countries trying to finance long-term goals like retirement. And we have a deep responsibility... to promote long-term value. Climate change has become a defining factor in companies’ long-term prospects... a risk that markets to date have been slower to reflect. But awareness is rapidly changing, and I believe we are on the edge of a fundamental reshaping of finance. The evidence on climate risk is compelling investors to reassess core assumptions about modern finance. Research from a wide range of organizations – including the UN’s Intergovernmental Panel on Climate Change, the BlackRock Investment Institute, and many others, including new studies from McKinsey on the socioeconomic implications of physical climate risk – is deepening our understanding of how climate risk will impact both our physical world and the global system that finances economic growth... Investors are increasingly reckoning with these questions and recognizing that climate risk is investment risk. Indeed, climate change is almost invariably the top issue that clients around the world raise with BlackRock... They are seeking to understand both the physical risks associated with climate change as well as the ways that climate policy will impact prices, costs, and demand across the entire economy... These questions are driving a profound reassessment of risk and asset values. And because capital markets pull future risk forward, we will see changes in capital allocation more quickly than we see changes to the climate itself. In the near future – and sooner than most anticipate – there will be a significant reallocation of capital.

And so on. Read the thing yourself. Most of you will mostly be happy with it. Some of it, ter be 'onest, is just a touch strange: What happens to inflation, and in turn interest rates, if the cost of food climbs from drought and flooding? Well, it might. But food production in the real world continues to increase, and I expect core-cost-of-food to continue to decline as a proportion of total spend, so becoming less important into the future. How can we model economic growth if emerging markets see their productivity decline due to extreme heat and other climate impacts? Well, emerging market productivity compared to the West is so much lower it would be weird if catch-up didn't get them a lot; mostly, they need to fix their crap governance1.

But most of it is sensible, and some rather telling: From Europe to Australia, South America to China, Florida to Oregon, investors are asking how they should modify their portfolios. Yes, that's their major question. Not "how can we make the world better?" just "what should we shift our money into?" That's how things are; the job of govt ought to be guiding them towards "good" answers2.


Govt will have to set frameworks, ideally wisely but there's faint hope of that so perhaps we can hope for not too unwisely:


Over the next few years, one of the most important questions we will face is the scale and scope of government action on climate change, which will generally define the speed with which we move to a low-carbon economy. This challenge cannot be solved without a coordinated, international response from governments, aligned with the goals of the Paris Agreement.


Ah, glorious. Companies, investors, and governments must prepare for a significant reallocation of capital... Disclosure should be a means to achieving a more sustainable and inclusive capitalism. I find this a bit odd, too. This is all addressed at least nominally to CEOs, remember. So he's beating them up about how they are threatened that capital will shift, but then the major theme turns out to be transparency, which is largely a red herring (you really don't need to read their reports to know that Exxon is mostly oil). So is this just PR perhaps?


There is also, as I noted, a letter to clients. It starts Since BlackRock’s founding in 1988, we have worked to anticipate our clients’ needs to help you manage risk and achieve your investment goals. This is something that I wish the govt employee non-biznis folk reading this would more clearly understand: biznis really does want to make it's customers happy; or at least, satisfy their needs. Not of course out of altruism; but because they want their money.

More words: Because sustainable investment options have the potential to offer clients better outcomes, we are making sustainability integral to the way BlackRock manages risk, constructs portfolios, designs products, and engages with companies. We believe that sustainability should be our new standard for investing... sustainability-integrated portfolios can provide better risk-adjusted returns to investors. And so on. But what of the actual concrete changes? Exiting Thermal Coal Producers  is one; that makes sense and by now is I think mainstream. Most of the rest is providing potential investors with more sustainable options and hoping they take them; Joining Climate Action 100+, but I can't say I'm keen on that.

1. Little else is requisite to carry a state to the highest degree of opulence from the lowest barbarism, but peace, easy taxes, and a tolerable administration of justice: all the rest being brought about by the natural course of things.

Antibiotics are terrible products to produce. New ones especially. Tend to be used in tiny volumes and not very regularly.

The market doesn't reward these. Too bad, as they save lives.

The US attitude to regulating drugs seems to be pretty stupid. How you've managed to make something trivially tradeable like insulin so expensive is a marvel.

Well, no, obviously it isn't. Or the USAnian's price for insulin wouldn't differ significantly from the European price. It's called "fuckwitted govt regulation".

Antibiotics isn't a problem caused by the USA. Regulation or anything other than capitalism.

An antibiotic is a horrible product from a capitalist point of view. Sure, it saves lives, but the usage (when used properly) is usually tiny, but quite unpredictable. So if enough is produced to meet possible peak demand, much will expire unused. Used for a few days, maximum.

One "solution" would be to encourage misuse of antibiotics. Like add to livestock feed. Overprescribe.

William, the main reason insulin is much cheaper in European countries (or Canada, for that matter) is the governments being involved in the pricing. That is "government regulation" in Europe vs "no government regulating" in the US. In Europe, governments take pricing into account in marketing approval, in the US there is no such mechanism. Because, you know, that would be messing with the free market...

Adam Smith said many wise things. Too bad that the least tested are usually the most quoted.

Marco: yes govt's fiddle with medicine prices everywhere, they have to give themselves something to do. But the idea that there is no govt regulation in the US as you appear to be suggesting is absurd. Even Vox is forced to admit to There’s also “extreme regulatory complexity” around bringing follow-on generic insulins to market.

CIP: obscure. Was there anything in particular you were thinking of?

William, it's not about there not being government regulation on the *approval* of drugs, it's about there being no regulation for the *pricing* of the drugs.

Again, the market is regulated in terms of the safety of the product allowed on the market, but not on price. Better thank the UK government on your knees is you are a diabetic that it fiddles with medicine prices, or many diabetics in the UK would have a significant reduced quality of life due to having to spend a lot more health care costs and many side-effects of poor compliance (due to the higher costs).

Yes, it is. Because it is what prevents cheap generics.

Cheap over the counter unregulated sounds like such a GREAT idea.

People probably need help from a doctor on how to use it; but there's no reason a doctor can't tell you how to use the generic stuff. The complaints are on cost of drug, not cost of advice.

"Yes, it is. Because it is what prevents cheap generics."

Clearly no. The exact same product is 8 times more expensive in the US than in the EU (and I happen to know the regulatory approval process in the EU in this particular case was more difficult). That is, Eli Lily can make money with a consumer price that is a factor 8 lower. It simply does not have an incentive to go that much cheaper in the US. Just a bit cheaper than the originator product, and you'll get your market share.

On insulin (well, not exactly, I only write that as a search term) and regulation: SSC: Reverse Voxsplaining: Brand-Name Drugs.