Germany Goes Greener With $95 Billion Push for Train Over Plane 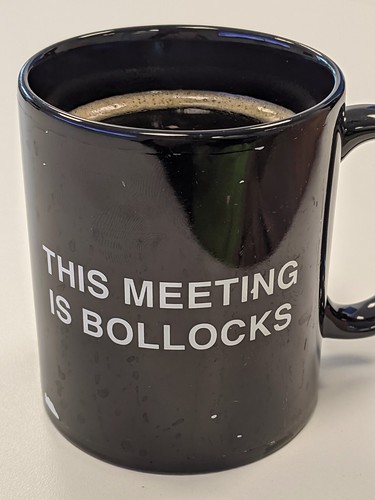 
Germany launched an 86 billion euro ($95 billion) plan to modernize and expand its creaky railway system, a move billed as an effort to make transportation greener. The 10-year plan is not only to upgrade rails, bridges and carriages but also build out capacity and electrify more routes so as to lure passengers from cars and planes. The federal government will finance 62 billion euros and state-owned Deutsche Bahn AG is to come up with 24 billion euros... DB, as the railway operator is also known, has been under pressure in recent years to improve punctuality and service standards as its fleet of aging trains failed to keep up with rising passenger numbers and its federal owner kept up pressure on the company to secure dividends. Currently only 58% of rails run on electricity and punctuality on long-distance trains was around 76% in 2019, up one point from a year earlier. Rail travel emits less CO2 pollution than air or road traffic. The company already slashed travel prices across the board by 10% on Jan. 1, after the government ordered a cut in value-added tax on tickets.

And so on. I like trains, really I do. Although I don't use them much any more (mostly, I'm happy to say, because I just don't travel that much any more). However, is what they've done a good idea? How would you even know? If your answer is "yes it's obviously a good idea" then my reply is "but would $195B be better?" Because if it would be, then they've made a distinctly sub-optimal choice, so calling it "good" is odd. If you believe that pols are generally not just wise and well advised, but also able to put aside lobbying pressures and party politics, then you might believe that they've picked the right number. Presumably you'll also believe that HS2 is also a great idea. And can I interest you in this fine bridge I have for sale?

How might we do it otherwise, and use something other than the undoubtedly unsurpassable wit and wisdom of pols? Well, if you don't like hairyplanes because they emit CO2, then you should tax CO2. Which would increase the costs of hairyplanes. If people still flew too much after that, then you'd know that Johannes Public doesn't agree with the pols.

Which brings me back to a rather short conversation with mt on Twatter recently. Well, less of a conversation and more him posting something and me replying. And my reply was to push the prices-as-information theory a-la Hayek. Of which DB's upgrade is not an example. People can signal how they wish to balance cost and convenience by whether they choose to buy plane tickets or train tickets. At the moment the Govt thinks they are buying too many plane tickets. Given that preference, you'd expect investment money to flow into hairyplanes, and that seems to be true. Deciding that you don't like that, and just dumping a wodge of money on DB, is likely to be inefficient. Because how will they know just what to spend it on?


* The collection of resources for government financed or sponsored investment often has a substantial disincentive effect on saving, effort and enterprise...  Peter Bauer, Dissent on Development.
* Slow travel by ATTP
Posted by William M. Connolley at 9:58 pm

Isn’t spending money on trains like a negative tax? How do you know your tax level is right? The same argument seems to apply either way.

Not quite like a negative tax; well, it would be a like a tax, if you taxed just railways. Or just taxed hairyplanes. It requires govt coming in and picking winners / losers, which has a long history of failure. But a carbon tax is, I would argue, more general. Yes, you still have the question "is the tax at the "right" level", like you do for income tax. That element is close to unavoidable (though for carbon tax you can use SCC).

In order for a tax (or rate hike) to have an impact on consumer behaviour, the consumers need a viable alternative (“viable” is a blend of affordable, available and convenient). This is especially true when the main usages of fuel – space heat and transportation – have low price elasticity. The investment in the train system helps provide a (more) viable alternative to air travel.

Yet another example of how a carbon tax on its own is much less efficient than a carbon tax with other incentives and initiatives.

I agree that you need alternatives, or pressures for same. But why would DB (or a private company: recall that trains were originally built by private companies) not raise the money themselves from bonds?

> “I agree that you need alternatives. But why would DB…not raise the money themselves from bonds?”

They are raising part of it. But for more you’ll have to ask DB’s board of directors.

Regardless, the point remains that a carbon tax and gov't incentive programs/subsidies/investments are more effective together at changing consumer behaviour to go with lower emitting alternatives than a carbon tax alone.

To further this point, look at the example of home space heating. The cost of fuel does not significantly impact the level to which people heat their homes (weather does). A carbon tax does not directly significantly reduce space heating fuel use. Nor is it enough to get people to rip open their walls and slap in more insulation (it might turn a 30 year payback into a 25 year payback and most consumers don’t even bother doing payback calculations). However, a carbon tax along with a subsidy or financial incentive for adding insulation has a much better chance of impacting behaviour (hint: consumers are more responsive to discounts than they are operational savings). Better yet, you can at the same time push the building codes and standards to require new homes to have more and more insulation requirements.

Personal vehicle usage is another area with low price elasticity. A carbon tax (or any other rate hike) does not significantly reduce the km people drive in their cars. Nor is it enough to get people to switch from an ICE vehicle to an electric vehicle. However, a carbon tax along with a subsidy or financial incentive for purchasing an electric vehicle has a much better chance of impacting behaviour. Moreover, public investment in public transportation would improve the convenience factor of switching to other modes of transportation.

Your attempt to argue for you “carbon tax and everything else is dumb” strategy fails to address behavioural economics – namely that price inelasticity and the current lack (or perceived lack) of viable alternatives makes a tax (or any rate hike) rather weak on its own. A better solution is a combination of carbon tax, incentives/subsidies, public investment in R&D/infrastructure costs for alternatives followed by improved design standards/regulations/laws to push the worst stuff out as the better alternatives becomes more viable. It addresses the realities of price (in)elasticity and consumer behaviour.

> Personal vehicle usage is another area with low price elasticity

I think this alone is true, but your analysis is too static. Because people's desire for personal vehicle's is inelastic, information like fuel price increases leads (in a perfect world) to electric vehicles (or a tendency towards same) and so on.

> “Because people's desire for personal vehicle's is inelastic, information like fuel price increases leads (in a perfect world) to electric vehicles (or a tendency towards same) and so on.”

That’s not how it works.

Fuel cost/fuel efficiency is one of many contributing factors in consumer’s decisions. Price, safety, availability, size, “status”, etc. also come into play. A carbon tax may push some early-adopters to consider the purchase of an electric vehicle but the incremental costs, issues with charging station and vehicle range, cold weather performance and lack of power (perceived or otherwise) may persuade them not to. You need to remove those barriers (or the perception of those barriers) before you can get early-majority adoption. Incentives, subsides, support for R&D and infrastructure all help with that. Late-majority comes with market maturity typically and laggards sometimes you deal with through increased standards or regulations.

Your qualifier “in a perfect world” highlights your issue. Consumers aren’t nearly as rational as the old Chicago School of economics thinks. Heck, the world of marketing is based around manipulating consumer’s irrationality.

Consumers suck at life-cycle costing. Even big, sophisticated industrial customers don’t care as much as they should about life-cycle costs because that’s an operating budget issue (i.e. maintenance group issue) but they (i.e. special projects/design/purchasing) are tied by capital budgets. However, in both cases, you give them a financial incentive to decrease the upfront costs and all the sudden they’d be stupid not to buy! This thing on Amazon is 37% off! I’ll take twelve! Doesn’t matter that the “base” price was inflated such that the actual sales was more like 10%. This is why incentives/subsidies work to change behaviour.

What’s interesting about consumer behaviour is there’s often a divide between what people say they want and what they actually end up getting. Americans say fuel efficiency ranks as a top priority in vehicle purchases[1] but the top selling vehicles in America are (1) F-Series (truck), (2) Ram (truck), (3) Silverado (truck), (4) RAV4 (SUV) and (5) CR-V (SUV)[2]. One could argue that a consumer could still prioritize fuel efficiency within their desired class of vehicle but then that would mean that class of vehicle is the most dominate factor (and people don’t care about fuel efficiency when considering class of vehicle).

Simply put, consumers are not rational actors where if you send a price signal, they will adjust behaviour to match. People misunderstand price signals, can give them too much or too little weight, can be biased by other factors and are disproportionately impacted by price signals (rich = less sensitive, poor = more sensitive). And of course this also means that they won’t always rationally respond to an incentive or subsidy (sometimes to your favour, i.e. over valuing the incentive or concept of a discount). You need a blend of many different things.