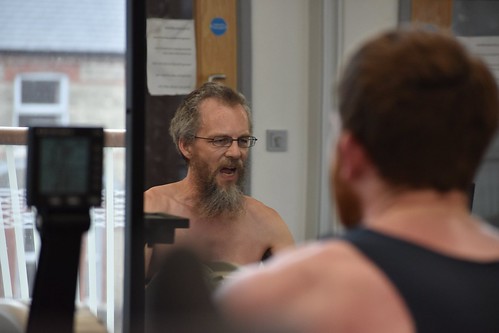 CIP read Homo Deus but didn't really review it. I however am fearless. I was glad to get a chance to read this (it came as a Christmas present, welcomely as a second-hand book) because I'd heard good things about Sapiens. I haven't read that, so I don't know if much of this is recycled from that, but it somewhat feels like it is. However, I didn't get on with it: sorry.

The main point is that it is fat. Bloated. Obese. 100 pages in and he has barely said anything; a page or two would have sufficed. And the few things he has said are unexciting.

He's also careless. Planck is made to say "science advances one funeral at a time" on p 30. But he didn't say that. He said Eine neue wissenschaftliche Wahrheit pflegt sich nicht in der Weise durchzusetzen, daß ihre Gegner überzeugt werden und sich als belehrt erklären, sondern vielmehr dadurch, daß ihre Gegner allmählich aussterben und daß die heranwachsende Generation von vornherein mit der Wahrheit vertraut gemacht ist whose English equivalent is A new scientific truth does not triumph by convincing its opponents and making them see the light, but rather because its opponents eventually die, and a new generation grows up that is familiar with it. This is trivial but suggests that his scholarship, whilst wide, is shallow.

On p 106 he cites Numbers 28 for the statement that the old Jewish temples were swarming with black flies. Of course, that verse says nothing to that effect. And notice what a cheap reference that is; there are many many other statements he makes that should be reffed, in anything vaguely scholarly, but he doesn't. He only tosses off the odd cheap reference, presumably to look good.

Around p 119 there's a jejune1 discussion of why evolution tends to inflame the passions more than relativity, which (characteristically) he broad-brushes into the untrue "no-one gets angry about relativity". Evolution, he brilliantly deduces, inflames people because it is incompatible with having a soul. But of course it isn't (he knows this; on p 122 he comes close to admitting it; but when you're writing at the rate he is, and when you outrank your publisher's reviewer, you're not going to go back and correct your flow).

Part, perhaps much, of the bloat comes from our author being interested in many things, and insisting on weaving those things in, even when he has nothing to say. From p 123 we get a multi-page disquisition into consciousness, which amounts to little other than "we don't know how it works".

He isn't very interested in science, and shows it about as much respect as the Watties. We repeatedly hear about "current scientific dogma" (e.g. p 139). Or "classical economic theories maintain that humans are rational calculating machines" (p 163) - a regrettably unoriginal piece of drivel.

And so ends part 1. Part 2 starts by saying that humanism is the worship of mankind. This is stupid. Probably, he is just trolling. But he needs to do better; he hasn't got much more credit and I will be giving up soon... ah, his trick is becoming clearer. Perhaps it was worth reading: his defn of "religion"  is "to believe in a system of moral laws that wasn't invented by humans but that humans must nevertheless obey" (p 213). But this is a poor trick, and doesn't justify his use of the word "worship". I think... I "believe in" a system of moral laws that was "invented" by humans, though that might depend on how you define the word "invented". So even by his rather creative defn, I'm still not religious. Phew.

On p 222, he tells us confidently that the pope never makes a mistake. This is nonsense. As the good book sayeth, Papal infallibility is a dogma of the Catholic Church that states that, in virtue of the promise of Jesus to Peter, the Pope is preserved from the possibility of error "when, in the exercise of his office as shepherd and teacher of all Christians, in virtue of his supreme apostolic authority, he defines a doctrine concerning faith or morals to be held by the whole Church."[1] Infallibility is, according to the New Catholic Encyclopedia, "more than a simple, de facto absence of error. It is a positive perfection, ruling out the possibility of error".[2]

At that point, I gave up. Looking for a review, I find the Economist:


Although there is plenty to admire in the ambitious scope of this book, ultimately it is a glib work, full of corner-cutting sleights of hand and unsatisfactory generalisations. Mr Harari has a tendency towards scientific name-dropping—words like biotech, nanotechnology and artificial intelligence abound—but he rarely engages with these topics in any serious way. Instead, he races along in a slick flow of TED-talk prose. Holes in his arguments blur like the spokes of a spinning wheel, giving an illusion of solidity but no more. When the reader stops to think, “Homo Deus” is suddenly less convincing, its air of super-confidence seductive but misleading.

"Homo Deus" is a pretty slight book compared to "Sapiens" but I feel obligated to give you a hard time, so here goes: My main critique is that you go a hunting nits instead of engaging his major themes. Even your nit picking is questionable - his version of Planck's statement may not be literal, but it is both pithy and essentially equivalent - though I've heard versions of this attributed to other physicists, including Kelvin. It is true that Numbers 28 does not explicitly mention flies, but I think I can guarantee that if you go slaughtering and cooking up all that meat in Jerusalem, you will get a swarm of flies. Also, he is defining humanism as the worship of mankind and I don't think your casual dismissal carries more weight than his attempt to group it with other religions.

But let us get to the major themes of "Homo Deus," and the reason that it has made Harari a celebrity in Silicon Valley and the general technosphere: the twin technologies of artificial intelligence and genetic editing are in the process of utterly transforming or perhaps utterly replacing human life and culture. He is not the first to think such thoughts but he makes an attempt to extrapolate plausible consequences. He brings these themes to a wider audience.

So I recommend that you redo your review.

> he is defining humanism as the worship of mankind

But you can't do that. You can't take a word with an accepted meaning and give it a new one, without explicitly stating you're doing such a thing, and even then it's going to be confusing. Do so without the statement is very definitely confusing. It smacks of arrogance to me: he thinks he can simply do this kind of junk, cos he's famous.

As for the good bits, perhaps those were in the second half, but if they amount to little more than "AI! Gene edting! Woo!" I'm not going to wade through 200+ pages to find it.

It's hundreds and hundreds of pages long. He gives Ayn Rand a run for her money.

But, happy new year. I was beginning to wonder if you were still alive :-)

Happy New Year to you!

I read all three of his books and enjoyed them while I was reading them. I can't remember anything he wrote, however.

You're back! We rejoice.

Are they though? I don't know all that much about gene editing, but the AI hype certainly seems to be dying down.  I mean, we've gone from fully self driving cars being due this year to them now being at least a decade or two away.  Yes, some neural nets are very impressive in a few limited areas like image recognition and playing games with simple well defined rules, therby allowing huge amounts of server time to generate a massive amount of training data.  But in lots of other areas it's pretty ropey.  In my domain (seismic data analysis) people have been chucking neural nets at tons of problems, and most of the time it can't produce a better result than a graduate with a week or two of training, or something simple like median filtering.  At best it can be used to automate some QC and a few other rudimentary bits and pieces.