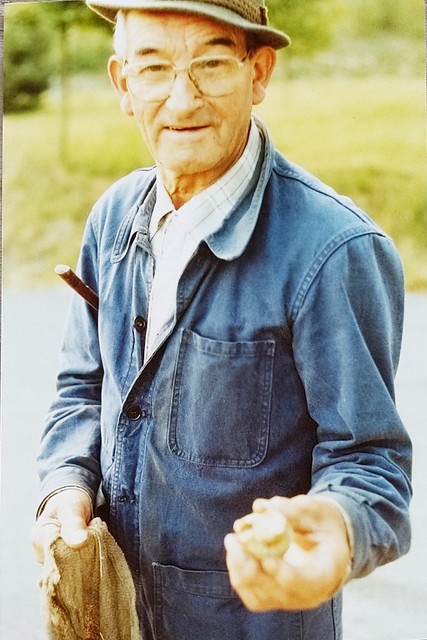 Vaccine rollout begins, but I notice a curious lack of numeracy, or so it seems. Sometimes numbers are reported, sometimes vague deadlines like "spring" or "autumn". I wonder, how does it stack up?
The UK govt plan says we have already vaccinated over 2 million people, and are on track to deliver on our commitment to offer a first vaccine to everyone in the most vulnerable groups by the middle of February. Later, "mid" becomes clearly "15th"1, and the four groups are those in care homes; 80+ and frontline health and social; 75+; 70+ and clinically extremely vulnerable1.
Update: (thx AS): note that "offer", above, is weaselly. If they offer appointments for three days in advance, then on the 15th they can claim to have "offered" everyone an appointment. Furthermore, are they factoring in the proportion who will decline, when offered?
And the numbers are then 0.3 + 0.5 + 3.3 + 2.4 + 1.4 + 2.3 + 3.2 + 1.2 = 14.6 million, unless I've miscounted (ah, but they says that total priority cohorts 1-4 is ~15 million). Since we're currently on ~2.4 million vaccinated (we claim 2.4 million, OurWorldInData says 4.2% which I make about 2.8 million; and I'm accepting first-dose-only as good enough for now), that's an additional 12.2 million in 34 days, or  375 k / day. Our current best rate looks to be a shade under 200 k / day, so... we're not going to make it. The plan says By late January we aim to have the capacity to vaccinate at least 2 million people each week, but that is somewhat under 300 k / day, so even if we hit that target, it won't be enough. And that's assuming working seven days a week, which I think we currently aren't.
So even on their own terms, they won't hit their target, and yet they claim to be "on track". And, here I return to my point about numeracy, they carefully avoid calculating the rates they need and seeing if they are indeed on track.
Did I get my numbers right? I find this (sorry, it's the Sun) which talks about 13 million by mid-Feb, so I think my 14.6 is about right. This, from Sky, says 14 million in six weeks, and agrees with my calculation of ~400 k / day (although the "conclusions" section seems rather muddled to me).
FWIW I think that, in retrospect, we were far too slow at approving the vaccine, and should have accepted greater risk.; and wasted our opportunities when the infection rates were low However, I didn't say that at the time so can't really complain at other's lack of prescience; and doubtless there would have been endless hand-wringing from the usual suspects if the vaccine had been "rushed".
My picture shows a French snail-collector, somewhere near Verdun, who I met one misty morning in 1989, on my way to Nis.

It would appear - quite to my surprise - that we have indeed met our target. Unlike those useless furriners in the EU, who have resorted to lying about it; happily for them the Graun is happy to publish their lies.
But as of this morning we're claiming 15,062,189 and I see no particular reason to doubt those numbers. Everyone is sounding happy, the govt is rolling in credit, and pressure for ending lockdown is starting to grow. Could people - gasp - be allowed to go on self-catering holidays?
Incidentally, there's a strong weekly pattern in the vaccination rates; I haven't seen anyone explain them.

* Open Borders and the Environment by Bryan Caplan
* Reflections on the President’s Conduct by Robert A. Levy - Cato: In short, President Trump’s conduct has been unacceptable. To be sure, the nation needs time to heal. So, the decision – urged by some observers – to impeach the President a second time, or remove him from office by invoking the 25th Amendment, may well hinge on prudential rather than legal assessments. Still, at a minimum, a congressional censure – joined in particular by Trump’s Republican enablers – would be both welcome and warranted.
* Don't Hate the Political Players; Hate the Political Game by Veronique de Rugy
* Convenience vs. Social Desirability Bias by Bryan Caplan
* So near and yet not quite… - JEB
* London to start trialling first 24-hour Covid vaccination centres in January - Graun. Includes graph of on-track-ness.
* Does the Theory of Externalities Justify the Reaction to SARS-CoV-2? - DB
* Free Markets Beat Central Planning, Even for COVID-19 Tests and Vaccines
* Minimum wages. People are not all the same.
* They were good questions then and they remain good ones today. From The rediscovery of character: private virtue and public policy by James Q. Wilson in the Fall of 1985 - TF.
* Richard Yetter Chappell on Lessons from the Pandemic by David Henderson
* Markets are good at allocating resources by Scott Sumner
* Walter Williams; The State Against Blacks: on the racial effect of the minimum wage laws.
* Fidelity to the Rule of Law demands not only that a government abide by its verbalized and publicized rules, but also that it respect the justified expectations created by its treatment of situations not controlled by explicitly announced rules - Lon Fuller.
* And by bizarre co-incidence from that last quote, the EU's mask slips; see-also Marina Hyde taking the piss.
* Equality of income, he argues, is less important than the “more attainable” goal of social or civic equality - via TF.
* Will Walmart Save America?
* In Praise of CVS by David Henderson
* The COVID confidence man by Scott Sumner - one shot or two? Not everyone is happy with that nice Dr Fauci.
* CDC says fully vaccinated Americans can gather indoors without masks - 2021/03; Graun.
* Covid-19: UK rejects 'false' vaccine export ban claim by EU - those funny furriners are still flailing around for someone other than themselves to blame for their incompetence.
* Killer Lockdown: 43,000 Non-Covid Excess Deaths at Home Since Last March

1. Although on the 31st, it became "We have a target to get the most vulnerable vaccinated by late February".
Posted by William M. Connolley at 9:49 pm

Plenty of time for it still to go wrong, but I agree, it is looking pretty good. FWIW, the govt's own official figures are easy to read now.