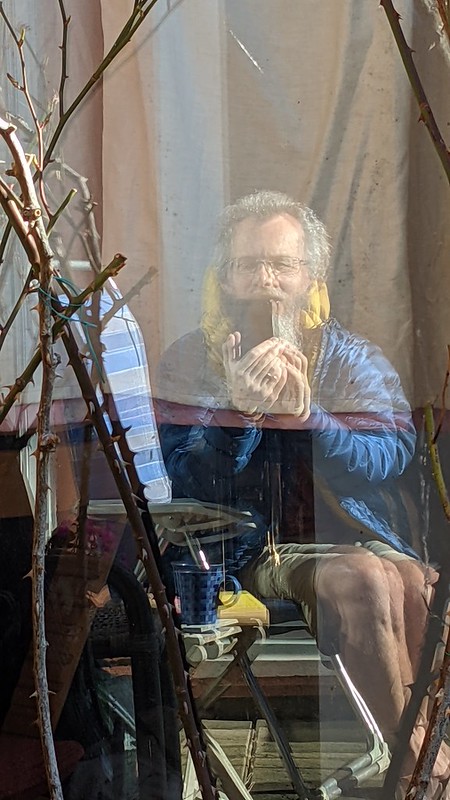 Not the real supreme court, of course, just the UK one. From the Beeb:

It did not give the home secretary's assessment the respect which it should have received, given that it is the home secretary who has been charged by Parliament with responsibility for making such assessments, and who is democratically accountable to Parliament for the discharge of that responsibility... The Court of Appeal mistakenly believed that, when an individual's right to have a fair hearing... came into conflict with <something else>, her right to a fair hearing must prevail.

I find stripping someone of their citizenship dubious, and the home secretary's rational for refusing entry ditto, but those aren't the issues I'm interested in here, rather it is... primarily, just how much money-aka-resources should we fling at men-in-wigs?

And this is in regard to Adam Smith's acute

Little else is requisite to carry a state to the highest degree of opulence from the lowest barbarism, but peace, easy taxes, and a tolerable administration of justice; all the rest being brought about by the natural course of things. All governments which thwart this natural course, which force things into another channel, or which endeavour to arrest the progress of society at a particular point, are unnatural, and to support themselves are obliged to be oppressive and tyrannical.

Searching around for that quote, I find Timmy saying roughly what I want to say, and indeed what I've said before: that we should take "tolerable" seriously; that flinging too many resources at abstract justice isn't a good idea. Sadly that wasn't any basis for today's ruling - well, it's not the kind of thing you expect meninwigs to say.

Secondarily, there's an issue of the balance between executive and judicial branches. Which I personally feel has tilted too far in the direction of excessive judicial review recently, so I think did not give the home secretary's assessment the respect which it should have received is good.

You might say, where is my sympathy for SB? I have little-to-none. Functionally, none. If I was going to be sympathetic to poor folks abroad, I'd put the poor sods in Yemen, Somalia, Syria all suffering through no fault of their own waaay above SB. And I'd rather use all these judicial resources more fruitfully in the UK, where any number of cases are disgracefully delayed.

* When can governments revoke citizenship? - The Economist

* From page 208 of Lord Acton’s late-1890s lecture “The Influence of America,” as this lecture appears in Essays in the History of Liberty: Selected Essays of Lord Acton, Vol. 1.

When SB was blocked from returning to the UK by the Home Secretary she was subject to Crown rules.
When her citizenship is removed by the courts she is subject to judicial judgement.
(The wonders of an unwritten constitution !)

> When her citizenship is removed by the courts she is subject to judicial judgement.

But her citizenship wasn't removed by the courts; it was done by the executive.

Stupid 15yo girl goes to IS, experiences traumatic shit and wants back to her true homeland. Homeland says nope. That's cruel.
German citizenship can only be removed by the gummint when the person has got another citizenship. IS was no acknowledged state, therefore German IS-joiners will not lose their citizenship.

@-WC
"But her citizenship wasn't removed by the courts; it was done by the executive."

Well, to get into the largely semantic detail...
Her father was a Subject of the Crown, the executive argues that she is also a subject and can claim Bangladeshi citizenship. Therefore they are not making her stateless.
Although they don't want her either.

If she IS a citizen then while the executive can remove that, it is dubious the removal is legitimate so it can be taken to the legislature to determine.
It all comes down to the difference between subjects of the British Crown who were distinguished from citizens (born here) in 1949.

It all seems a little extreme for a teenager who was radicalized at 15. A measure of the performative paranoia government indulges in to keep 'terrorists' as the enemy as a distraction from more significant problems.

"Little else is requisite to carry a state to the highest degree of opulence from the lowest barbarism, but peace, easy taxes, and a tolerable administration of justice; all the rest being brought about by the natural course of things."

And a welfare state, or state school, or the NHS or etc etc, William? Is there wiggle room under 'peace' or 'little else' for all that?

I think you're misusing the word "semantic"...

> so it can be taken to the legislature to determine...

and seem confused about the different branches, which is odd. Did you mean to write "judicial"? If the exec have unlawfully removed her cit then the meninwigs can say so, in which it will be up to the exec to restore it; but having the meninwigs say it was wrong doesn't of itself restore the cit.

> It all seems a little extreme for...

You're welcome to bestow your sympathy where you choose; I've already offered my opinion.

> Is there wiggle room

I'm not sur that's a well-formed question. That pretty well all modern states have chosen to run state schools is not, IMO, evidence that it is necessary. The absence of an NHS is clearly not necessary, since only in the UK do we indulge in this bizarre form or worship.

A difficult question to answer with precision; and at the moment, a pointless one to attempt to answer, since we're so far away from it. I've said this before.

Historically, an easy tax was the 93% marginal tax in the UStates under President Eisenhower (R), because it didn't hamper economical growth.