More wank about science as a social construct 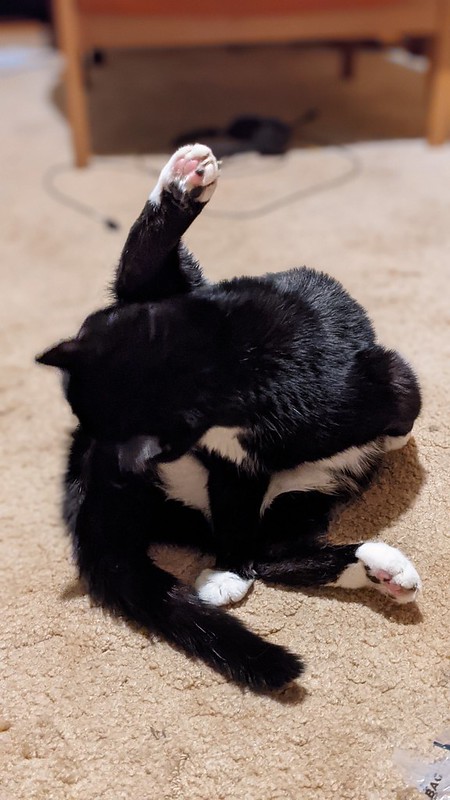 Every now and again there is a minor flare-up in the "science is a social construct" war1. Real Scientists, of course, ignore this stuff and get on with doing science, because that is what scientists do. I don't think I've got anything new to say, so this post is mostly for my own benefit. I wrote about Science in 20142.
And then Carl T. Bergstrom offers Here’s a short explanation of why the socially constructed nature of science matters. But does he deliver? I think not. He asserts Yet science is not the inevitable One True Path to knowledge about the material world. Rather, science operates via a set of norms and institutions jury-rigged to operate atop the evolved psychology of one particular species of ape. If bees did science, I suspect it would look altogether different but that is but an assertion, and his personal opinion. Whilst it is true - and indeed little better than the bleedin' obvious - that science in everyday use and practice is part of human culture, and hence contingent and shaped by our biases, it isn't at all clear that the output of science in terms of understanding of the world is so shaped. By science, of course, I'm excluding all the wiffly social-science stuff, whose output is inevitably part of and shaped by human culture.
Indeed, arguably - and I do so argue - Science is all the bits that aren't contingent and human-shaped; Science works, bitches; things that don't work aren't; and things that do work get absorbed into it.
I suppose I should make it clear that I'm not arguing that all writing about science is worthless; The Structure of Scientific Revolutions isn't, for example.

* Is Bruno Latour a useless ponce?
* THE ACCIDENTAL CLIMATOLOGIST Of OLD ALGIERS (the first title was the best).
* LORD MONCKTON FEARED LOST IN THE MANDLEBROT SET (and again)
* The social construction of science - ATTP gets it wrong
* [the writings of Jean-Jacques Rousseau] displayed just the right mixture of noble sentiment, lofty rhetoric, muddled thinking, and disregard for reality to attract those intellectuals who, like him, refused to “tolerate the world as it is - Richard Pipes, Property and Freedom.
* Renaissance Science – V
* Trapped Priors As A Basic Problem Of Rationality - SSC/AST - not quite correct I think (it assumes everyone remembers everything; instead, we have filters which reject stuff we don't like, so no updating occurs) but interesting.
* Canceling Is Powerless by Freddie deBoer - discussed by EconLib.
* Who gains under non-price rationing?

1. For example, that naughty Dawkins says "Science is not a social construct. Science’s truths were true before there were societies; will still be true after all philosophers are dead"; some idiot pops up to say "what's "objective reality""; and someone else will say "science is able to uncover information about whatever is being studied that can allow us to develop an understanding that could converge towards something that we accept as being essentially true (even if absolute truth isn't possible)".

2. Note the quote at the end of that. Another defn of Science - I say because I'm fond of linking to this post - might be "the thing that advances one funeral at a time".

I tend to use aliens rather than bees in this discussion and expect that when we get into contact they will likely have been interested in other topics and sometimes understanding will have progressed more in one of the groups, but in the common part Science A would map onto Science B.

For this I have no arguments or evidence, just like Bergstrom. This is thus firmly in the category: fun use of a brain, but not science.

Some very nice titles in your references.

I have to keep my readers engaged.

I'm glad I clicked through the links to ATTP's tweet because it finds me in the unusual (and odd) position of agreeing with him. And you,I suppose (slightly less odd) - if we're just saying science is stuff that 'works' then I'm all in. Instrumentalism, in other words. Predictions that survive some or a lot of testing.
I think you could do more to distance this (if you were so minded) from Dawkins and his fundamentalism about scientific truth. He should read himself some Hume.

Well, what that means is going to depend on what you mean by "Science", no? Since he clarifies OBVIOUSLY by “science’s truths”, I meant the truths about the real world that science aspires to find, NOT scientists’ beliefs during any particular historical era – phlogiston, etc.

So that seems fine. I feel no need to distance myself from that. Would you disagree? His clarification continues somewhat more combatively My point was only that there’s such a thing as objective reality, which I'm also happy with; are you? And then – denied by postmodern pseuds. I think I'd be happy enough to say as much myself - see link to LaTour, refer also to Intellectual Impostures - and https://en.wikipedia.org/wiki/Postmodernism can easily be read in support.

I'm going to have to apologise for not having bothered to read Dawkins second tweet - I assumed his position was as it was for decades - that, say, Darwinsism as understood by the likes of himself is itself a TRUTH. But it seems he's grown out of his fundamentalism. Perhaps someone else pointed him in the direction of the saintly DH and he realised his error.
But yes, my mistake.
Having said that, I'm still a little suspicious of his "Science's truths". What you describe as a clarification feels to me more like a contradiction. Especially because in his first formulation he has truths - and minds "..to NOTICE them". I don't think he's given up his fundamentalism at all. If 'noticing' absolute eternal truths is all it takes, why bother with tentative conjectures, plentiful refutations and science as something that's the best we've got for the time being?

Be careful what you objectify, especially if you're a Bayesian

"notice" means the obvious: that the truths exist independently of people to notice them. Which is the same thing as saying that objective reality exists.

Assertions like Mr. Bergstrom's always prompt me to ask "what do you mean by that?" I am happy to concede, for example, that Spain is a social construct, as opposed to the Iberian Peninsula, which is a geological construct. Physics, of course, is a social construct, but the Solar System, not so much. Mr. B. adds the qualifier "...is not the inevitable One True Path to knowledge..." If he had just shut up at that point no (or at least, not many) would quibble, but he goes on from the obvious to the utterly inane.

The fact is that science, despite being neither inevitable nor the One True path has proven remarkably successful at uncovering truths about the material world never grasped nor exploited by bees, birds, nor our primate cousins. Should intelligent aliens park their flying saucers on the White House lawn tomorrow, I would be willing to wager that they too, had come up with something like science.

I think the conversation gets skewed somewhat by a social need that science be socially aware. As white lab coats have displaced cassocks and robes for so many needing a belief system, there is a desire amongst some to have science be drafted into a strong social role.

Sadly, some scientists succumb to this temptation.

@Tom - I think that it is quite appropriate for scientists to take a strong social role, at least on topics that have large scientific content. Society has always needed priests and rabbis to interpret reality and scientists know a lot more than either.